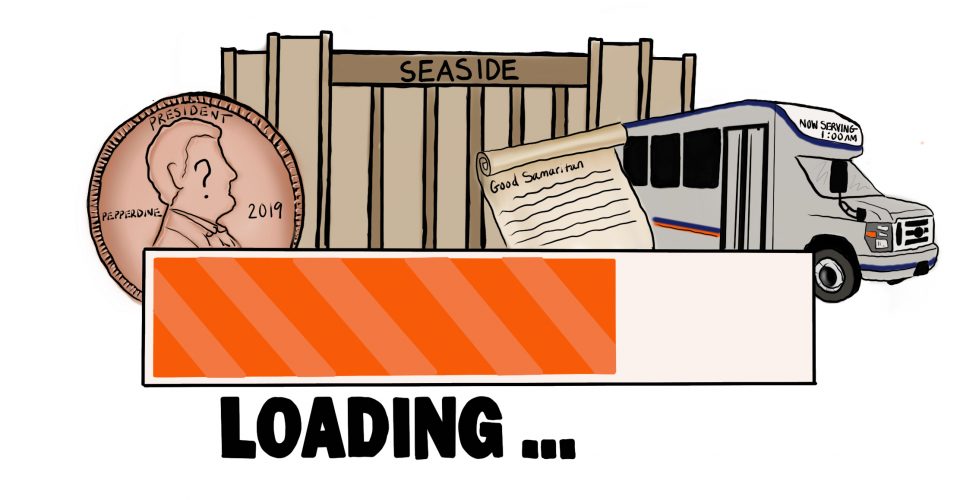 While Pepperdine is an ever-changing campus, it is rooted in its mission of purpose, service and leadership. It is rooted in Christian values, along with seeking the improvement of student life, and stimulates fellowship. The university empowers students to enact positive change that serves their community. With this ability to affect the evolving culture of Pepperdine, students can create a community that is uniquely theirs.

The past academic year introduced a wave of changes to Pepperdine. The most notable of these changes was President Andrew K. Benton’s announcement of his stepping down after the 2018-2019 academic year. As Pepperdine’s longest-serving president, Benton has guided the university for over 18 years, maintaining a close relationship with students. As a result of this leadership style, the Pepperdine community often refers to Benton as “the Student’s President.”

While Benton’s leaving might bring about a feeling of uncertainty, it in fact provides an opportunity for future transformations within the university. A change in leadership will provide a source of new ideas, perspective and experience on campus. It will be a large adjustment, but one that is productive and positive.

Growing class sizes called for a physical change to the campus, culminating in the construction of Seaside Residence Hall. Construction for the 458-person, suite-style residence hall began in December 2016 and should be ready for students to move in Saturday. The months of construction have included road-blockage, early-morning construction and turning off water for Lovernich residents. Although the process has not always been convenient, the new on-campus building has the possibility of bringing the community closer together and increasing campus involvement.

Change has also come about in school policies. After an off-campus party involving members of the Delta Tau Delta fraternity in fall of 2017, Pepperdine’s Good Samaritan policy was widely debated and has since resulted in a revised, more clarified policy going into the current school year. The policy was created through several conversations between administration and student leaders and through online surveys to the student body.

In April, senior Elijah Zoarski’s installation piece enforced pressure to rewrite the Good Samaritan policy by including over 90 anonymous reports of alcohol-related incidents worsened because students were afraid they would not be protected under the current law at that time.

The art installation covered Pepperdine’s Freedom Wall and was also taken online through a student-made YouTube video. Zoarski’s call for change started as an in-class project in which a survey related to parties and the Good Samaritan Policy revealed shocking answers. He said responses showed this issue was “bigger than a school project.”

Students have proven they are not afraid to use their voice and take action in matters that are important to them. They choose to embrace change, utilizing it to create a campus that welcomes diversity. In raising concerns about central social justice issues, such as the refugee crisis and the #MeToo feminist movement, students sparked conversation and debate across campus.

In fall of 2016, students inspired the removal of the Christopher Columbus statue. They put together a “Waves Against Columbus” protest where they argued against having a statue that represented “a celebration of genocide and racial oppression.” Throughout this protest, members of the administration such as Dean Michael Feltner and Benton, said they respected the students’ peaceful process of enacting change.

These changes are not limited to protests and sit-ins, but include learning the ability to mitigate during contentious times. At a time where many colleges could not safely host conservative political commentator Ben Shapiro, his lecture in April encouraged campus unity rather than division. Those with differing views were encouraged to listen and ask questions focusing on creating a dialogue rather than an argument.

For students returning from abroad, Pepperdine certainly is not the same as it was before. Its skyline now has the addition of Seaside Residence Hall; its president is enjoying leading his final year; and policies have been revised. However, these are just elements of Pepperdine’s inherent quality as an evolving community.

This week is one of incredible change for the freshman class. Pepperdine as a whole is a new milestone in their lives, one that will be filled with many exciting developments to come. With them comes new insight and creativity that they can use to improve the campus and create smaller communities in which they truly feel at home. In following in the footsteps of their predecessors, the freshmen have the power to create movements and adapt the unique culture of Pepperdine.

Pepperdine’s campus is and has always been one of continuous change, fine-tuning the machine that is the university. Students should take advantage of this and, with previous students’ actions as inspiration, be active participants in the campus’ evolution. This ensures that the community remains inclusive, safe and innovative while remaining true to its mission of purpose, service and leadership. 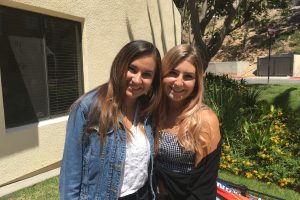