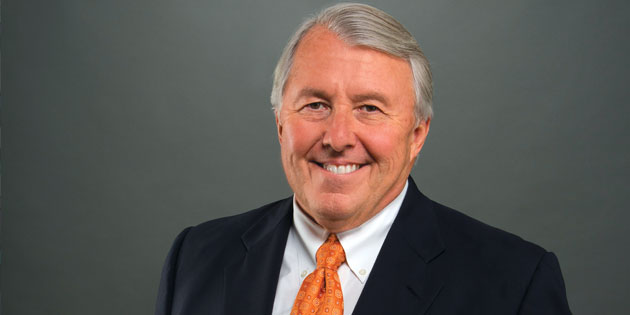 Pepperdine University’s President Andrew K. Benton announced this morning his plans for stepping down from his presidential role and the university’s search for a new president.

In an email sent to the Pepperdine community, Benton wrote that the search for the university’s eighth president will begin in August and will end at the end of the 2018-2019 academic year. He has served as the university’s seventh president since 2000 — making him the longest-serving president in Pepperdine’s 80-year history — and he is often known as “the Students’ President.”

“On Tuesday of this week I asked the Board of Regents to begin the process for selecting a new president for Pepperdine University,” Benton wrote in the email. “This is a significant change that, while difficult, we believe comes at just the right time – for Pepperdine, for our students, and for us.”

“We are so fortunate to have a President who believes in the value of international education,” Hall said. “He will have a lasting legacy in International Programs. I’m personally going to miss him a lot…he has been a terrific leader!”

As Benton concludes his final year of his presidency in 2019, he hopes to see the completion of projects already underway, including the conclusion of the Seaside Residence Hall construction, the School of Law renovation, “plans for a revitalized Washington, D.C. program and facility,” and the garnering of funds for a new student recreation and events center, according to a press release from Benton’s office.

“As he anticipates his final year of service as president, Benton plans to stay focused on the strategic priorities he believes will add value to the student experience and Pepperdine’s reputation among elite universities,” the press release said.

“As president, I have always tried to make the hardest institutional decisions from a position of strength, and because of the talent and passion of our people throughout the last several decades, I can confidently say that Pepperdine has never been stronger academically, spiritually, and financially,” Benton wrote.

Known for eating lunch with students at the Caf, playing with his band, and welcoming first-year and seniors to campus at the President’s Reception (formerly known as “My Tie”) and “Rock the Brock,” Benton has served as a prominent figure in Pepperdine students, staff and faculty’s lives in his role as president.

Pepperdine School of Law Dean Paul Caron described Benton as a historically transformative president who has presided over the university “during a meteoric ascension in higher education.”

“He has embodied what makes Pepperdine special,” Caron said. “The secret sauce of this place is its special attention to students, and [Benton] encourages faculty and staff to get to know the student. I hope the next president takes that same approach.”

Dean of the Graduate School of Education and Psychology Helen Easterling Williams said she looks forward to Benton’s continued leadership and contribution to the Pepperdine community.

“I believe President Benton was leader sent to Pepperdine from a divine call,” Williams said. “His accomplishments thus far — and there are many — could not have been achieved had he not been guided by the divine hand of God and surrounded by an excellent team who believes in the call.”

UPDATE: This story has been updated to include comments from Dean of International Programs Charles Hall,  Pepperdine School of Law Dean Paul Caron, Dean of the Graduate School of Education and Psychology Helen Easterling Williams, as well as a press release from the office of Andrew K. Benton.

This is a breaking news story and will be updated as more information becomes available.

Mary Cate Long contributed to the reporting of this story. 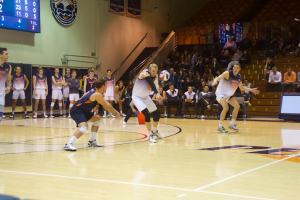