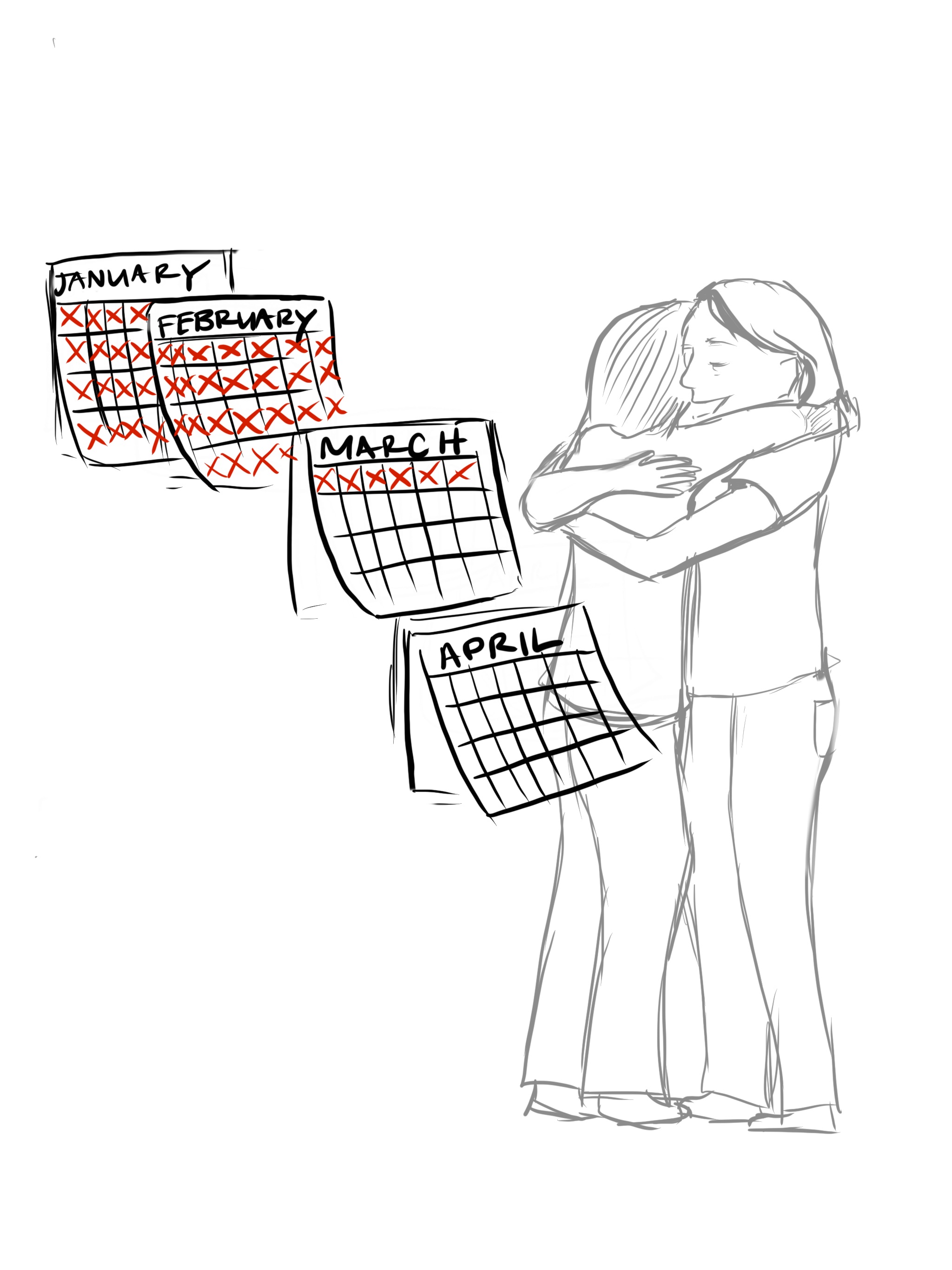 This school year has been challenging for Pepperdine and the Malibu community to say the least. The traumatic nature of the shooting, fires, evacuations, protests and unpredictable weather has left students feeling as if they must make up for lost time. With multiple days of classes canceled in November and now rainy weather ruining typical Malibu outings this semester, many feel an unmistakable sense of deprivation.

Trauma has a long-term impact on all aspects of one’s life, and for many students, the stress from the past semester has carried over to this semester, affecting them long after the smoke cleared.

Rather than feeling the need to compensate for lost time, appreciate the inherent value of the past, present and future. Learn to appreciate everyday life more and be grateful for the little things; every moment matters.

The Associated Collegiate Press (ACP) invited members of the Graphic to deliver a keynote presentation, “In the Midst of Tragedy,” at the Midwinter National College Journalism Convention in La Jolla, California on March 2. Panelists shared their experiences of covering breaking news for over 72 consecutive hours — starting with the Borderline shooting and ending with the Woolsey Fire — and discussed the resulting Special Edition.

The panelists agreed that during the shooting, the time to grieve and process what was happening seemed nonexistent. Journalism requires complete objectivity, and the news cycle did not and could not stop. When students began evacuating and sheltering-in-place less than one day after the shooting, our staff felt called to deliver accurate and consistent content amidst all of the misinformation and panic, further contributing to a sense of lost time.

The shooting and the fire forced members of the Graphic to learn the importance of coping with immense loss and accepting extreme unpredictability, and four months later, people inside and outside of the Pepperdine community are still deeply impacted by the events of last November.

The Special Edition served to unite the staff and give them the time they were previously unable to have to reflect upon the trauma. It sought to do the same for each and every student as well as the entire Malibu Community. This gave them a chance to reflect and process while recovering from the events that had happened.

Fall semester has shown us that life is unpredictable, and the past few months have shown us that the weather is, too. From rain to thunderstorms to even snow in Malibu, the Pepperdine community hasn’t seen the sun consistently since December. Worrying about mudslides and road closures is just another factor that has added to the stress that students have been dealing with.

Inclement weather conditions have significantly restricted students’ weekend plans, further preventing stress relief. Many of them are now left feeling as if they have to condense all of the activities they hoped to do with their friends into the limited number of days left in the school year.

Understandably, freshmen — who are only now experiencing their first full semester — may feel disappointed in their first year of college, while seniors — who are quickly realizing that the spring semester is several weeks shorter than the fall — may feel cheated of their last.

Because more responsibilities are being forced into less time, many of us are also facing more academic challenges. Although teachers have been flexible and understanding throughout the year, imminent deadlines and the pressure of grades still remain. Students often feel as though they are catching up, and as soon as they finish all of their assignments, they have twice as many more to complete.

Pepperdine has continuously offered resources to students who are struggling to cope with challenging experiences. The Counseling Center, Student Care Team and Office of the Chaplain are always available to guide individuals through trauma and loss, whether it is faith- or health-related.

Mental health is always important, but it is especially important when dealing with traumatic events. It takes time to process loss, so in order to cope with everything that is happening around them, students should give themselves permission to take as much time as they need.

The devastation of this school year has irrevocably changed the entire Pepperdine community, but this change does not have to only be negative. With the weeks remaining in the semester, take the opportunity to shift your mindset and turn lost time into a year of appreciation.