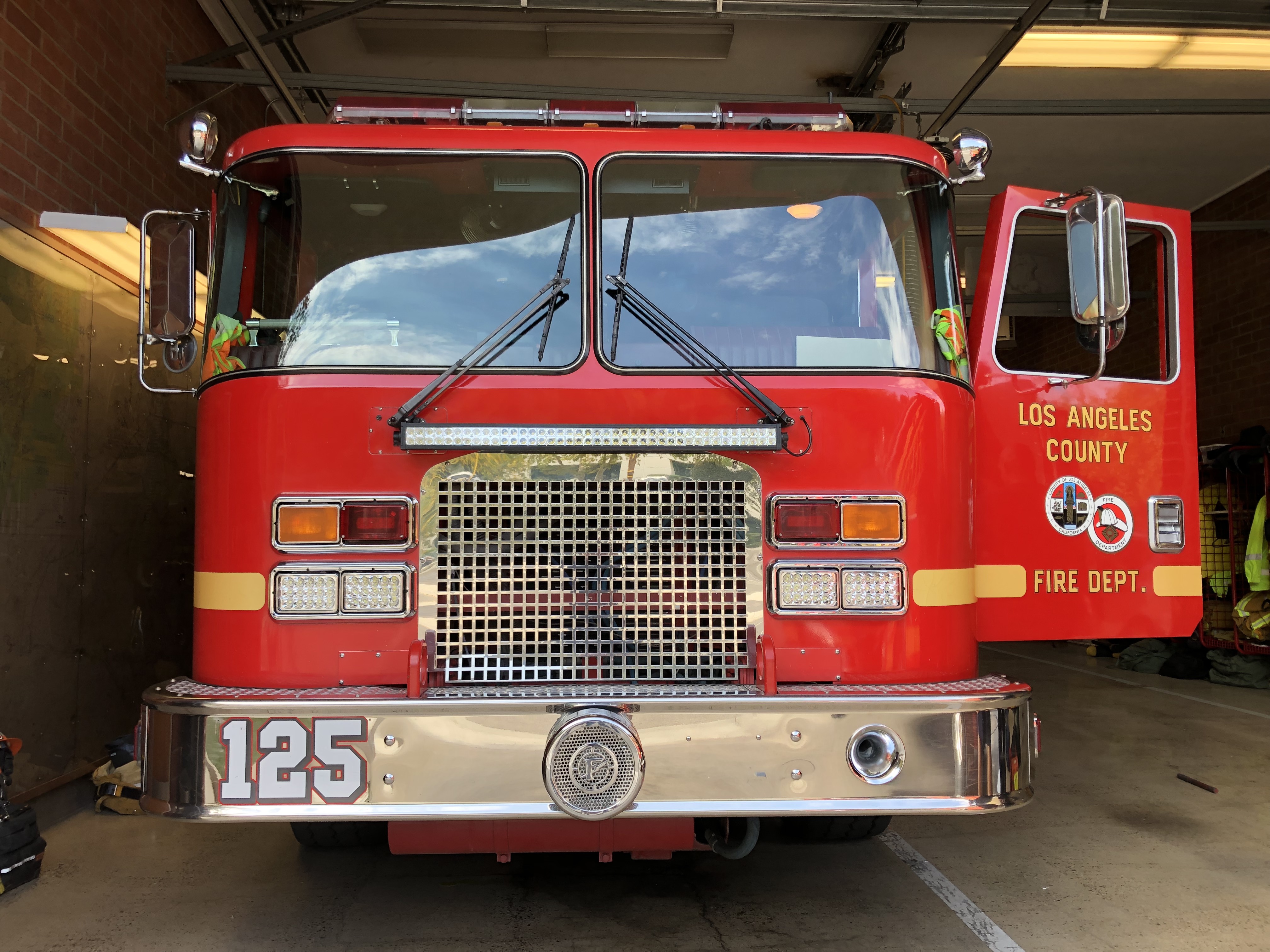 Thousands of firefighters battled the Woolsey Fire last November while they also faced personal loss and destruction from the flames.

The Woolsey Fire started Nov. 8. Four people died and 1,600 homes burned in the fire. In Malibu, 670 structures were lost. To fight Woolsey, firefighters worked around-the-clock. Jeremy Collings, who works for the Los Angeles County Fire Department station 125, said firefighters found it challenging to balance everything. One firefighter lost his home and some firefighters were worried about the safety of their homes and families.

“We are part of this community,” said Chadwick Pansini, a firefighter who works for the LA County Fire Department Station 125 in Calabasas. “It’s hard when you see someone who you have interacted with and it’s your job to protect their homes and you couldn’t.”

The Challenges of a Large Scale Brush Fire

Pansini said he has been with the county for a year and a half, but although this was not his first brush fire, it was one of the biggest brush fires he has been involved with.

“Driving into work Friday morning, I could smell the fires,” Pansini said. “Although I couldn’t see the fires, I knew we were going to have a day ahead of us.”

Collings said he worked five days straight with a couple of “cat naps.”

Pansini said about 90 percent of the calls were medical and five to 10 percent were structures catching on fire.

“In the first two days of this fire, we had well over a year’s worth of experience of structure fires [than] you would normally see just in two days,” Pansini said.

Pansini said, when it comes to brush fires, the three things that drive it are the weather, the fuel that it burns through and the terrain that it is in.

“Wind was the most difficult part of it,” Pansini said. “Your resources get stretched really thin and it is impossible to make the perfect call.”

The Personal Losses of the Firefighters

Pansini said not only did he find this difficult, but the most challenging part about fighting the Woolsey Fire was losing his own home. However, the support he received from other firefighters at his station was “incredible.”

“I’m very bummed that I lost my house, but the guys here have made it good and [have] made it much easier to deal with,” Pansini said.

He mentioned a few things that he lost in the fire, including his guitar and a few surfboards.

“If anyone was going to lose their home, [it’s] best that it happen[ed] to me,” Pansini said.

Though not all homes and structures were able to be saved, Pansini said the support that they received from the community was “fantastic.”

Pushing Through Their Personal Lives

Along with receiving medical calls, the fire station received calls from the public regarding the status of the fire.

“Phones have been going off the hook from questions from the public, which is good but it doesn’t really give you a chance to rest,” Pansini said. “But they need to vent and talk, so you got to be there for them.”

Both Collings and Pansini said when they were out in the field fighting the fire, they were not thinking about how they were feeling in that present moment.

“It is what it is,” Collings said. “We kind of go on autopilot.”

Panisini said they don’t want these fires to happen, but it is what they are trained for.

Collings said he found it challenging to fight the Woolsey Fire while making sure his family was able to evacuate.

“Not only was I dealing with fighting fires, but I was dealing with evacuating my own family,” Collings said. “Whenever I had a second, I would call my wife and tell her, ‘You have to leave.’ Hearing that the fire was in my neighborhood while I [was] on the other side of town was challenging.”

Collings said the fire hit too close to home.

“I grew up in Agoura and seeing everything that I grew up with on fire and my family and friends involved in it was the hardest part,” Collings said.

He also takes on the role of Fire and Life Safety officer on campus to conduct fire prevention inspections.

“I usually work 40 hours a week, so I’m a full time student and staff,” Anzo said.

Anzo said he was on the main Pepperdine Fire crew, fighting on the front lines and working as an engine operator for the patrol.

“Our job was assessing the main threat at that current time and wherever there was a flame we went to go get it, and once we put those flames out, we evaluated the next major threat, and went and hit that area,” Anzo said.

Anzo said fighting his first on-campus fire on the front lines was a completely new and personal experience for him.

“Honestly I was like ‘Wow, OK, this is it,'” Anzo said. “This was my first campaign fire, meaning at this large of a scale – and the first fire I fought on campus – so it just really hit home like, ‘Wow, this is it, here it comes.'”

Working Through the Initial Shock

Anzo said their first engagement was one of the most challenging parts, but their team quickly overcame any feelings of shock.

“[There was] the initial shock of ‘All right, this is it, this is what we trained for. This is our job, let’s get it done,'” Anzo said. “But once we got past that, everything was pretty smooth. We have a good crew, we know each other well and we spend most of the day reviewing our assignments and jobs so that when it came time, we were able to move quickly.”

Anzo said although many students were worried about the proximity of the fire, he was confident in their crew because he was educated on their preparedness.

“I was nervous, but I trusted the plans we had and our training,” Anzo said. “I know there was a lot of miscommunication that day but I knew that Pepperdine was prepared and that we were ready, so I trusted the school and the policies we had.”

The Concerns of a Student Firefighter

Anzo said he was mostly concerned about his fiancee, who was also on campus during the fire.

“She was volunteering with the Health Center in the first aid set up they had there in the Fireside Room in the Caf,” Anzo said. “She works for the Health Center, so she was helping them out, but I was still worried about her.”

Since he is a full-time student, Anzo said he not only had to focus on fighting the fires and his fiancee, but also on his academics.

“My worries came more from school, like ‘When am I going to have time to catch up on homework and the online classes?’” Anzo said.

Anzo said during this whole experience, he didn’t have time to contact his family until the worst had subsided.

“I was on the incident from day one and not until Sunday was I able to get a hold of them,” Anzo said. “You know, it was back-to-back. We were always dealing with something.”

Support From the Community

Without the support of his family, the one thing Anzo said helped him continue on was the whole Pepperdine family lending their support to him and his team.

“Just knowing that the community would do anything for us really [helped],” Anzo said. “As far as food and those kinds of things, that was great because you get really hungry and thirsty on the front lines, so knowing that Pepperdine was willing to freely feed us was really nice.”

Pepperdine set up a fund called the Pepperdine Crisis Response where people can donate to help support the students and faculty that were impacted by the fire.