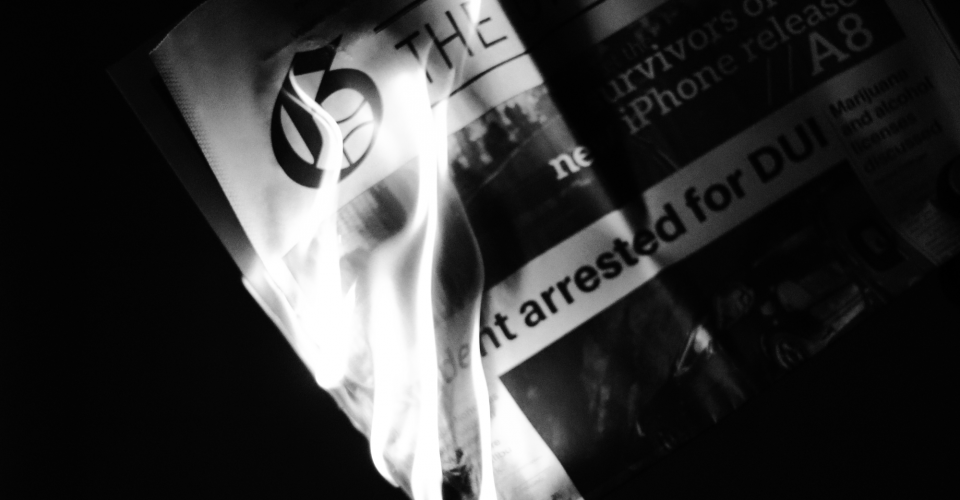 Controversy permeates modern news, and the Graphic is no exception. Over the past 10 years, the Graphic faced criticism for a variety of articles, from reporting on student DUI arrests to sharing video content of a crash on PCH to a special edition on drugs.

Three former Graphic journalists break down the controversial stories they reported on and emphasize the importance of including opposing perspectives while remaining objective. The reporters also provide advice on how to broach traumatic topics with sensitivity and fairness.

“Now more than ever, us, as journalists, need to think about being more objective because that’s really what gives us credibility, especially when you’re talking about controversial issues in controversial times,” former Graphic journalist and 2015 Seaver alumna Maria Prada said.

Two Sides to (Almost) Every Story

In 2014, the Graphic reported on student Jacob Norte’s arrest on suspicion of a DUI following a car crash. Members of the community accused the Graphic of spreading rumors and not being compassionate or fair to those involved, according to a follow-up opinion piece by 2015 alumna Breanna Grigsby. The controversy culminated in the theft of 275 copies of the Graphic. 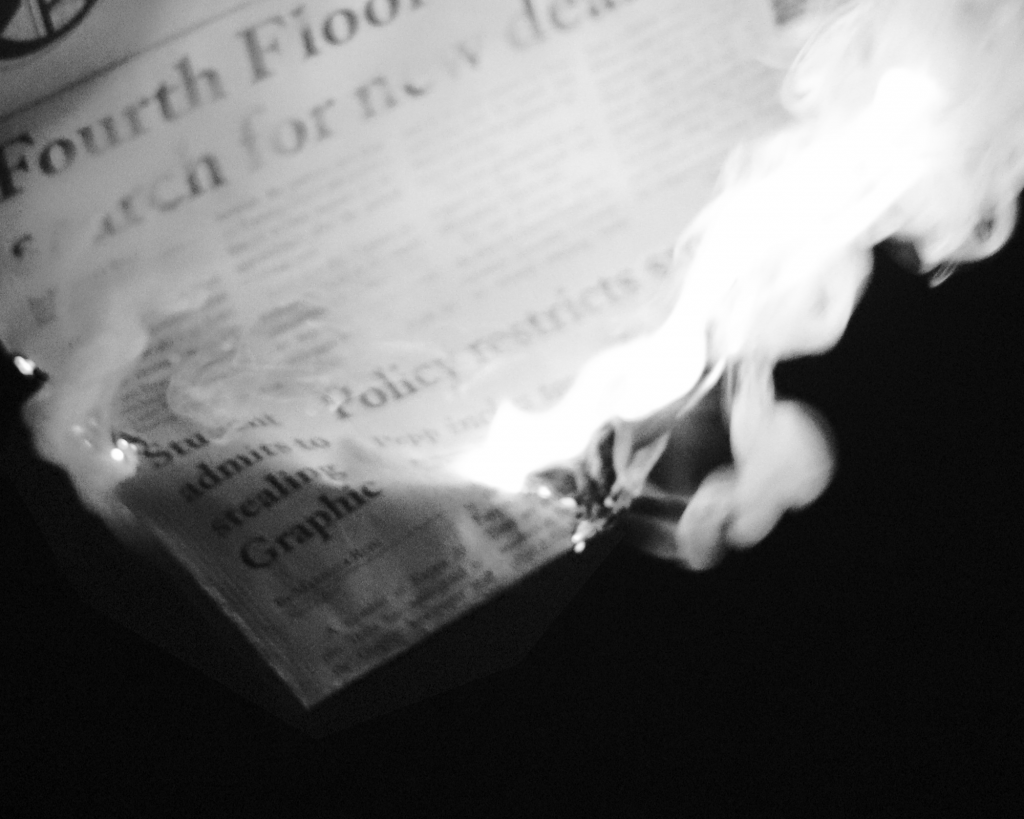 “As members of the Pepperdine community, we always strive to be sensitive and compassionate toward our fellow community members,” Grigsby wrote. “However, while being compassionate, we cannot abandon our job to report the news. We neither intend to teach a lesson by publishing this story nor to make an example of those whose actions came under scrutiny.” 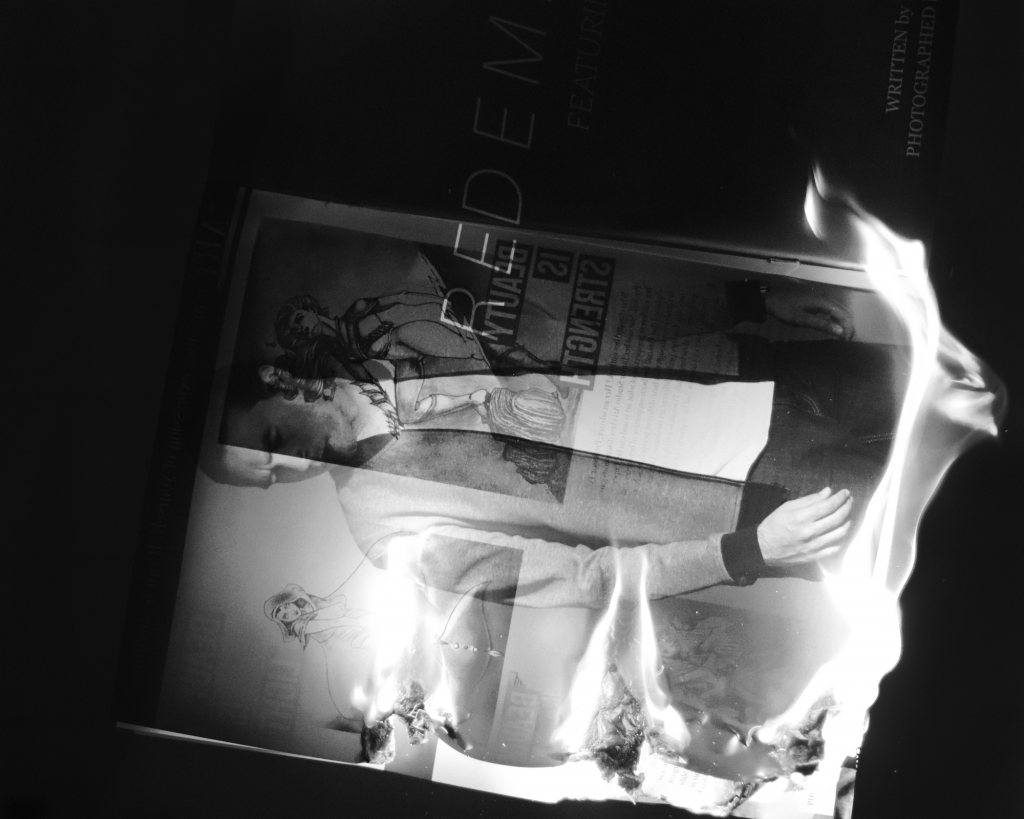 “Rumors began,” Prada said in an interview with the Graphic. “People started saying that it was because he was drunk when really there was a story that was much more profound behind this boy and the mental health issues he was dealing with.”

Prada said she reached out to Norte with the desire to tell his story and raise awareness of mental health issues and the role they played in what happened — an aspect of the story not widely known across campus.

“Empathy is the most important starting point for any journalist wanting to tell any story,” Prada said. “Understanding what he felt and not judging him was a really important thing that I learned from this.”

The key to maintaining readers’ trust is remaining objective, Prada said, which requires telling both sides of the story.

“It’s your obligation to tell the other side of the story because if you know something and you don’t say that to the person reading it, you lose your credibility,” Prada said. “If they find out, they’ll think that you’re just [sharing] the narrative that you feel like is going to work for you.”

Another former Graphic journalist and 2020 alumna, Kayiu Wong, said she agreed that including opposing sides is essential to reporting fairly and objectively.

Wong’s profile on Kenneth Starr, the former dean of the Caruso School of Law who served on Trump’s impeachment defense team in January 2020, drew criticism on social media.

“Hey Pepperdine Graphic, this is not someone you want to promote as associated with the university,” wrote one Facebook commenter, 1995 alumna Darin Campbell. Another user, Christine Humphrey, wrote, “Not something to be proud of. He’s a scumbag.”

In a follow-up staff editorial, the Graphic staff defended the publication of the piece.

“These comments reflect a common misconception about the media: that when we report on a given topic, we are offering judgment, or in some cases, sponsorship and promotion,” the Graphic staff wrote. “However, the Graphic’s entire journalistic process is crafted to do exactly the opposite.”

Wong said she agreed with this sentiment.

“Just setting out making sure that your purpose in your reporting is driven not by editorial reasons or sponsorship or promotions but really based on facts and truth,” Wong said.

Although it’s typically imperative to report on all conflicting sides of an issue, ensuring equal coverage to both sides should not apply if a certain side is “rooted in falsehoods or unsupported arguments,” Wong wrote in a text message to the Graphic.

“Journalists have a responsibility to prevent misinformation from being spread and part of that means dismissing falsehoods and being careful to separate fact from falsehoods,” Wong wrote. “So as we as journalists do work and strive to fairly represent diverse viewpoints in their stories, it’s just as important to place them in context and to focus on provable truths, rather than solely on featuring conflicting perspectives.”

Reporting On Trauma: Ethical or Not?

A video released alongside a 2019 Graphic article about a crash on PCH drew criticism from students who viewed it as unethical and potentially triggering to those involved in the trauma, according to a follow-up article by the Graphic explaining the decision. 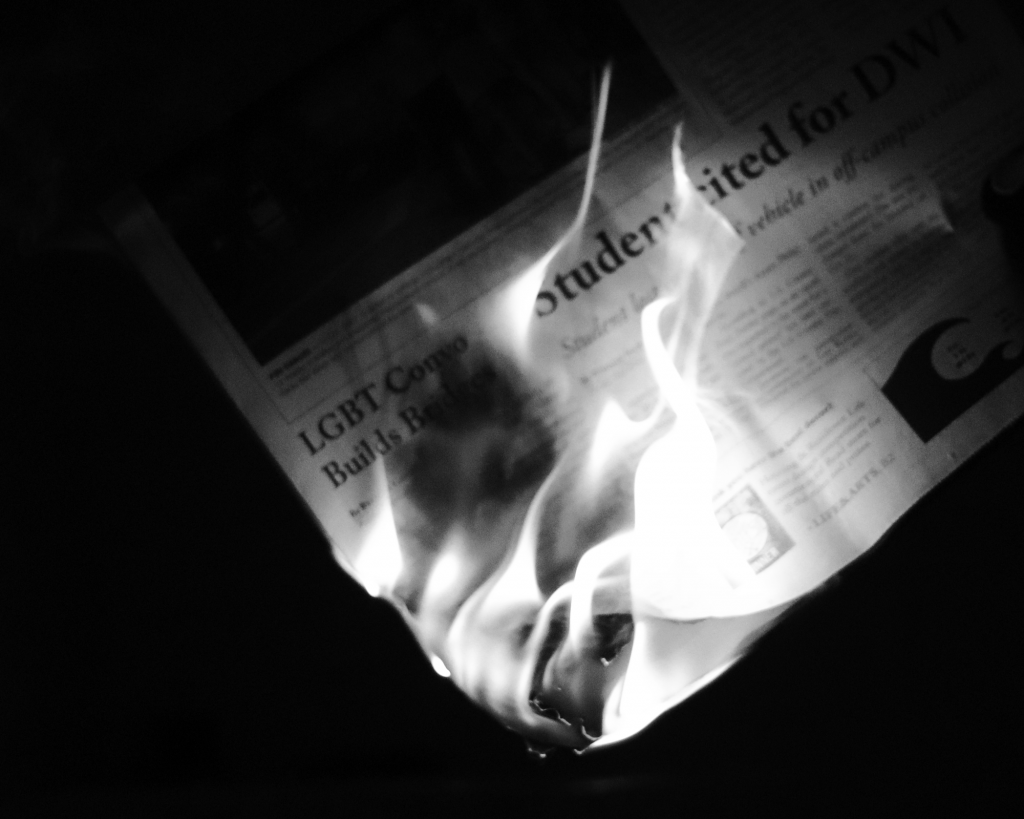 “Many people who reached out to us wanted the video to be taken down,” the Graphic staff wrote. “The Pepperdine Graphic Media staff faced an ethical dilemma: withhold information on the crash to respect sensitivities or portray the truth of the incident in the best way possible.”

The Graphic ended up removing the audio from the clip due to traumatic sounds in the background but left up the visual aspect because it illustrated the severity of the crash, Wong said.

Reporting on controversial topics as a college journalist can be especially challenging, Wong said, because it often involves peers and friends on campus.

“One of our reporters, her friend was in the crash and her friend had DMed her directly about the video, requesting it to be removed,” Wong said. “And when it wasn’t removed, because we republished it, this friend stopped talking to our reporter.”

Wong’s experience reporting on the 2019 crash still influences her to this day, she said. Working as a desk assistant with the “Today Show” has led to several other instances of reporting on controversial and traumatic events, such as the recent shootings in Boulder, Colo., and Atlanta.

Deciding which images and videoes to include in reports on the shootings brought lessons Wong learned during her time at the Graphic to the forefront. Straddling the line between sharing visual elements and being sensitive to how traumatic media may impact readers can be challenging, Wong said.

“I thought a lot about that car crash in 2019, and just being very careful of how we want to minimize harm and not show triggering images,” Wong said. “I asked myself, do we need to show this for the sake of actually portraying the story? And if so, how do we best do that to minimize harm as much as possible so that it’s not insensitive?”

Channa Steinmetz, a former Graphic journalist and 2020 Seaver alumna, served as the editor of the Graphic’s 2019 special edition on drugs, which had strong potential to be controversial or perceived as taboo. Covering multiple sides of the issue and avoiding moral judgments was key to approaching the topic, Steinmetz said.

Steinmetz said the lack of controversy following the edition’s publication surprised her.

“I’m pretty grateful,” Steinmetz said. “I thought that there was going to be a lot more pushback on that publication. But I think the Pepperdine community, at least to those people who I spoke to and interacted with, like President [Andrew K.] Benton, mostly had positive feedback.”

Reporting fairly and non-judgmentally on taboo subjects can also be rewarding, Steinmetz said. One student approached Steinmetz following the edition’s publication to let her know the stories impacted them because they had been in rehab the previous summer.

“This person was very grateful that we were creating something like this [so] this person could bring it to their friends and talk — it kind of opens up the room to conversation,” Steinmetz said.

Steinmetz’s advice for approaching sensitive topics was to be sure to get all perspectives associated with the story and to make it clear to interviewees she isn’t coming into the story with any preconceived angle.

“I say I’m not trying to push any agenda,” Steinmetz said. “I just want to hear your side of the story to get more insight on the entire story.”

The News Cycle: More Than Meets the Eye 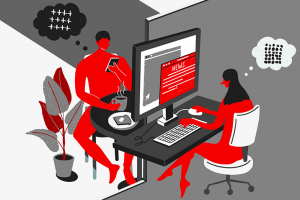 Art by Nicole Wong The reporter sits at their desk, hard at work writing an article. First comes the objective information:...
Copyright 2013 Jupiter Premium Magazine Theme
Back to top