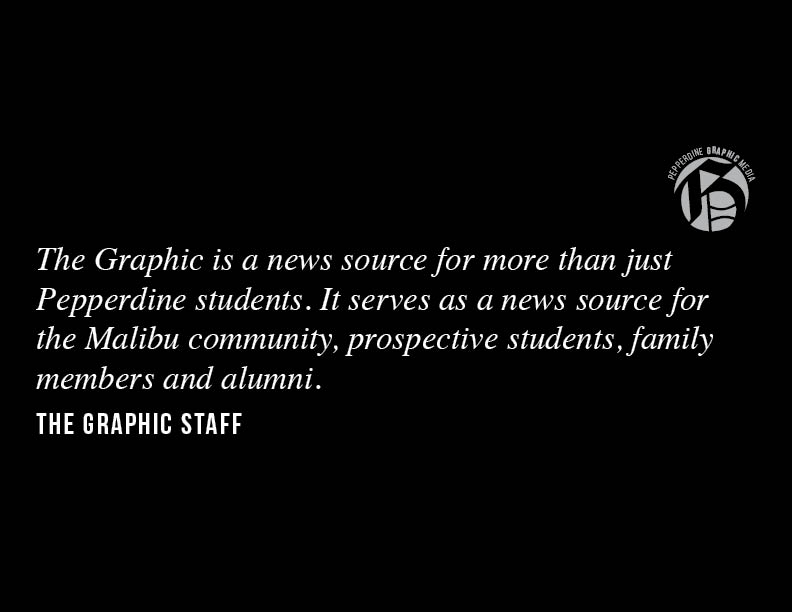 After the multiple-vehicle crash on Pacific Coast Highway on Feb. 9, involving four Dance in Flight members and seven members of Pepperdine’s Men’s Basketball Team, the Graphic received video from two student journalists from the scene and used it as a storytelling tool in its coverage of the crash. People reached out to us, concerned that the video was unethical to publish because it could trigger memories of the traumatic events for the victims. Many people who reached out to us wanted the video to be taken down.

The Pepperdine Graphic Media staff faced an ethical dilemma: withhold information on the crash to respect sensitivities or portray the truth of the incident in the best way possible. As a staff, PGM decided to strike a balance in the middle by removing the audio. The Graphic decided to republish the video without the audio to add an informative visual story, show what happened and educate its audience.

We made the decision to remove the audio because of some disturbing sounds, including moaning in pain, but decided to leave the video up because we believe the video tells an aspect of the story that only moving images can.

We rushed to cover this story accurately, because we know how much even one person matters to this community and this event impacted many more than one. No other LA news sources around the area reported on the crash. Pacific Coast Highway can be a dangerous road and our coverage of this story serves as an important reminder of that.

When making a decision about whether to use the video, we kept our audience in mind. The Graphic is a news source for more than just Pepperdine students. It serves as a news source for the Malibu community, prospective students, family members and alumni. Since this issue was deeply connected to the students and community, we wanted to report as accurate coverage as possible and visualize the potential devastation of driving on Pacific Coast Highway. These ethics shape the decisions we make by providing accurate, fair and thorough reporting with integrity.

The staff of PGM are familiar with the Society for Professional Journalists’ Code of Ethics, which teaches journalists to “balance the public’s need for information against potential harm or discomfort,” “show compassion for those who may be affected by news coverage by using “heightened” and “explain ethical choices and processes to audiences.”

In addition to removing the audio, we made sure that people who were injured in the crash are not seen in the video. Furthermore, in the story, none of the students’ names were used, to give the victims anonymity. We didn’t want rumors to spread about those who were involved or have them be overwhelmed as they recover.

We decided it was important to show the scene to depict the dangers of driving on PCH and hope it would inform our audience. We balanced sensitivity versus our duty to our audience as a news organization because students were involved and the community cares about the story. We did not take this decision lightly and wanted to minimize harm by taking these precautions and using our ethics.

In addition to removing the audio and cutting out a section of the video for the sake of sensitivity to the viewers, the video was not widely spread. The video was posted to only two of our platforms and in comparison to other YouTube videos, did not get a lot of attention. The video on the Graphic’s YouTube only had under 200 views at the time of writing this and although the scenes including the flipped cars are definitely shocking, however, there is no blood or injured people.

We understand that this is a sensitive topic for our students because of the closeness of the community. However, we also understand that as a news source, it is our job to give updates on sensitive information to our Pepperdine communities and the surrounding Malibu community.

The crash on PCH is certainly not the only case of dealing with sensitive topics that we have had as a newsroom this year. Ethics and sensitivity was a very big issue while covering the Borderline shooting this past fall. It was a difficult time for a large part of our Pepperdine community along with the Thousand Oaks and surrounding communities. We wanted to be sensitive and receptive to what sources do and do not feel comfortable regarding sharing their pain and stories in times of tragedy. We are committed to updating those who follow us and rely on us as a news source.

Many people find comfort in reading stories about sensitive subjects, such as the stories that came out of the shooting. People were able to be informed and hear different perspectives. Although it was an extremely difficult time for our community, we feel it is important that everyone be up to date with the latest information we can provide, especially when the subject matter is difficult and people are scared, scrambling for information and the truth.