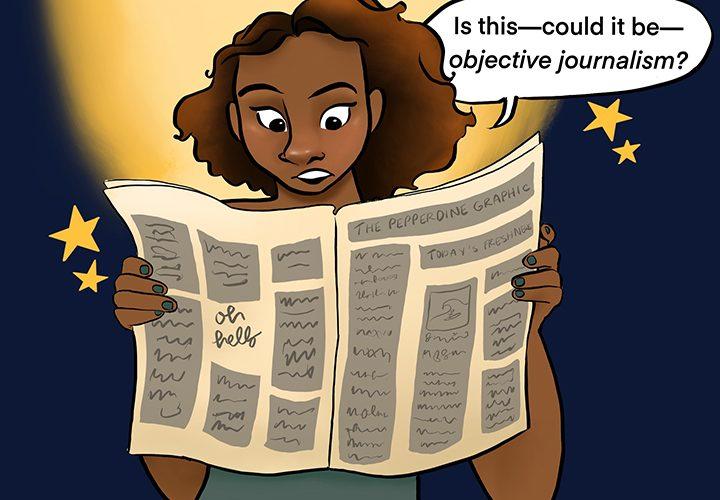 Last week’s news story about Kenneth Starr received criticism in the days following its publishing. “Hey Pepperdine Graphic, this is not someone you want to promote as associated with the university,” commented Facebook user Darin Campbell. Another user, Den Herring mirrored Campbell’s sentiment: “Is this an appropriate flex?”

These comments reflect a common misconception about the media: that when we report on a given topic, we are offering judgment, or in some cases, sponsorship and promotion. However, the Graphic’s entire journalistic process is crafted to do exactly the opposite.

We intended for our coverage of Starr’s appointment to Trump’s defense counsel to serve as a snapshot into his time at Pepperdine. Unlike some readers may have expected, it was not supposed to serve as a lambasting of Starr’s resumé in legal affairs throughout the decades.

At the Graphic, when we choose stories, we always start by asking ourselves, “What can we, as a college newspaper dedicated to covering Pepperdine and Malibu news, add to the story that’s not already out there?” A quick Google search of Starr’s name will provide one with an exhaustive history of his career. Whether he deserves it or not, it would be irresponsible of us to add another drop into the overflowing bucket of Starr smear-pieces on the internet.

At the same time, we try to take an objective approach when covering a story, which is common practice in journalism. Although some of the stories we choose to cover contain controversial topics or individuals, that doesn’t mean we support or endorse them. By trying to uphold an unbiased approach in covering any new story, we uphold certain ethical standards that every journalist is expected to abide by.

If our online compatriots took the time to read the piece, they would find a few quotes referencing the controversial nature of Starr’s career. We were not reluctant to include criticisms of Starr; in fact, our reporters asked all of their sources for comment about Starr’s contentious history. Those questions yielded no significant answers, and thus many were not included in the story. If our reporters were to merely comment on Starr’s past using buzzwords like ‘controversial’ or ‘scandalous,’ they would be blending the line between editorial writing and journalism, which threatens the integrity of our paper.

When you read a Graphic article, please know that a great deal of thought and care has gone on behind the scenes, and we always try to take an objective approach with the stories we cover. While some stories might contain content that you don’t necessarily agree with, that doesn’t mean it isn’t important to cover. When you expect judgment or bias from a news story, that would require opinion rather than fact. Which would you rather have? 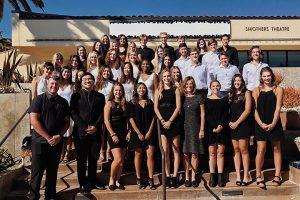 The founding Class of Beta Psi Omega poses outside of Smothers Theatre on Initiation Day. Photos courtesy of Andrew Fest...
Copyright 2018 Pepperdine Graphic
Back to top