In Defense of the Graphic 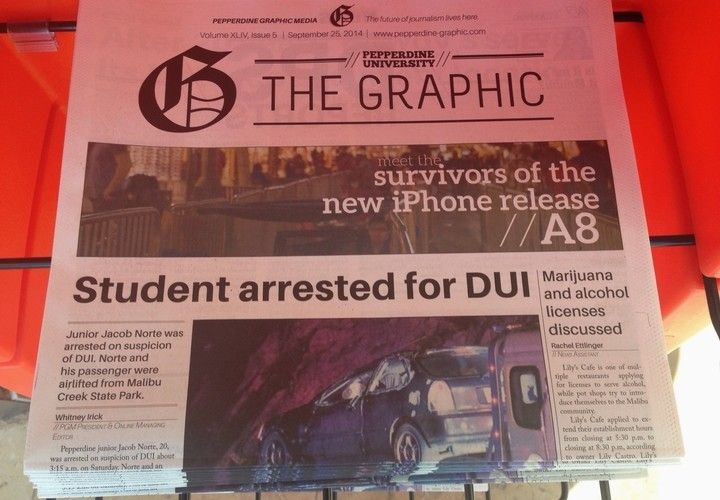 For those wondering why it is necessary for the Graphic to cover stories such as student DUIs, let me explain.

The Graphic covers news, which are stories deemed newsworthy by elements including timing, significance, proximity, prominence, conflict and human interest.

Pepperdine is a small campus and dry one on top of that. So, when a serious car accident in Malibu Canyon, which requires a helicopter to lift those involved to the nearest hospital (tax-payers paid big for that helicopter) and two of our own are involved, this becomes an event that is especially newsworthy for the Graphic.

We do not editorialize news stories, insert opinion or bias or leave out any information pertaining to the story simply to avoid upsetting readers.

Just because this serious accident involved a Pepperdine student who allegedly chose to drink and drive does not mean reporters’ notebooks are dropped and the story abandoned. The facts of the crash, which are also a part of public record, were reported.

In the case of the Graphic, news is reported that particularly pertains to Pepperdine University. This includes DUIs, because they are a crime and crime is often news. Other news publications outside of Pepperdine covered this story as well. The story wasn’t only deemed news by the Graphic, it just hit closer to home with our audience.

This story, and others like it, has received criticism. This criticism includes that we are spreading rumors, that we have been incompassionate to the parties involved and that we have invaded the privacy of those involved.

The difference between a tabloid and a newspaper is that a tabloid only produces content with a known “wow factor.” A newspaper attempts to report all newsworthy stories, regardless of who might not like them being reported. By reporting this story we cleared up rumors, not created them, by reporting the facts – which is our job.

As members of the Pepperdine community we always strive to be sensitive and compassionate toward our fellow community members. However, while being compassionate, we cannot abandon our job to report the news. We neither intend to teach a lesson by publishing this story nor to make an example of those whose actions came under scrutiny. But by covering this story, we are showing the dangers of drinking and driving while reporting the news.

While we reported the names of those responsible for drinking and driving we did not report the names of the passengers of the vehicles in any student DUI we’ve reported. We respected the privacy of the victims. However, those who chose to commit the crime do not receive the luxury of having their names left out of the story. Their actions warrant their name being included in the story, as it was their actions that led to the story in the first place.

The writer and the publication as a whole have been criticized for writing a newsworthy and factual story. Yes, the facts of the story may be unpleasant, the fact that we chose to cover this newsworthy story may be hard for many to swallow, but the fact remains that it was rightfully covered and done so with care and accuracy.

The Graphic has even been accused of libel and slander by some.

Libel and slander are both considered to be defamatory to a person. The difference is that slander is spoken and libel is written. However — and this a big however — what is written or said that is considered defamatory must be false information.

The coverage of the recent student DUI is not libelous because the story is true and factual.

Part of the mission of the Graphic, as outlined in our mission statement, is to “[serve] the community with news, opinion, contemporary information and a public forum for discussion.”

Reporters are community servants given the difficult task of covering the news fairly and accurately. The public is done a disservice when the news is not reported in this way. And, with every story written, a journalist’s credibility is on the line.

We take our jobs seriously as student journalists and handle our roles as community servants with respect. We operate under a code of ethics that we treat with respect. This code calls us to seek and report the truth “honest[ly], fair[ly] and courageous[ly].” It calls us to minimize harm and to “treat sources, subjects and colleagues as human beings deserving of respect.” It also calls us to act independently and “free[ly] of obligation to any interest other than the public’s right to know.” And we are called to be accountable “to [our] readers, listeners, viewers and each other.”

Some are saying a student’s life is now ruined due to the publication of a story that involved his crime. But his decisions directly lead to a newsworthy event that newspapers covered.

The decision to drink and drive underage was a bad one. Unfortunately it led to a serious accident, which could have easily been fatal. But the Graphic is not responsible for the crime committed. What occurred was responsible reporting of a newsworthy story.

It’s time that responsibility be taken for wrongful actions and responsible parties learn from their mistakes. It’s not time to place blame on the Graphic for serving the function the Constitution placed on it. 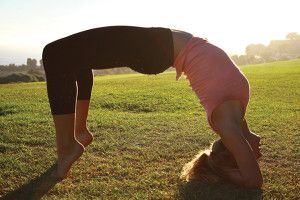 Photos by Allison Hubbard In Southern California there are several truisms one learns. First, flip-flops are a part of one’s...
Copyright 2013 Jupiter Premium Magazine Theme
Back to top