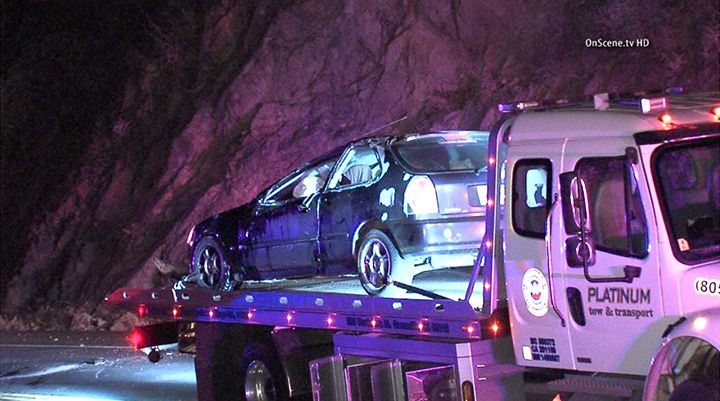 Junior Jacob Norte was arrested on suspicion of DUI. Norte and his passenger were airlifted from Malibu Creek State Park.

Pepperdine junior Jacob Norte, 20, was arrested on suspicion of DUI around 3:15 a.m. on Saturday, Sept. 20. Norte and an unidentified passenger were involved in a rollover crash on Malibu Canyon Road, just south of Piuma Road at approximately 1 a.m., according to the Malibu/Lost Hills Sheriff’s Station.

Norte’s black 1999 Honda Civic was mangled after it collided with the side of the mountain and rolled over near the Malibu tunnel.

Video shot by Zack Podell of OnScene.tv showed one of the vehicle’s occupants being transported from a stretcher to a helicopter. Norte and his passenger were airlifted from nearby Malibu Creek State Park to UCLA Medical Center; the extent of their injuries is unknown.

“Pepperdine asks all to keep the students in their thoughts and prayers,” Pepperdine Director of Communications Ali Taghavi wrote in an email.