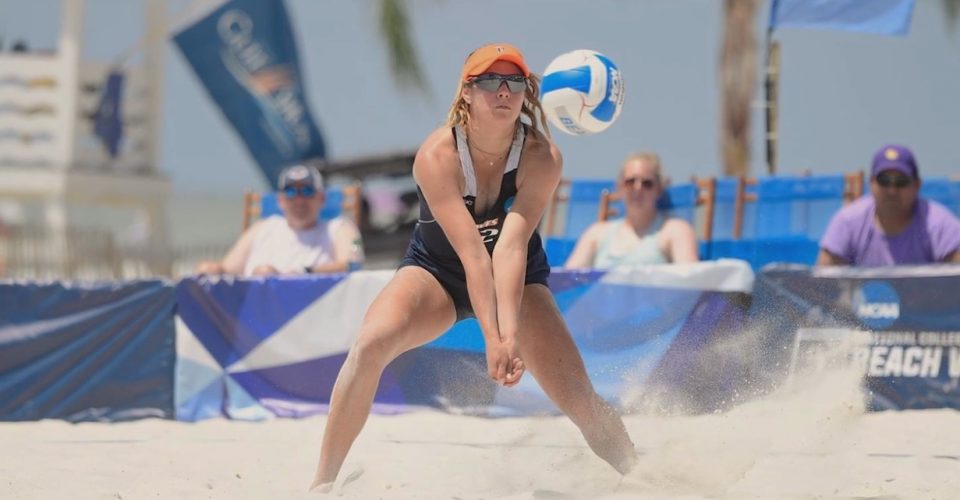 Editor’s Note: Seaver Films released a 12-part documentary on the Pepperdine Women’s Beach Volleyball team called “Compete With Purpose.” The chapters show losses from previous postseasons, tell the stories of senior leaders and give insight on what to expect for the upcoming season. This is the third and final exploration of the series review following Chapters 1-4 and Chapters 5-8.

The Pepperdine University Youtube channel released their final four chapters the past two Mondays. The chapters highlight more stories of the veteran players and how the team made their way through the competitive WCC and Championship Bracket.

This chapter focuses on the Waves’ run in the West Coast Conference Tournament last season.

The chaotic and competitive WCC Tournament last season took place on the beach just south of Santa Monica Pier. After the Waves broke out the brooms against Pacific in the semi-finals with a 5-0 sweep, only Saint Mary’s stood in their way to achieve their third straight conference championship.

In the fifth set it was alumna Maddie Dilfer who secured the victory and capped off another 5-0 sweep and another West Coast Conference Championship. The entire team surrounded former Head Coach Nina Matthies, and began to chant “Nina! Nina!” She looked displeased that the team was focusing on her as opposed to their victory, showing she’s not one for the spotlight.

After securing their spot in the NCAA Tournament, the chapter ends with the entire team running to the water and plunging into it, West Coast Conference Championship banner in hand.

This chapter highlights the journey of alumna Maddie Dilfer.

Dilfer originally signed with the University of Notre Dame after her high school career at Valley Christian in Cerritos, CA. In two seasons she started 42 out of 56 matches for the Fighting Irish as a setter. She said she felt burdened by her college atmosphere and didn’t love the sport as much as she used to.

During her sophomore season Dilfer shifted her focus to God.

“This is a gift that He has given me,” Dilfer said. “It’s my obligation to then glorify Him with it. Trusting that God’s plan is perfect and what I am supposed to be doing has been huge for me.”

Dilfer transferred to Pepperdine for her junior year and continued to play indoor for the 2016 season. The following season she wanted to take on the challenge of beach volleyball. She did not see action during the 2017 season, but Matthies pulled her aside at the end of the season to thank her and say that she would have a huge role in 2018.

Dilfer talked about how surreal it is playing in her last season.

“Everybody always says ‘play each game like it’s your last,'” Dilfer said. “I think this year it’s taken on a whole different meaning since this probably is my last season playing competitive volleyball.”

She thought back to a time when playing the game was simpler and how that helps her senior year.

“I just think back to my 16-year-old self when I was at my best competitively,” Dilfer said. “Going back to that helps me enjoy each and every day.”

Chapter 11 takes viewers to day one of the Women’s Beach Volleyball National Championships.

In their first match, the Waves took care of business against the LSU Tigers.

The Waves dominated the Tigers and won the first three sets to win the match 3-0.

However, the Waves remained serious as they realized this victory was just the first step toward their end goal.

“We’re here to do our jobs,” senior Maddy Roh said. “Were playing for a title that is really hard to get and I hope everybody understands that we’re just not a bunch of girls playing on the beach recreationally.”

Given no time to celebrate a great start to the tournament, the Waves rallied to take on Hawaii an hour after defeating LSU.

The Rainbow Warriors came ready to play and shocked the Waves in the fifth set to take the match 3-2.

The Waves were then presented with a second chance to redeem themselves by facing a familiar foe, the University of Southern California.

The final episode ends exactly how the season began, with the Waves battling the USC Trojans.

The stakes were high for the Waves as this was the final match of head coach Nina Matthies’ storied career.

Ultimately, Matthies’ career ended in defeat. The Waves dropped the fifth set and the Trojans advanced after their 3-2 match win.

Although the Waves did not end their season on top of the mountain, they will still have a chance at victory in the upcoming 2018-19 season.

As Ralph Waldo Emerson said, “Waves are not inspiring because they rise and fall, but because they never fail to rise again.”

While this marks the end of the series, fans can catch the 2018-19 Women’s Beach Volleyball team in action Nov. 10 at the Pepperdine Fall Invitational at Zuma Beach. 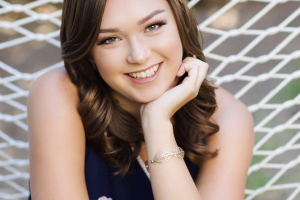 Six hours after the Borderline Bar and Grill Shooting, freshman Alaina Housley remains missing. She was last seen on the dance...
Copyright 2018 Pepperdine Graphic
Back to top