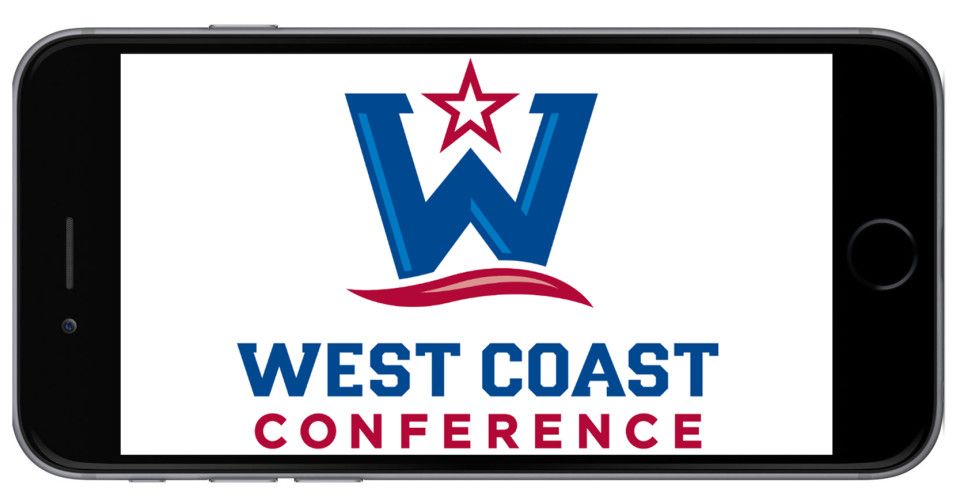 Only 90s kids can remember the first time they heard global icon (and Pepperdine basketball fan) Drake declare “what a time to be alive” on his joint mixtape with Future back in 2015. Believe it or not, Drake’s statement about the present rings true nearly a year later: The future is here. Or at least it might be.

The West Coast Conference officially announced a joint initiative with Sling TV and CollegeInsiders.com to live-stream 450 conference and non-conference sporting events via Twitter and Facebook Live. As per usual, here are some basic questions and answers about the WCC’s groundbreaking development and what it means for mid-major sports fans.

Aren’t these games on ESPN or, like, real television?

Sad as it may seem, virtually no TV time comes with the territory of playing for a mid-major conference. With all due respect to BYUTV, the WCC doesn’t have the luxury of its own legitimate television network a la ESPN’s SEC Network, the Pac-12 Network or the Longhorn Network. Because of this, the WCC is at a disadvantage in the eyes of major networks such as ESPN, CBS or FOX Sports, which leads to other solutions in order to broadcast itself to the public.

Why doesn’t the WCC get its own television channel? Wouldn’t that be more practical than livestreaming games on the

It’s all about the money. Generally speaking, football, basketball and baseball are the only collegiate sports that receive significant television coverage. As Pepperdine Graphic staff writer Steven Baer noted in his Sept. 2 article, “Enjoy football through the lens of a Trojan or a Bruin,” Pepperdine — or the rest of the WCC, for that matter — isn’t a football conference. This puts the WCC at a disadvantage in the revenue department in the eyes of broadcasters. But as the adage goes, any press is good press.

Despite the fact that Sling TV and College Insiders won’t be on your cable provider’s vast palette of channels, these networks have the ability to bypass traditional media outlets by harnessing the power of internet streaming, which is far more accessible to the world than a cable plan.

Do these games cost anything to stream? I already spent over my budget this month, so I don’t think I’ll be able to spare a few bucks for women’s volleyball games.

Yes and no. On one hand, streaming any of the sporting events on TheW.tv (via CampusInsiders.com) is absolutely free. On the other hand, events broadcasted on Sling TV will require either a $20 payment, or — for the sly, yet economical college students — signing up for 34 free, seven-day trials to last until the end of the school year. (Mid-major sports junkies: start creating your burner emails before the semester gets crazy.)

Besides, watching any and all of these sporting events on social media will be free.

Is broadcasting games for free on social media even a good idea for a small conference that could use the television money?

At first glance, streaming sporting events on social media seems as ridiculous as a parent buying a Rolls-Royce Phantom for his or her recent high school grad. Yes, the parent’s intentions are good. Gifting a luxury behemoth to an unemployed college student is awfully generous, and — as an added bonus — doing so would be a great way to solidify oneself as parent of the year.

On the other hand, seeing one’s 18-year-old son or daughter speed around campus in a car four times pricier than the average American home is a super uncool idea, especially when the rest of the student body becomes angry and jealous over something as stupid as a $420,000 car.

Unlike a parent buying a Rolls-Royce for a college freshman, this digital-first push is a low-risk, high-reward initiative. Surely, monetary transactions have occurred between the West Coast Conference, Sling TV and Collegeinsiders.com for this deal to exist.

And if broadcasting soccer games on Facebook Live and Twitter flops, both parties can, in theory, move on from this mishap relatively unscathed. In other words, the WCC’s mid-major status and relative obscurity won’t allow this to become a colossal failure in the eyes of the mainstream media. At worst, viewership for several of the WCC’s middle-tier sports tanks, Sling TV and CollegeInsiders return to broadcasting bigger conferences and the WCC goes back to the drawing board. At best, however, the opportunities are endless.

Simply put, the mediums through which the public interacts with media are evolving at a frenetic pace. Imagine listening to music before Spotify or watching movies and television shows without Netflix. At this rate, similar hypotheticals could be said about live sporting events by the end of the decade.

Admittedly, the prospect of broadcasting live sporting events on social media can seem daunting to television purists; after all, missing watching football or baseball on “real TV” like people used to in the “good ol’ days” is a completely understandable knee-jerk reaction to the WCC’s new digital broadcasting initiative.

Thanks to the rise of social media, fans from all over the world are able to interact with athletes, journalists and fellow fans in real time. In the same way that an average fan can interact with news articles, highlight videos or seconds-old images from recent sporting events — all of which were unheard of several years ago — live television is the next logical step.

What a time, indeed. 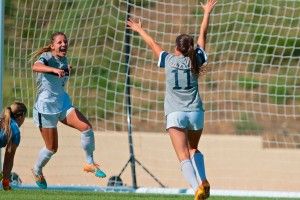 Photo Courtesy of Pepperdine Athletics Waves soccer is off to a strong start after losing only one game in their first...
Copyright 2013 Jupiter Premium Magazine Theme
Back to top