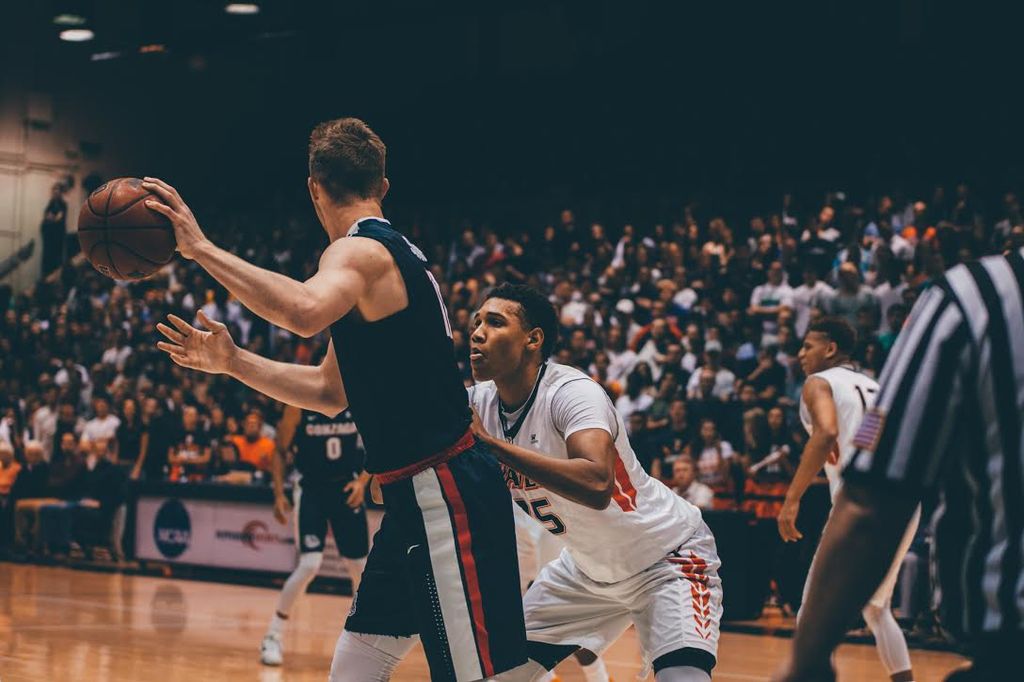 Kleenex boxes, dumbfounded stares and referee-induced anger aside, here are some basic questions and answers about Pepperdine’s two-game skid.

I saw Pepperdine lost. What did I miss?

Despite career and season highs from standout senior forward Stacy Davis, Pepperdine dropped two close games at home last week against the Gonzaga Bulldogs and the Portland Pilots. The Waves, who were previously undefeated at Firestone Fieldhouse, lost both games by three points apiece.

Both games would have been ugly if not for the play of the aforementioned Davis and senior forward Jett Raines. The duo accounted for 54 of Pepperdine’s 70 points against Portland; the seniors put the team on their back by scoring 27 points apiece and by snagging 24 of the team’s 45 rebounds.

Freshman forward Kameron Edwards had 10 rebounds. Although absent on the boxscore, Edwards played a great game on the defensive end as well. The freshman made a few key plays during Pepperdine’s comeback attempt in the second half; without Edwards’ hustle, Portland might have slipped away from Pepperdine sooner than they did.

Two nights later, Davis played an outstanding performance against Gonzaga. The senior clawed his way to fourth on Pepperdine’s all-time scoring list with a 26-point effort. Not to be overshadowed by his teammate, junior guard Jeremy Major also moved up to ninth on the school record board by notching his 346th career assist. The player he passed? Head Coach Marty Wilson.

Interestingly enough, Davis scored a career-high five three-pointers against Gonzaga, which showcased yet another aspect to Davis’ skill set. Even in defeat, Davis was a fierce competitor on both ends of the floor.

What does this mean for Pepperdine’s standings? Weren’t they in third place a few weeks ago?

Pepperdine is fourth in the West Coast Conference with a 7-6 record. Despite the two-game skid, the Waves are a half-game ahead of fifth place San Francisco and 1.5 games behind third place BYU, according to ESPN’s current WCC standings.

A second-round rematch with Gonzaga? That can’t be good. Why did Pepperdine lose both games?

Here’s a list of reasons why Pepperdine lost to Gonzaga and Portland, from most to least important: slow first-half starts, an imbalanced offensive attack, inconsistency at the free throw line, missed high-percentage shots in the paint, 47 other things and then bad calls from the referees.

Roughly 99 percent of the time, blaming officiating for a close loss is a cop-out. Yes, sometimes the referees botch an occasional controversial call, but the loss is rarely, if not never, because of the referees. Losing teams in college basketball (and in all sports, really) lose because of variables they can control, not decisions from officials that are out of the team’s hands.

Pepperdine’s recent losses are not exempt.

But those calls must have been somewhat important to how the games panned out, right?

For the sake of playing devil’s advocate, one — and only one — controversial no-call could have given Pepperdine a 10-game home winning streak.

In the closing seconds of the Portland game, junior forward Lamond Murray Jr. spotted up for a game-tying corner 3. Portland guard D’Marquis Tyson flew out of nowhere to contest Murray’s shot like an undersized cornerback breaking up a pass in football. The referees saw no fault in Tyson’s body check — which, to keep the football simile going, would’ve probably been flagged for pass interference — and Portland escaped Firestone with a win.

Murray would’ve had to make all three free throws just to send the game into overtime. Considering Murray has shot 80 percent from the free-throw line in conference games (according to sports-reference.com), maybe, just maybe, I’d be convinced he would have tied the game if he had the opportunity to do so.

As obvious as it sounds, if Pepperdine can raise their free throw percentage to their former levels, then they can hang in these close, conference games. Until then, missed free throws will probably be the scapegoat if the remaining games come down to the wire.

Real talk: How will the rest of Pepperdine’s season end?

Real answer: It’s anyone’s guess. The rest of the WCC season will be a crapshoot. At this point in the conference season, no game is a given — just ask BYU, who lost to the WCC tournament-ineligible Pacific Tigers at home on Saturday despite being undefeated in Provo this season.

With that said, Pepperdine has beaten every team remaining on its schedule, so the possibility of winning out isn’t out of the question. However, three of the last five games will be on the road; winning on the road has been quite the challenge for Pepperdine this year, but if the rest of the season is destined for a chaotic ending, anything is possible.

Pepperdine’s 2015-2016 rollercoaster continues on Feb. 11 as the Waves travel to the raucous McKeon Pavilion to take on the Saint Mary’s Gaels.