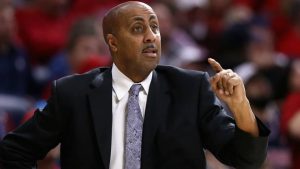 Photo by Christian Petersen, Getty Images Pepperdine Men’s Basketball has announced the hiring of Arizona’s Lorenzo Romar as its next head coach, according to a statement released on Monday, Mar. 12. Romar, 59, is serving on Sean Miller’s coaching staff as the Associate Head Coach after serving as the head coach of University of Washington from 2002 to 2017. He will … END_OF_DOCUMENT_TOKEN_TO_BE_REPLACED 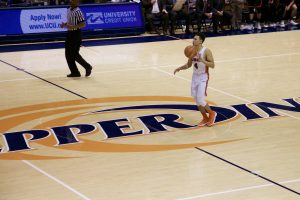 Photo by Arthur Puu Pepperdine Men's Basketball snapped an eight-game losing streak with a 75-64 home win over Portland on Saturday, Feb. 24. Sophomore forward Kameron Edwards finished the night with 22 points, including a career-high five three pointers, with nine rebounds. "It's great to finish the season off with a much-needed win," Edwards said. "We came out in the … END_OF_DOCUMENT_TOKEN_TO_BE_REPLACED 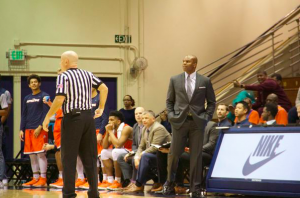 Photo by Arthur Puu When I think of Pepperdine's decision to not renew Marty Wilson's contract next season, I think of the closing scene of "The Graduate." Dustin Hoffman's character successfully persuades Katherine Ross's character to spurn her future husband at the altar. Caught up in the moment, the young lovers run out of the chapel, board a bus and ride away from the … END_OF_DOCUMENT_TOKEN_TO_BE_REPLACED 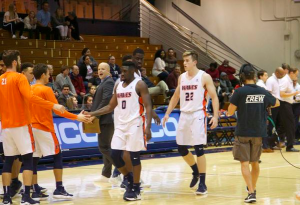 Photos by Arthur Puu With two more weeks left in the regular season, Pepperdine Men's Basketball played a home-road series against two of the top three teams in the West Coast Conference: BYU on Thursday, Feb. 15 and No. 9 Gonzaga on Saturday, Feb. 17. Since the calendar changed to 2018, the Waves have gone 1-13 compared to 3-11 in the first half of the season. The … END_OF_DOCUMENT_TOKEN_TO_BE_REPLACED 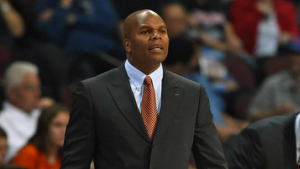 Head basketball coach Marty Wilson has just been fired. Last season, the Waves saw their lowest win total since Wilson took over as head coach in 2011. Some players, including Kaijae Yee-Stephens, blame the 9-22 record on injury and illnesses that plagued the team Fans could not have comprehend the idea of this season being any worse, but the team is currently sitting … END_OF_DOCUMENT_TOKEN_TO_BE_REPLACED