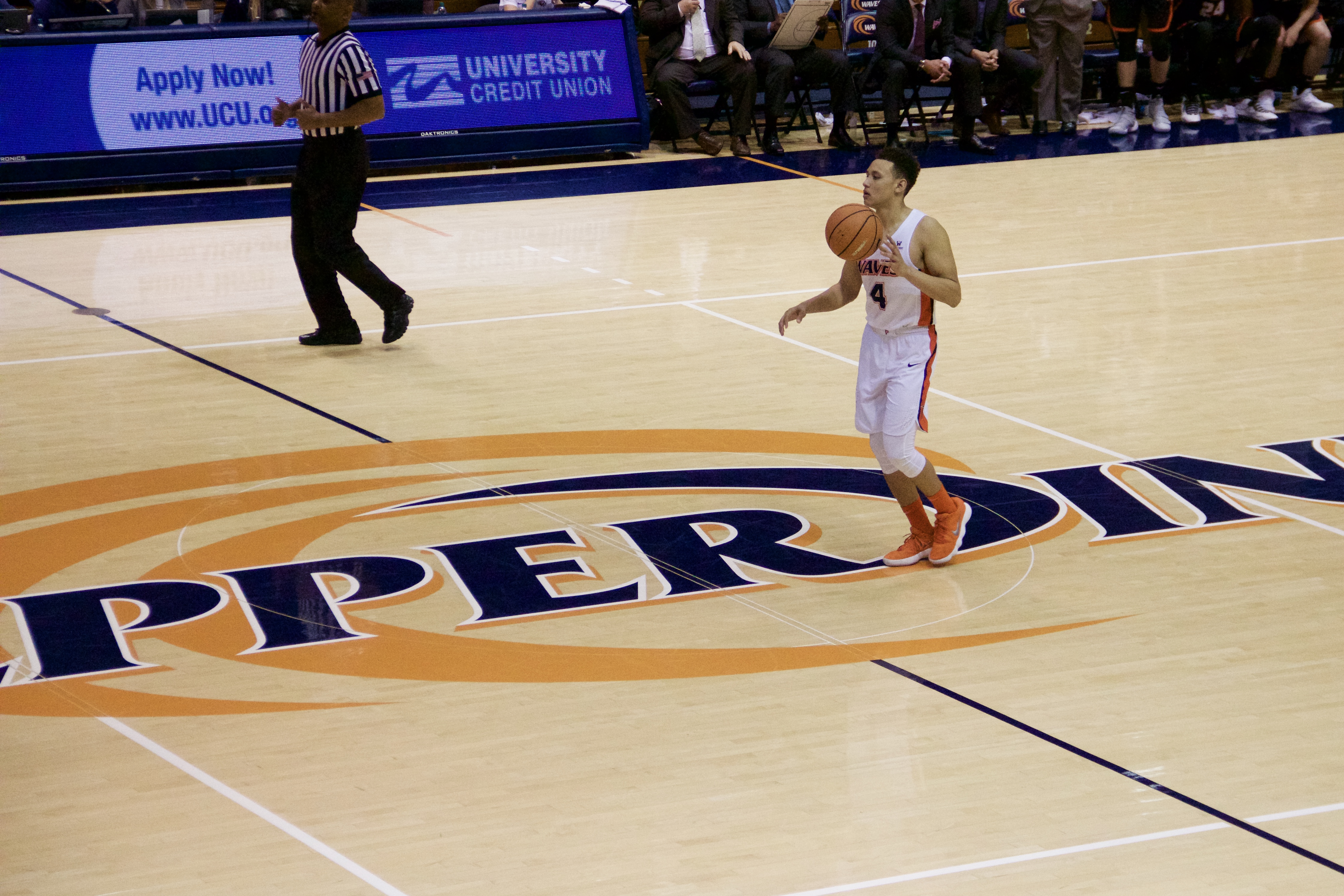 “It’s great to finish the season off with a much-needed win,” Edwards said. “We came out in the first half hot on offense, and coach told us to never look back.”

With the victory, Pepperdine finishes the regular season with a 5-25 overall record and 2-16 in West Coast Conference play.

“The guys played great tonight,” Head Coach Marty Wilson said. “They dominated from the start. This game proved that a season record doesn’t always tell the full story of a team’s character, hustle and heart.”

“To be with this program for five seasons is absolutely incredible,” Udenyi said. “I thank God everyday for the opportunity to play with amazing and supportive teammates and under [Head Coach] Marty Wilson, a chance to comeback and give this team some veteran leadership and filled with countless memories.”

In the first half, the Waves offense started off blazing hot with an 11-0 run. Pepperdine continued to extend the lead behind 14 first half points from Edwards to enter halftime, up 42-17.

In the second half, Portland came out of the break taking a 16-2 run to cut the Waves lead down to 55-46 with eight minutes left to play. However, Edwards continued to roll on offense, keeping the Waves’ lead afloat in the final minutes before Pepperdine took the game, 75-64.

Junior forward Darnell Dunn posted the first double-double of his career with 13 points and a career-high 10 rebounds off the bench. Freshman guard Trae Berhow added 14 points and five rebounds in the victory.

“We played a very strong game on both ends of the ball and we got a balanced offensive attack from everyone,” Dunn said. “We just stayed aggressive on defense and that led to easy opportunities on the offensive end.”

On the mentality heading into the WCC Tournament: “We have to keep up what we did in this game into the tournament,” Berhow said. “Although we are the last seed, we are going to play hard. We know we can surprise some teams.”

On his first career double-double: “It’s about time,” Dunn laughed. “But in all seriousness: It’s all about what the team needs me to do, from scoring or rebounding.F I will do my job to ensure a team victory.”

On moving up to No. 6 on the Waves’ overall single-season assist list: “[I’m] not really thinking about the record when I get out there and play, to be honest,” Ross said. “I just try to find my teammates to give them the best possible shot.”

Pepperdine will compete as the tenth seed in the 2018 West Coast Conference Tournament in Las Vegas, Nevada. The Waves on Santa Clara on Friday, March 2 at 8 p.m.