Last season, the Waves saw their lowest win total since Wilson took over as head coach in 2011.

Some players, including Kaijae Yee-Stephens, blame the 9-22 record on injury and illnesses that plagued the team

Fans could not have comprehend the idea of this season being any worse, but the team is currently sitting at a 4-22 record in last place of the West Coast Conference.

“Dr. Potts and the athletic department made the right decision at this point,” said junior David Ko. “I mean the team is 4-22 and Coach Wilson has had a career winning percentage right around 400.”

Many players did not want to comment on the firing, except for sophomore guard Elijah Lee who has spent this season on the bench after starting a majority of the games last season.

Some people have expressed uncertainty about the firing of Coach Wilson, but Ko agrees with the decision.

“Division One basketball, any Division One sport, it’s a bottom-line business,” Ko said. “If you’re not winning, you don’t deserve to have a job. It’s very competitive.

The decision to fire the head coach has left some question marks on where the team is headed. 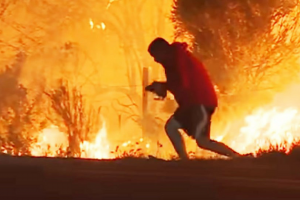