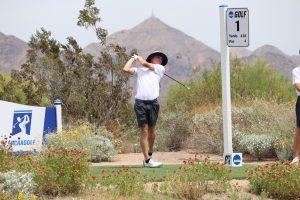 Then-junior Joe Highsmith competes in the NCAA Golf Championship in Scottsdale, Ari., on June 2. Highsmith said there were a couple hundred people at the match supporting the team. Photos courtesy of Pepperdine AthleticsMen's golf has a chance to do something no other Pepperdine team has done in the past: repeat as national champions. It’s one challenge to win a national … END_OF_DOCUMENT_TOKEN_TO_BE_REPLACED 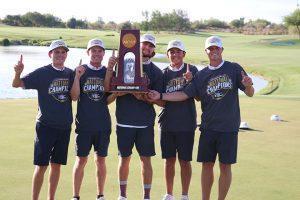 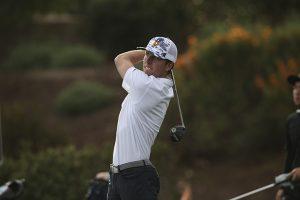 Fifth-year Joshua McCarthy swings his PING driver during a 2019 tournament. McCarthy snagged his first career win at The Pasadera Collegiate Invitational in Monterey, CA, on Oct. 5–6.Photos courtesy of Pepperdine AthleticsAfter a bitter end to the 2019–2020 season and a flash of potential at the U.S. Amateur Tournament, Pepperdine Men's Golf started its preseason … END_OF_DOCUMENT_TOKEN_TO_BE_REPLACED 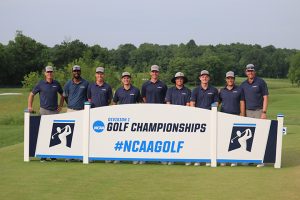 Photo courtesy of Roger Horne | Pepperdine AthleticsThe 2019–2020 Pepperdine Men's Golf roster includes seven or eight legitimate standouts who could make a major impact on any collegiate team.The problem is, only five can play at a time."A lot of good players who, on any other team, would be one of the starting five all the time, may not travel because our team is just … END_OF_DOCUMENT_TOKEN_TO_BE_REPLACED 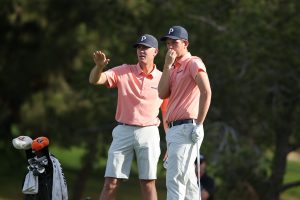 Photos courtesy of Jeff GoldenMen's Golf is starting the year strong after winning the West Coast Conference championship last season. This year, they have even larger goals in mind. The conference championship was the first for Men’s Golf since 2015, and it was not the team’s only accomplishment. Junior Josh McCarthy qualified for the NCAA Championship, junior … END_OF_DOCUMENT_TOKEN_TO_BE_REPLACED