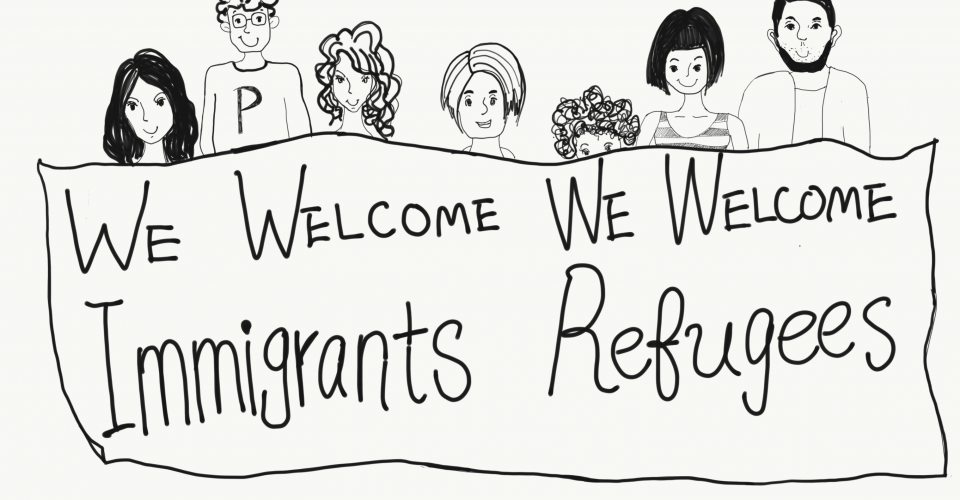 In our first staff editorial of this school year, we encouraged students and members of the Pepperdine community to embrace the changes — both physical and cultural — that Pepperdine has seen since 2015. In the six months that followed our editorial, we have seen several cases of student activism, from a Columbus Day protest to a Walk for Unity to the time for prayer and gathering in solidarity with refugees and immigrants that occurred just last week.

In the space of a semester, many issues that are important to students have been raised by these peaceful demonstrations. And, notably, the Pepperdine administration has heard these students, at times, participated in these gatherings, and acted to answer their requests. This open relationship between students and administration, one in which opinions can be expressed and issues addressed, is central to creating a productive, cohesive campus. Now is an opportune time to take note of the conversations and the resulting actions that have grown from students using their voices to create discussion in all levels of our community.

Just last week, the administration announced that the Christopher Columbus statue will be removed from the Malibu campus and relocated to the Pepperdine campus in Florence, Italy. This announcement marks an action in a months-long discussion that includes a Columbus Day protest of the statue in October 2016 and a peaceful sit-in protest led by a student group called Waves Against Ignorance in November 2015. At the sit-in, protesters distributed a list of requests, including the removal of the statue and the wooden mural in the cafeteria that depicted the conquest of California. Students rose awareness to issues they felt needed addressing, including repeated racist comments on the Yik Yak app, and the administration heard their voices.

Administration responded by creating a committee to discuss issues of cultural inclusivity and removing the wooden mural in July 2016. Since then, curriculum for a potential general education class on diversity is under consideration and faculty members continue to attend cultural training, such as SEED Diversity Training.

It should be noted that the administration is not completely following the written requests of the original Waves Against Ignorance protest in the case of the statue. While the group originally asked for the “permanent removal of the Christopher Columbus statue, located above the amphitheater, from any University location open to any students and/or general public,” the statue will still be placed on a Pepperdine campus and not put in storage.

While students’ voices are heard, they may not reach the exact goal they had set. The administration must still take aspects beyond the student body’s wishes into account, such as promises to donors, before making decisions regarding protests.

Pepperdine is making an effort to bring its community together during times of conflict and converse with students about difficult issues that are arising in our country and world. Chaplain Sara Barton’s talk at last Wednesday’s Chapel, which encouraged students to “wake up” to what is going on in the world and listen to multiple perspectives, is one recent example of this. Encouraging students to face and discuss political, racial and social issues rather than letting emotions and opinions fester is a worthy goal.

The Walk for Unity event held in November 2016 signified a time to join in “collective solidarity on our campus” and “walk in humility and compassion” in the midst of a tumultuous political atmosphere, according to previous Graphic reporting. Students joined hands with other students, faculty and administrators in prayer. The walk was planned and organized by one student and ended up fostering conversation and togetherness for many more. This is the type of direct, personal communication that our community — and any community — needs to thrive.

Addressing faults and being open to the diverse perspectives in the Pepperdine community is no easy task. It is difficult to look in the mirror and acknowledge that, perhaps, we don’t always like what we see. However, it is only through this method of discussion and reflection can we become a more welcoming, united campus.

Members of the Pepperdine community should continue to use their voices to have productive conversations and take some agency for the things they care about. Speaking with members of SGA, using the Freedom Wall to promote discourse, planning protests and gatherings or attending these events will continue to foster a healthy community. While the answers and solutions provided may not be what was originally envisioned, at the very least their statements will be acknowledged, as has been shown in the past. This is not a perfect process, or an easy process, or a process that everyone agrees with, but that is precisely the point. Having these conversations is how we grow as a community, growing pains and all.

Image Courtesy of the BSAWith one-third of the country watching one of, if not the most, celebrated sports event in America,...
Copyright 2013 Jupiter Premium Magazine Theme
Back to top