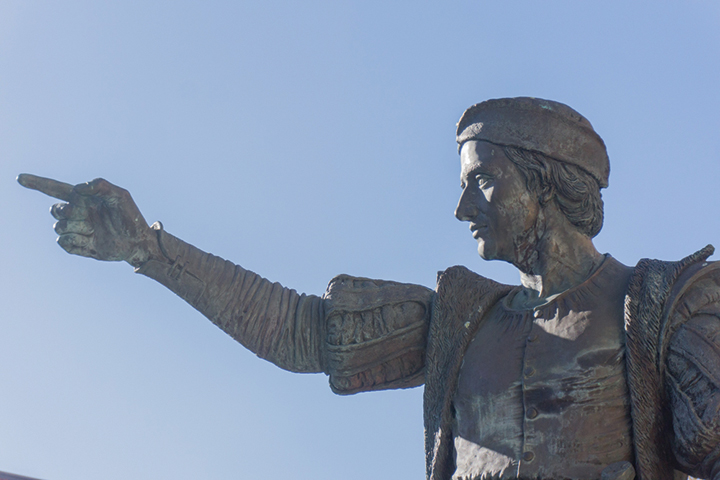 The Christopher Columbus statue is officially set to sail across the ocean blue.

President Andrew K. Benton sent out a press release Monday that said the Christopher Columbus statue will be relocated to the Pepperdine campus in Florence, Italy. This has come after months of protest about diversity and equality by many in the Pepperdine community.

“I appreciate the input from the community on all side of the issue,” Benton said. “If I had to choose a word to describe the process it would be the word respect. I respect those who made the original gift and, of course, I respect students and others who have expressed themselves articulately with different views.” 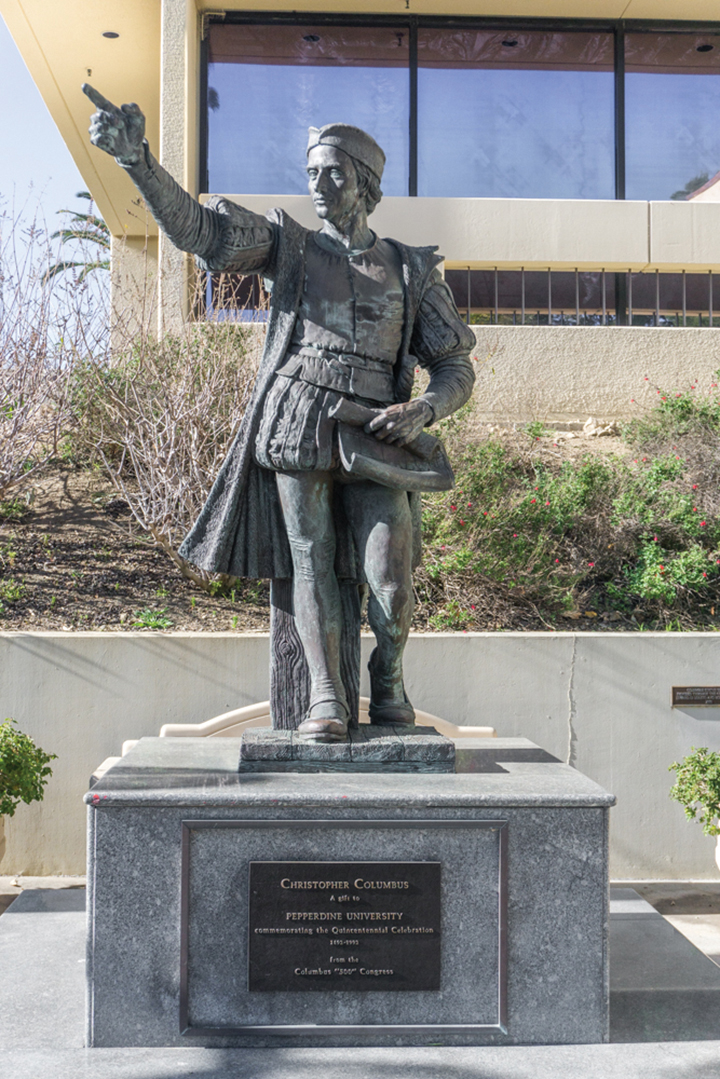 Following President Benton’s decision to relocate the statue, PRagerU, a website that self-identifies as a conservative site, launched a petition demanding that the statue stay put.

According to Prager’s petition, “Columbus’ daring journey to North America led to the creation of the freest and most prosperous nation in human history. We want the statue to stay right where it is – where it can continue to inspire generations of American students to act courageously and explore new frontiers.”

Controversy regarding the statue began approximately two years ago.

On Columbus Day last year, approximately 26 students, dressed in black and wearing white ribbons, deposited flowers in front of the statue and sat in silence for about 40 minutes in protest of the statue. Protestors requested for the Columbus statue to be removed, discarded or put in storage.

In November 2015, approximately 100 students dressed in black entered the Waves Cafe to peacefully participate in a sit-in. The purpose of the demonstration was to show support for the University of Missouri students who were protesting racism according to previous Graphic reporting. At the demonstration, flyers circulated stating the protest’s mission, including the removal of the Christopher Columbus statue from any university location. Protestors also requested the prohibition of the Yik Yak app on any University-provided Internet servers or WiFi connections, mandating all students, faculty and staff complete cultural sensitivity and diversity training and the addition of a General Education requirement course that focuses on diversity and inclusion.

Senior and participant in the protest last semester, Nyah Wilson, shared her thoughts on the statue relocation.

“I know a lot of people didn’t know why we were protesting, but the main thing is that Christopher Columbus represented murder, genocide and was praised for essentially stealing and harming a lot of people,” Wilson said. “I think just the weight of that is harmful to have at your school and the fact that something happened from the protests and the actions from a lot of student leaders is crazy.”

In the press release, Benton noted that he believes the donors of the statue did not have any malicious intentions behind their actions.

Senior and participant in the Columbus Day protest, Eboni Lee expressed her excitement over the relocation.

“I think it’s encouraging because I did participate in the protest not too long ago and we actually saw a result and a change of some kind,” Lee said. “I think it’ll be a nice change to not have to walk around campus and see that statue and be reminded of all the terrible things that have been done because of Christopher Columbus. Yeah, we discovered a new world, but what was the cost to the people that were already here and the people they brought here because of this new land?”

There is still no specific timeline for when the statue will be shipped to Florence.

“It may take some time, but we are underway following the decision made last week,” Benton said.

Benton also noted that he hopes to continue the conversation by scheduling a community forum in the month of February to discuss the decision and consider the other national issues relevant to diversity on our campus.

Update: This story was updated on Feb. 7 at 7 p.m. to include information about the petition.