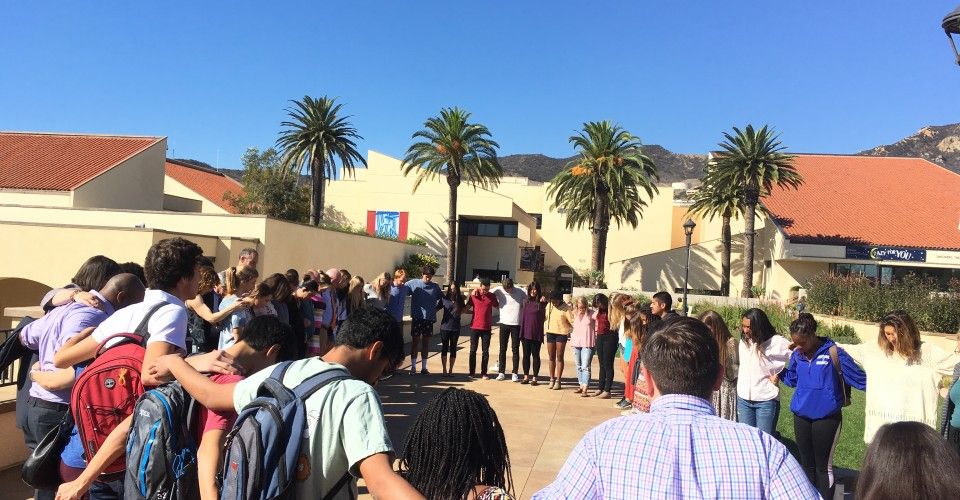 Pepperdine community members were informed about this Waves in Solidarity event via an email sent out Sunday afternoon that explained the goal of the event was not to protest the election results, but to encourage community members “in the midst of these fear-filled and divisive times stimulated by the recent elections” to join in “collective solidarity on our campus” and “walk in humility and compassion.”

Heavin Hunter, a freshman majoring in Political Science, explained that the Walk for Unity event was the product of her thoughts during one of her Social Action and Justice colloquium class periods.

“We were discussing how different people were reacting to the election. Some people were scared, despite who they voted for or not. People were scared to voice their opinion, people were scared about being included or feeling like they weren’t wanted,” Hunter said. She said she envisioned a forum in which community members could come together as adults and speak freely, not being afraid to voice how they feel.

The Unity event was split into two portions. During the first portion of the event, participants wrote their names on small pieces of paper that were collected by Hunter. When all the papers had been collected, event participants formed a large group hug and Aguayo delivered a prayer over the united group. After the prayer, each participant was given a paper with someone else’s name on it and walked to the Stauffer Chapel while linking arms and praying over the name that he or she received.

During the second portion of the Unity event, those who chose to participate met in the Stauffer Chapel for a time to voice their feelings and concerns in what Hunter said was a “safe space.” During this time, those in attendance spoke of their fears about the future and their concerns that the anger that surfaced both during the campaign season and after the election would negatively affect the unity of the American people. Others spoke of wrestling with their frustrations that large numbers of churchgoers would support a candidate who they said made offensive comments.

Statements of hope were also presented. One participant spoke of his belief that God’s plan would guide the future of the nation. Another spoke of the symbolism of linking arms as indicating that “we are here for a purpose.” Those in attendance also spoke of feeling an outpouring of support on the Pepperdine campus. When the discussion session ended, some participants stayed behind to hug Hunter and speak with her.

Senior Kaitlyn Caughfield said she attended the Unity event because “things are very scary right now and there is a lot of anger on both sides.” She said that it is important for community members to come together, putting aside differences, to fight for each other.

Freshman Ike Egwuonwu said he hopes the event will promote “different viewpoints coming together, because this whole election season, there has been a lot of attacking on both sides and it’s better if we all just stay together.”

Seaver Dean Michael Feltner said he attended to support students in coming together and affirm that all community members are persons of value. “I think as a Christ-centered university we are founded in Christ’s teachings to love God and to love our neighbor, and I really think this is what we’re doing today, so I’m happy to be here,” he said.

“I heard there was going to be a unity walk on campus and thought I would love to be a part of that. I appreciate the initiative of our student leaders to do thing to bring our community together,” Dean of Student Affairs Mark Davis said.

Freshman Harold Aguayo said he participated in the unity event because after the election he felt a “heaviness.” Aguayo said that “the only true person who can take away that burden from our back is God, and I strongly believe that.”

When asked about future steps toward unity, he said that awareness and prayer are two key pursuits.

“I think that the most powerful weapon is prayer, and I strongly believe that with all my heart. [I believe] that faith conquers all, and love conquers all, and just spreading that love, whether it may be a smile, or uplifting conversations with a person, even though we might have opposing views [is important],” Aguayo said. 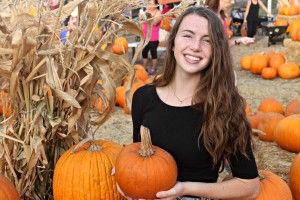 Photos by Micah LambertFreshman Michaela Wall is a 'Pepperdine Legacy.' Three generations of her family, reaching all the way back...
Copyright 2013 Jupiter Premium Magazine Theme
Back to top