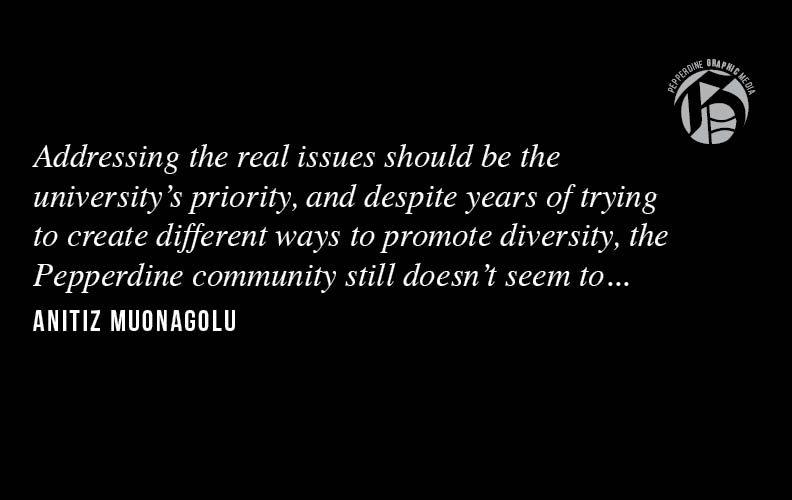 Pepperdine is infamous for its rocky relationship with diversity and inclusion such as the LGBTQ+ freedom wall scandal and racial microaggressions. Students have protested and outcried for progress, but is Pepperdine actively trying to change or just pacifying the masses of the students? Pepperdine and students need to evaluate whether their programs are producing tangible results or if they are just another form of self-gratification for the administrators.

Addressing the real issues should be the university’s priority, and despite years of trying to create different ways to promote diversity, the Pepperdine community still doesn’t seem to understand diversity issues; the efforts are half-baked.

One of the ways seems to be the Seeking Education Equity and Diversity (SEED) program. In an interview with the Graphic, Pepperdine Professor Bert Ballard and Associate Dean and Professor of Religion Kindy DeLong said SEED was a response to the protest of the Columbus statue and Native American painting since the students demanded a mandatory teacher diversity course.

However, is SEED effective in reforming the faculty relations with students? As aforementioned, Pepperdine adopted SEED due to students demanding mandatory training on diversity issues, but SEED remains optional. DeLong said the SEED program works best when, “people want to be part of that conversation.”

Wanting to be a part of the conversation is helpful when promoting progress, but shouldn’t all faculty at Pepperdine be open to new perspectives and finding the truth?

Another way Pepperdine has tried to encourage inclusion is through Diversity Dinners. Diversity Dinners are planned meals at the President’s house for students to talk about issues on campus and solutions for said concerns. Payton Silket, BSA co-president, described the events as an opportunity for “great dialogue.” He continued via email, writing that the dinners were the first step to diversity and inclusion advancements.

“[But] there’s only so many fancy luxurious dinners,” said Latin Student Association (LSA) Freshman Liaison Harold Aguayo. “They have the potential [to solve issues] but we haven’t done anything,” he said. “We talk a lot about like the Board of Regents and we talk about all this stuff and we don’t know who they are, the mystique of them. What’s the mystery behind them? What’s the mystery behind those that are making the laws.”

The Diversity Dinners that President Jim Gash holds are a great way to bring conversation and spur discourse, but without action and a sense of urgency from administration to solve issues, these dinners are just empty promises that show a facade of progress.

Lastly, are administration and faculty hesitant to speak out?

Naya Edwards, a first-year student present at the Diversity Dinners, theorizes, “Even the ones that were aware of the issue won’t say anything because, I mean, if there [are] people paying them and feeding their families, then I can understand the hesitance to speak out against the administration.”

No one wants to bite the hand that feeds them, but if the faculty is too afraid of how the administration might react, that means both the students and professors suffer and Pepperdine stays static in resolving inclusive and diversity problems.

Naya proposes another theory: “The faculty is not diverse itself, so a lot of people don’t tend to speak about issues that don’t affect them.”

The majority of Pepperdine faculty is white, so that means many issues these diverse communities face go over their heads and aren’t noticed.

Fortunately, there is hope. “There is a silver lining”, wrote Diversity Council student representative Natalia Escobedo-Molina. “If you are experiencing an issue around diversity and inclusion there are so many resources to express that and attain help whether that be through SGA, ICA or sharing your experiences with your trusted faculty mentors.”

Pepperdine must remove the sense of mystique brought about by the administration, including the Board of Regents, re-evaluate its institutions like SEED and make it mandatory and acknowledge the issues that have persisted for years. Pepperdine must publicize to the entire university that change is soon and inevitable. 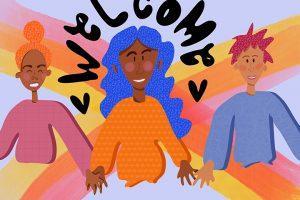 Art by Elizabeth Brummer With the suspension of the Pepperdine Shanghai program following the December 2019 outbreak of COVID-19...
Copyright 2018 Pepperdine Graphic
Back to top