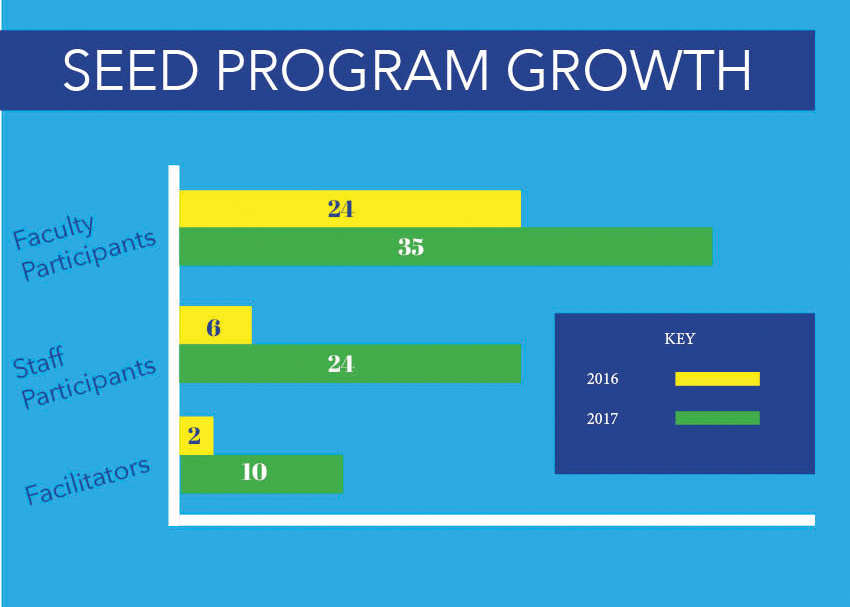 Settled in for its second year, SEED has doubled in faculty participation since Pepperdine implemented the diversity training program last year. This year, 59 staff and faculty will participate in the program.

Members of the Pepperdine staff and faculty have voluntarily undergone diversity and inclusion training. Diversity training was part of a list of demands made by students to the administration after silent protests held on campus in 2015. SEED, which stands for Seeking Educational Equity and Diversity, Training is a peer-led diversity training program.

Associate Dean of Seaver College Kendra Killpatrick leads the SEED program for Seaver. Kilpatrick said careful consideration was put into what “diversity training” would look like. Rather than formal training, Killpatrick found an open forum.

“SEED is a program that creates a conversational community” Killpatrick said. “It is about engaging people in conversation over difficult topics from their own personal experience. Sharing personal narratives of your story, your identity, your experience, in which we learn through hearing someone else’s experiences.”

Participation in the program has almost doubled in just two years since the program’s initiation.

“It’s not a manual of techniques to use in a classroom, and its not training modules that are four hours long and require everyone to click through,” Killpatrick said.

Last year, 30 faculty and staff members took part in the SEED, according to a previous Graphic article. One year later, SEED garnered 35 faculty, 24 staff and 10 facilitators to help lead discussions. Kilpatrick said there has been widespread participation in just the first two years of SEED’s fruition.

“In our staff group, we have people from Student Affairs, the Chaplain’s Office, Student Success Center and Advancement” Killpatrick said. “After this year we will have 59 faculty who experienced SEED, which is about a fourth of our full time faculty. In just two years I think we’re making great progress there.” 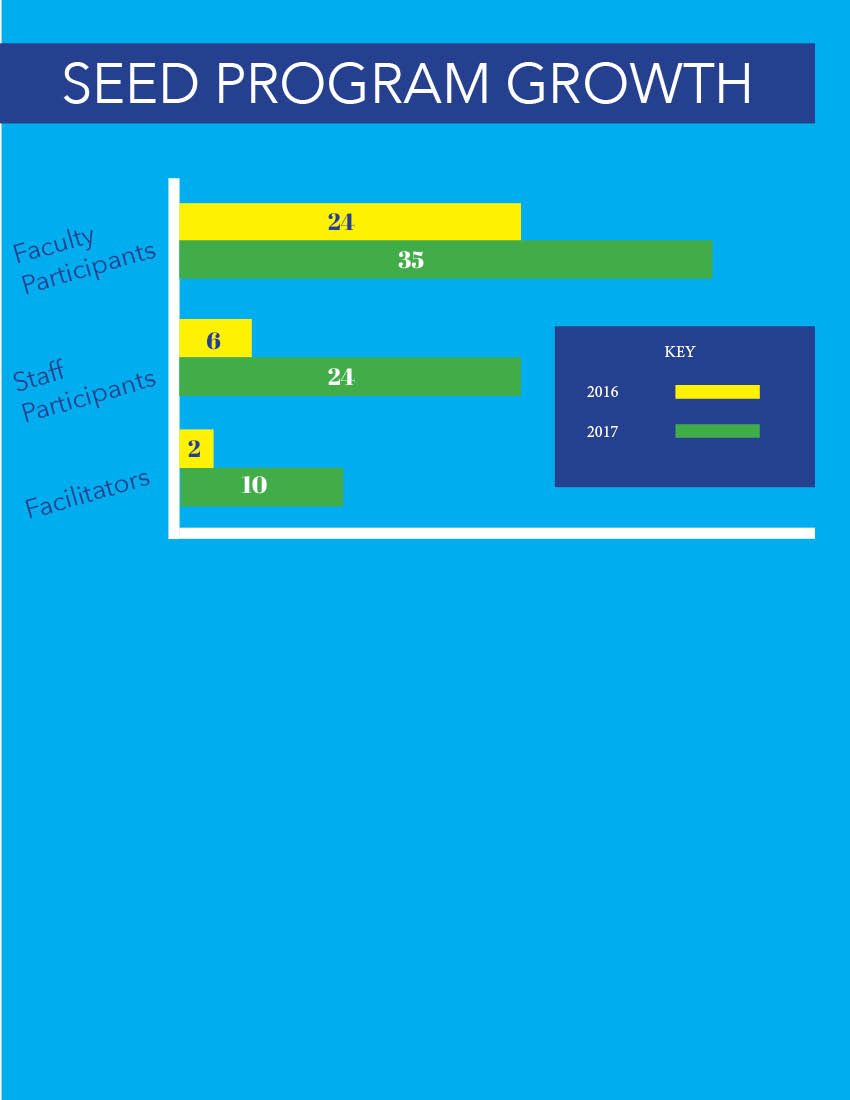 David Holmes, professor of English at Seaver, said he participated in the program in its first year. This summer Holmes said he underwent facilitator training and talked about his engagement with the program.

“We have a wide range of ethnicity, gender political positions and so on in our faculty and staff” Holmes said. “Our diversity is a true enactment of what SEED is about; conversation across differences.”

SEED is not solely focused on preparing for controversial conversations in an academic setting. “Facilitating training does apply to training teachers who work with students, but SEED is not just about that” Holmes said. “SEED facilitator training goes over conversations about race, gender, class, and sexual orientation.”

Bert Ballard, professor of Communication, said he took part in facilitator training during summer 2016 and is returning to facilitate SEED for a second year at Pepperdine.

“It’s [SEED Training] intense. We start at 7 a.m. we have meetings at breakfast, discussions at lunch, with little breaks around 4 p.m., but we’re in sessions that end at anywhere from 8 to 10 p.m.” Ballard said. “So six days of around the clock training. It’s hard work, but it’s good work. It prepares you for when you come back here to lead the SEED seminars with the pedagogy they taught you.”

While the call for SEED was borne out of student protest, it also comes at a transitional time for Pepperdine as a university. According to Admission Fast Facts, Pepperdine has become increasingly diverse and the number of White students is no longer greater than 50 percent.

“As we have students who come from a variety of backgrounds, experiences, stories, and geographical locations, professors and teachers need to know how the things we say or even don’t say impact students in the classroom” Ballard said.

Pepperdine’s establishment of SEED came at a crucial time. With increase in participation Holmes said the cause might be bigger than diversity at Pepperdine.

“My guess would be that it has a lot to do with what has been going on in our nation in regards to race relations” Holmes said. “I appreciate the range of people that SEED is open to. Our group is a true enactment of what SEED is about: conversations across differences.”

Killpatrick said SEED continues to spread throughout Seaver through ‘word-of-mouth’.

“We are talking about the program at length with the new faculty. We specifically introduce SEED, what it is, and do some activities relating to it so they can experience it,” Killpatrick said. “I hope to see it continue to progress and I would love to see everyone take part in SEED.”

Killpatrick made it clear to mention that SEED is not a mandatory training program for teachers.

“There is no financial incentive, there is no mandate. We are offering no incentive other than the value of the program” Killpatrick said. “We’re asking them to commit a year of Wednesday morning time that they could spend doing other things.”