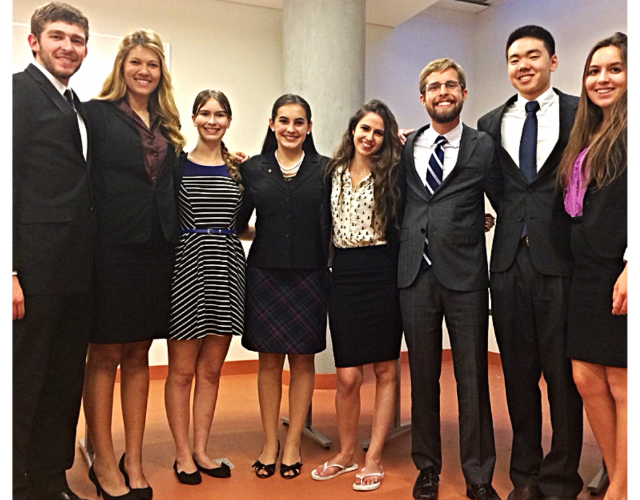 The Student Government Association approved the Mock Trial Club’s proposal for administrative support on April 1, which also elevated them to a “team” status.

SGA will now provide the team with much-needed funding, allowing them to attend invitational events all over the country and add many more additional members, team captain and sophomore Allyson McReynolds said.

“The American Mock Trial Association releases a mock case involving either a criminal or civil charge [every year],” McReynolds said. “Our team prepares both the prosecution and defense. Students take on the role of either an attorney or witness, and we compete against other teams across the state and nation. Attorneys direct and cross-examine witnesses on the stand, as well as learn rules of evidence, case law and courtroom presence.”

McReynolds said one of the best parts about Mock Trial is the huge advantage its members will have when trying to get into law school after their undergrad is finished. Actual justices and practicing attorneys judge all of their tournaments, she said. The team gets to talk with them about their careers and solicit advice on preparing for law school. Creating connections and opportunities for one’s self and the team is also a big bonus of being part of Mock Trial, she said.

“Our coach, who is a student at Pepperdine School of Law, got one of my team members an internship this summer with the district attorney’s office,” McReynolds said. “Connections like that are something I really want to cultivate and make available to other people who aspire to go to law school.”

The team’s coaches are School of Law students Patrick and Sara Spires, who work with Mock Trial on a strictly volunteer basis. McReynolds said she hopes that with their new SGA sponsorship, the team will be able to potentially give something back to the couple who has given so much to them.

Yu, who is currently undecided between law and business school, said his time with the Mock Trial Team has significantly helped him build team communication, time management, public speaking and analytical skills.

Team member and freshman Rena Ohana said she hopes SGA’s sponsorship will help get the team some much-deserved recognition. A lot of colleges have very recognizable Mock Trial Teams, she said, but Pepperdine is definitely not one.

“People mix us up with the debate team, and it can get frustrating because they’re two totally different things,” Ohana said.

Ohana, who is an International Business major, said she plans on attending law school and eventually pursing a career as a lawyer. After arriving at Pepperdine, she said she wanted to get some courtroom experience as soon as possible, and Mock Trial enabled her to do that.

Sophomore Jenny Stephens said she is excited for SGA’s sponsorship and hopes it will make people more aware of Mock Trial and bring some notoriety to the team. Students are familiar with the debate program because of their team status, she said. Now that Mock Trial is in the same category, she said hopefully more students will join.

The exposure to trial proceedings and the law itself is one of the biggest benefits of Mock Trial, freshman Anna Boerwinkle said. With SGA’s sponsorship, the team will get the added benefit of competing in more tournaments and interacting with more teams like theirs, she said.

“[We will] also get the chance to travel to different schools and compete with talented, intellectual students from all over the country,” Boerwinkle said.

Freshman Marisa Martin said she is thrilled about SGA’s approval for sponsorship. She said the entire team has worked very hard to turn Mock Trial into a reputable club. Even though Martin will be studying abroad in Heidelberg next year, she is optimistic about the team’s future and excited about the opportunities that will come from SGA’s support.

“I think this scholarship is really what our team needs to step up to the next level,” she said.

According to most of the members of the team, the friendships gained from their time spent together preparing cases and in the courtroom are equally as valuable as the academic benefits of the experience.

When asked about the biggest benefit of being part of the team, sophomore Brian Sanders was torn.

“I honestly can’t choose one. I’d say it is split between friendship and law experience,” he said.

Sanders, an English major focusing on writing and rhetoric, said he has met some incredible people since joining Mock Trial and feels they have truly challenged him to be a better person.

“These are some of the nicest and generally most interesting people on campus,” he said.

Martin, who hopes to one day have a career as a legal news analyst, also plans on attending law school after her undergrad is finished. When asked the same question as Sanders, she echoed his sentiment regarding relationships within the club.

“I would say that one of the biggest benefits is the friendships I have made. At the beginning of the season a lot of us were intimidated by each other,” she said. “But at the end of the year we became a large dysfunctional family, “ she said.

Stephens, who is majoring in Broadcast Journalism and doesn’t plan on attending law school, said most of the team didn’t know each other before signing up but they have established a very tight bond while competing together over the past year.

“The biggest benefit of being a part of Mock Trial is that I get to do something I love with a group of people I love,” she said.

To gain support from SGA, with the help of the Sophomore Class President Ed “Ed Ad” Adutwum, the team drafted a proposal and McReynolds and Sanders presented it to the them during SGA’s weekly Wednesday meeting. Among other things, the proposal breaks down logistical issues that might be imposed on the school, as well as the benefits Mock Trial would offer to the school. According to McReynolds, the proposal was given and the SGA’s vote to award sponsorship was passed unanimously.

According to McReynolds, the Mock Trial Team competes against many other schools across California, including UCLA, Pomona and Scripts scripps?. The UCLA team is very prestigious and well respected. They have several coaches overseeing five different teams, she said. Teams with financial backing from their schools have radically different programs. Cal Poly even offers course credit for being part of Mock Trial. SGA’s help will undoubtedly elevate Pepperdine’s program, McReynolds said.

The Mock Trial Team is currently made up of only of freshman and sophomore students, but McReynolds said this is very encouraging given the vast amount of talent among the young group. Everyone is focused on the longevity of the team and future success, McReynolds said.

“Where we are ending this year and where we are going to be starting next year is already miles above where we started last year,” she said.

She also said the teams newly appointed sponsorship and status is only going to help with that.

“Making it a team makes sure that Mock Trial is going to be something that lasts,” McReynolds said. 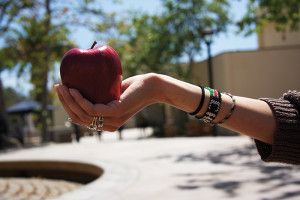