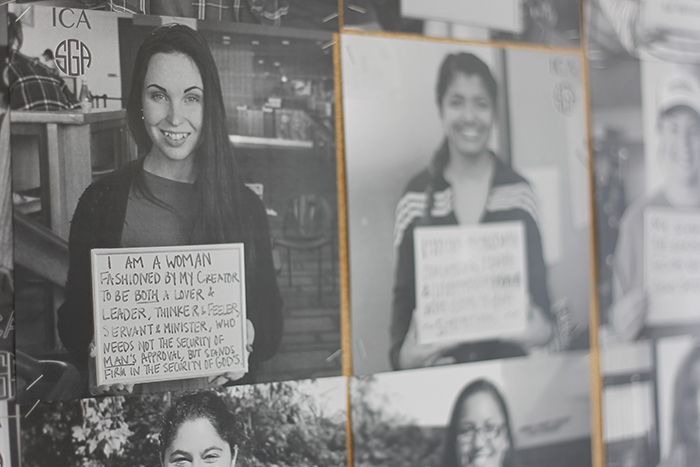 In celebration of Women’s History Month, Pepperdine is making efforts to celebrate women around campus.

March is Women’s History Month and the Student Government Association is making an initiative to make Pepperdine aware of it. SGA, ICA and the Board are celebrating Pepperdine women and what it means to be a woman through the “I Am a Woman Making Waves” initiative that was started by the SGA Women’s Committee.

The “I Am a Woman Making Waves” initiative consists of a photo campaign on the Freedom Wall, a themed Coffeehouse event that took place on March 13 and a display in the Sandbar made in conjunction with ICA.

“The initiative was made to start the conversation on women’s roles and rights in the real world, to bring a voice to the female population and to empower the women in the Pepperdine community,” Women’s Committee Chair and Junior Class President Nancy Kannampuzha said.

The photo campaign “I Am a Woman Making Waves” shows Pepperdine women displaying their beliefs, thoughts and ideas about being a woman on whiteboards. One reads, “I’m emotional not because I’m a woman, but because I love deeply. Womanhood is about strength and compassion, not weakness.”

Kannampuzha said the campaign was made to encourage the Pepperdine female community.

“We hope these photos make women Waves relate to each other to build a greater female community,” she said. “We want them to be able to look at a picture and say they identify with what is said on the whiteboards.”

Junior and Coffeehouse organizer Ryan Gladney said he aimed to have all female performers for the event. “Of the four acts we had, three of them were female performers,” he said. The artists who performed at the Coffeehouse showcased music by female artists, such as Alicia Keys and Stevie Nicks.

The display behind the couch area in the Sandbar shows portraits and bios of powerful women in today’s world. Some of the featured women include CEO of PepsiCo Indra Nooyi, CEO of IBM Ginni Rometty and CEO of General Motors Mary T. Barra.

“The display shows women in high positions of power in traditionally male-dominated fields,” Sophomore Class President and ICA intern Edward Adutwum said. “We hope to communicate the empowerment of women pursuing a career against the odds.”

Kannampuzha explained the major goal of this initiative.

“We hope this campaign makes Pepperdine women feel celebrated despite the way the real world treats women’s roles and rights,” she said. “We want them to ultimately remember that Pepperdine is a supportive and empowering community.”

Kannampuzha and Adutwum said SGA and ICA were working to get a female speaker, hopefully an alumna, to speak about being a woman and “making waves” before the end of the month.

Junior and Board member Connyre Corbett gave insight as to the difficulty of celebrating Women’s History Month through events.

“It’s a crazy time of year with Songfest and the music festival at the end of the month,” she said. “It gives little leeway to plan events for the month.”

However, she said she thinks the campaign is doing well. “It’s still a great idea to celebrate female empowerment throughout the school, to at least get the conversation going.”

Senior Hannah Novak said she’s sensed a lot of disagreement on whether having dedicated months for historically oppressed people is helpful, hurtful or unnecessary, but she said she appreciates the effort.

“Regardless of your stance or view on feminism, the rights and roles of women are part of a conversation we still need to be having,” she said. “So I appreciate that Women’s History Month creates a space for that dialogue.”

Junior Megan Won said she agreed with how the campaign creates a space for the dialogue. “It’s a creative way to honor women,” she said. “SGA is doing a great job in bringing awareness to it so it can lead to important and more effective conversations on a personal level.”

Adutwum also said he hopes the men in the Pepperdine community are supportive of the initiative.

“We want to encourage the men of the Pepperdine community to empower women, especially since they’re the majority,” he said. “It’s important to have the whole community acknowledging purpose, service and leadership in each other.” 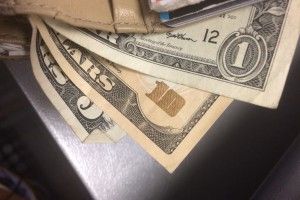