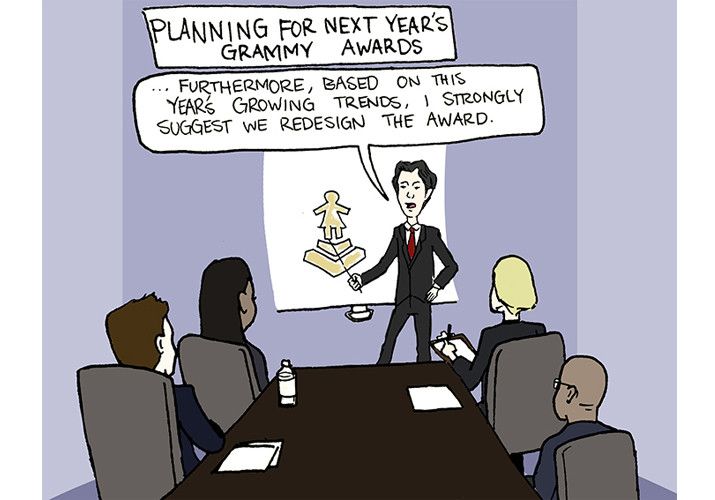 Even though Sam Smith won Record of the Year, last week’s Grammy Awards were all about the ladies. In just about every category, there were women who were winning or being highly recognized, not to mention camera action of rad female artists in the audience. After watching the show, it was clear that after a hiatus, music belongs to women once again.

Among the awards, nominations, performances and red carpet appearances, the ladies took center stage at the Grammys. In the past year, it seemed as though music was getting to be over-powered with male influence from artists such as Pharrell, Sam Smith and Jack White.

But with the end of the Grammys 2014 came the beginning of a year of music fully charged with female influence. This year, women won 21 main awards presented on the Grammys, while last year, they only secured 13 wins, according to Rolling Stone. The Grammys this year proved to the public that women are once again becoming the rulers of the music world after letting the men take the lead for a few years.

The biggest stride for women in the music industry at the show was St. Vincent’s self-titled album win for Best Alternative Album. Although this win was not televised, it has already made a huge impact on the music industry, due to the unique nature of a woman winning the award. It was a great example that not only can women win Grammys in the face of adversity, but they can also win in such a different and competitive category.

Last year, Vampire Weekend took this award for their album “Modern Vampires of the City.” In 2013, Gotye’s “Making Mirrors” reigned supreme, in 2012, Bon Iver’s self-titled album took the award, and The Black Keys’ “Brothers” before that in 2011. The odds were not in St. Vincent’s favor to win just because of her gender, as part of a category with male-dominated bands such as Alt-J and Cage the Elephant; however, her album was top-notch, and it proved that women’s talent should not be overlooked in the alternative genre or in the music world at large.

As well as winnings, women made quite a name in the nominations; they had a presence in almost every category, giving them huge recognition on the show and in the industry.

Both Sia and Taylor Swift were nominated for many awards and made tons of appearances on camera — Sia with her performance of “Chandelier” and Swift with her presentation of awards and iconic dancing in the crowd during performances. Valley-based girl power group Haim was nominated for best new artist after their debut album “Days are Gone” came out last year and put them in the running after their local success.

While many viewers think that the nominations are secondary to winning, these artists gain recognition and more fans just by being on TV.

The performances this year also had a large female influence. Scottish songstress Annie Lennox came out to do a duet with Irish singer Hozier, where she stole the show with her voice, as well as her rendition of “I’ll Put a Spell on You.”

Sia essentially had her music video performed with Maddie Ziegler, as well as an appearance from Kristin Wiig.

Katy Perry stunned the audience with her speaker, Brooke Axtell, a victim of child sex-trafficing, who gave a speech on her struggle with sexual abuse before Perry sang her heartfelt song, “By the Grace of God,” which moved audiences on both a musical and social level. Beyonce did a beautiful rendition of “Take my Hand, Precious Lord,” and stunned everyone with her vocals and performance with her grace and poise.

If these facts don’t make you think that women owned the Grammys this year, then think about this: Female singers and musicians are a different type of celebrity to the public. They are in the media just as much as male singers and artists, however, many are much quicker to scrutinize and judge women than men.

Just like other female celebrities, they are expected by the media to have something to prove, whether it be beauty or achievements, or hide, such as their sexuality or innocence. For example, Taylor Swift often gets written up in papers and tabloids for wearing short skirts and being provocative, but rappers Lil Wayne and Tyga are often shirtless and surrounded by scantily-clad women in their videos, and no one calls them provocative, but instead praise those songs.

Women have it more difficult than men in music just because of this double standard for women in society in general.

This year at the Grammys was the first time that I can remember where women were truly recognized for their gifts and talents of music, rather than scrutinized for their looks or recent actions. And even though women didn’t necessarily win everything, their nominations and presence shows skeptics more than ever just what a force they are in the music industry.

From the red carpet where they showed their unique styles all the way to the end of the awards show itself, women took the show by storm, showing, not telling, the public what a force they have. Although girl power at the Grammys, and in music in general, took a vacation for a little while, they are back now and here to stay. 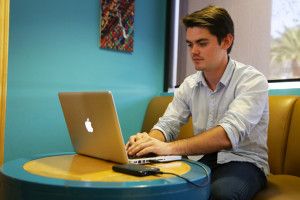 Photo by Alysha Tsuji From floppy disks (remember those?) to the Creative Cloud, Adobe products have evolved in the past...
Copyright 2013 Jupiter Premium Magazine Theme
Back to top