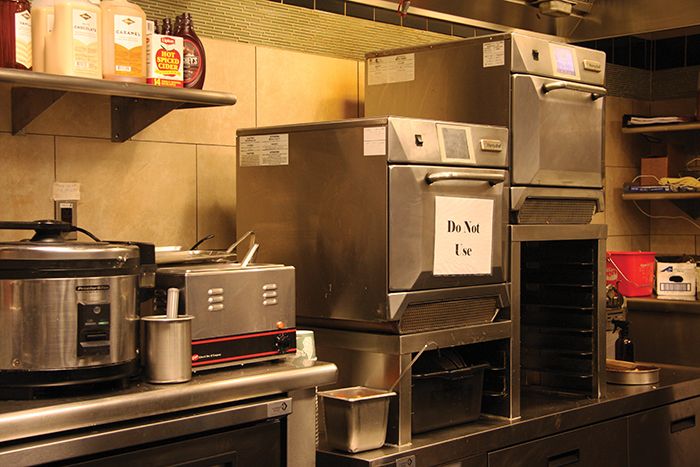 The HAWC is Pepperdine’s popular late-night hang out spot. Essentially, it is the only place on Pepperdine’s main campus to get food once the Caf closes. However, due to a malfunction, the HAWC had to operate with a limited number of ovens since late February.

“There was a series of malfunction, repair, malfunction cycles [in the HAWC ovens] that ended in a decision to replace them,” he said. “We’d think they’d be fixed, then they wouldn’t work.”

Two of the three ovens in the HAWC were down as a result of the malfunctions, which included a faulty keyboard and a heating failure. The broken ovens led to limited options and a long waiting time for food.

According to HAWC store cashier Walter Garcia, the breakdowns began near 9 p.m. on Feb. 22 and could not have come at a worse time.

“It was really stressful because nights are always really busy. But with Songfest rehearsals, it was even more so,” he said. “We couldn’t handle it at full service with just one oven.”

To decrease the time to make the food, the staff had to take certain dishes off the menu. The limited menu excluded the teriyaki salmon, the sandwiches, fries and for a while, the pastas — all popular menu options.

The HAWC store, however, saw an increase in traffic.

“There was more buying in the store,” Garcia said. “The sushi, salads and cookies were flying off the shelves.”

As of Tuesday, the HAWC is running at full service again.

Garcia said the staff understood the demand despite the broken ovens.

“We know that students come in here hungry and wanting to eat and study, and we try to do our best to make sure everyone’s happy,” he said.

“The HAWC staff went out of their way to make sure our needs were met,” he said.

Regular HAWC visitor freshman Brian Lui said he was mostly impressed on how the situation was handled.

“The staff was really good at handling it and letting us know,” he said. “I was kind of disappointed by how long maintenance took.”

“It didn’t take us long to respond to the problem and to make sure it was fixed,” Penwell said. “What took long was evaluating the issue, having to wait for parts to come in and the testing process before we can assure the ovens are fixed.”

“In this case, we had to outsource to the vendor of the equipment so we could go on,” Mischke said.

The oven malfunction and monthly assessment of the Dining Services facilities revealed a year-long process to re-equip both the HAWC and the Caf.

“In addition to regular replacements, we are hauling in an extensive set of new equipment,” Penwell said. “We hope to see this as a reinvestment that supports the demand of the students.”

According to Penwell, the school has invested a quarter-million dollars for new equipment. The new equipment included a new flattop, fryer, glass coolers, a convotherm steamer and five new ovens in the Caf as well as the two replaced ovens in the HAWC.

Mischke said both Dining and Facilities Services aim to do the best they can for the guests of the dining facilities.

“We aim to provide consistent service to students, and we both feel confident that [the new equipment] will satisfy the students’ needs,” she said.

Dining Services is asking students for feedback through online surveys as of this week. Penwell encouraged students to provide specific feedback towards the menu items and the services.

“We want to be better; we want to keep forwarding the goal to meet our guests’ needs,” he said. “So if students have any specific feedback, we would love to know.” 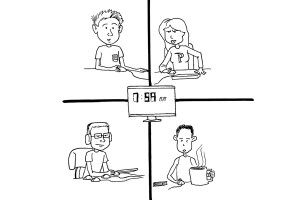 Art by Peau PorotesanoPepperdine students, it may be time for the Housing Games. The time has arrived for a battle to the death...
Copyright 2013 Jupiter Premium Magazine Theme
Back to top