“Both Feet In” Draws a New Baseline for Men’s Basketball 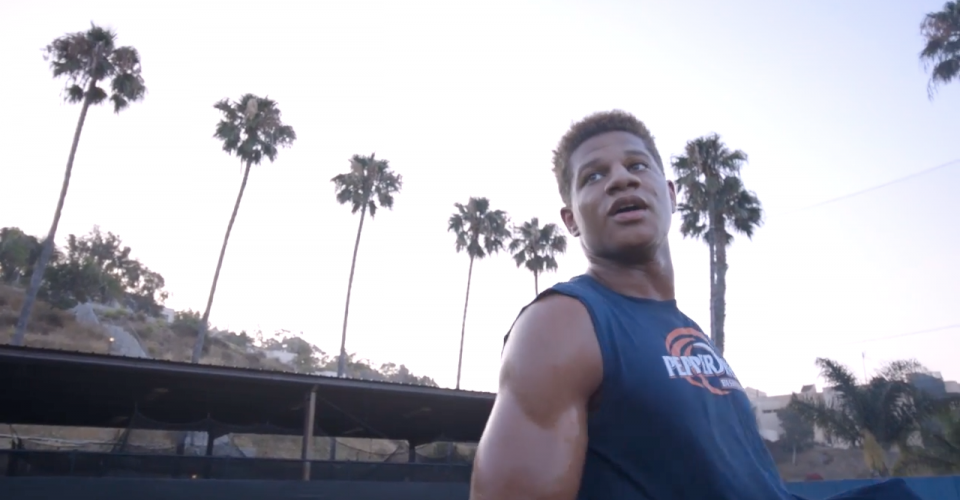 Screenshot from Both Feet In – Episode One

This week’s edition covers the debut episode of “Both Feet In” — a year-long docuseries produced by Seaver Admission. The eight-episode series aims to reveal the behind-the-scenes storylines of Men’s Basketball.

With the help of a dramatic voiceover and an assortment of inspiring background tracks, a glimmer of hope is restored for fans of the Pepperdine Men’s Basketball team.

Coming off a 9-22 season last year, there were undoubtedly some things that needed to change, and “Both Feet In” is a great way for viewers to get a closer look at the inner workings of the team and see those changes being implemented.

What struck me most about the first episode of the docuseries was Head Coach Marty Wilson’s somewhat unconventional approach to this year’s season.

This summer, there was more focus on taking a step back from the court and aiming that attention toward building chemistry and communication. Teamwork makes the dream work, and Wilson seems incredibly passionate about creating a strong foundation within the team off the court first.

The Waves struggled this past season with the loss of key graduating upperclassmen and several other instrumental players bound to the bench by injury. This year, the majority of the team consists of underclassmen, which means starting fresh in terms of chemistry and communication. However, creating a strong brotherhood now will hopefully transcend in the years to come, making the Waves a stronger, more successful team in the future.

Along with building strength as a team, the Waves spent most of the summer conditioning and building physical strength. Coach Matt Young embraces a “no days off” mentality and pushed the team to their limits in the weight room.

As the docuseries continues, hopefully with more intense voiceovers and a motivating soundtrack, I look forward to seeing how the Waves can translate the skills they have been developing over the summer onto the court this season.

This final word resonated most with me after watching the first episode of “Both Feet In,” a docuseries highlighting behind-the-scenes footage of the Men’s Pepperdine Basketball Team’s off-season.

Onward is the team’s mentality.

The Pepperdine Men’s Basketball team will have a slight disadvantage in the loss of some of their upperclassmen, in their three minor injuries, and in their youthfulness, but that will not stop this perseverant group of 11 in from preparing for a strong season: a season onward.

Their focus has been on chemistry, building one another up, communication, and listening, each of which constitutes the primary makeup of a strong sports team and is essential for these Waves.

As a viewer, I loved getting to see what the team has been working on for the past few off-season weeks. Their character and brotherhood was transparent in the video’s team building exercises and strength and conditioning workouts.

I am sure this fall basketball season will be one filled with competition, opportunity and maturity. Coach Young’s “no days off mentality” definitely pushes the team onward.

Save the Ankles — Kyle Cajero

Sports aren’t easy. Boiled down to its basest point, any athletics event involves the breakdown of the human body. Even though the members of the Men’s Basketball team — or any member of all Pepperdine athletics teams, for that matter — are far more athletic than the average individual, they’re still human. Their bodies experience wear and tear at a significantly quicker rate than the average individual. Each good practice — especially those in the weight room — involves bending the athlete’s bones, joints and muscles ever-so-slightly towards the breaking point.

With this in mind, my heart sank at the 5:01 mark of the debut episode of “Both Feet In:

My gut reaction after hearing “three rolled ankles” was dismissive. Surely, a rolled ankle is nothing, right? Right.

No. No, no, no. Not again. Pepperdine lost Edwards to a broken jaw last season, and neither Edwards nor Pepperdine’s roster needs to experience that pain twice.

If injuries derail Men’s Basketball again, then one of the following has to happen: Either someone on the athletic training staff needs to start using that 3-D Printer in Payson Library for something other than fidget spinners and miniature city skylines, or maybe I’ll donate what’s left of my legs and joints to science. They may have a few miles on them, but they’re still in okay condition.

Ridiculousness aside, I’m praying the Men’s Basketball team doesn’t experience a litany of injuries this season. I’m sure Waves fans don’t want to hear about injury scares at the end of each episode.

After back-to-back 18-14 seasons, the Waves finished with an 9-22 record. Despite the record, Pepperdine looks to move on from their injury-riddled 2016-17 campaign.

With 11 underclassmen coming in this season, the Waves are really just small ripples. However, as the season comes into full swing, it will be interesting to see which players will become impactful tides for the Waves’ future.

Since there are so young players on the roster, Coach Marty Wilson is taking an interesting approach on building team chemistry and communication. Having the inside-out approach of building up communication and chemistry is a great way to start for this team, hoping to see it translate on the court come game time.

Waves never truly die; they just flux and reflux, scattering back into the sea after crashing into shore. And the process repeats in the never-ending cycle.

The Waves may be young, but there is a lot of promise for the future that comes with the roster and culture they’re developing. Much like waves crashing into shore, expect Pepperdine to crash into a surprising record within the WCC this season. 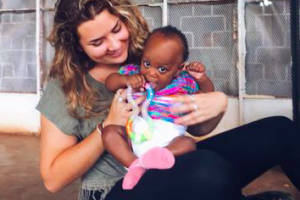