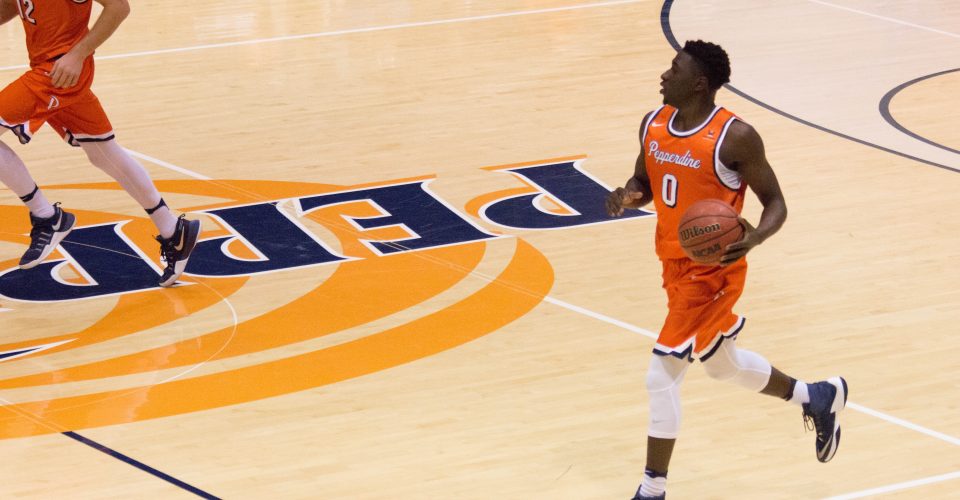 Even though college basketball is technically in the off-season, this has not slowed the pace of the game. For the Men’s Basketball team, Head Coach Marty Wilson spent his summer with basketball on the brain.

Wilson is going on his seventh season as the head coach, and has been part of the Pepperdine program for 21 years as both a player and a coach. Following the summer months of their off-season, Waves Basketball has added on some additional talent to their 2017-2018 roster.

“Individually, our summer started in May.” Wilson said, “Our season is over and the majority of our guys are gone in May.”

For the coaching staff, their time off was spent preparing for summer school, facilitating basketball camps, as well as brainstorming lifting and conditioning regimens with their Strength Coach Matt Young.

June and July were busy months for the basketball staff as a significant portion of time was dedicated to recruiting, Wilson said. The staff spent three weeks in and out of planes, hotels and gyms throughout the country to watch prospective players throughout the country. Plenty of time was dedicated to traveling and basketball in the summer months.

After their weeks of traveling, the staff came back with some talent that the team is excited about, Wilson said. Junior College transfers Harrison Meads and Darnell Dunn were added to the roster, along with transfer Matthew Atewe from University of Washington.

“These new acquisitions are physically and mentally mature with some great experience. These guys have that older experience on the floor to help out guys like Amadi [Udenyi] and some of our veterans.” Wilson said. With the addition of these players the team is acquiring more experience on the court, since they already come from college programs.

“If everything falls into line with this whole new team as far as team chemistry, health, and cohesiveness go, this group will be quite possibly the best team Pepperdine has seen,” Wilson said.

Three freshman recruits were also picked up: Colbey Ross, Jade’ Smith and Trae Berhow. The staff and returning players said they were excited about the potential the new players will supplement.

“We’ve got some new young guys who I’m really excited about with some talent, toughness, and competitiveness,” Wilson said. “We have a lot of different personalities on our team and we’re finding creative ways to spend more time together to gel, mesh and build camaraderie.”

“The new guys bring an energy that makes us a brand new team,” Lee said. “We’ve spent a lot of time getting conditioned in our workouts and we’re building a fast team that can run other teams out of the gym.”

For some of the players, they spent a couple months on their own or at home to work on their individual game. Fifth-year senior Amadi Udenyi dedicated plenty of hours in the summer to rehabilitating an injury he suffered last season. Udenyi is back in basketball shape and feeling healthy coming off last season that was cut shory by a ruptured Achilles tendon. Elijah Lee said he spent whatever time he could putting in work, whether it be conditioning, lifting, or putting up shots on the court.

“One thing we focused on in those areas of strength, conditioning and basketball was competitiveness. We have been driving everything we do through competition and just trying to make it a habit,” Wilson said.

The staff centered training around keeping track of each players progress in various drills to see who is performing the best in each workout. Wins and losses are recorded in shooting drills, conditioning, and pickup games that are then posted for review, in hopes that it will ignite that burning competitive spirit that will translate to the games.

“You play to win the games,” Wilson said. “I’m competitive even though I can’t physically get out there, I play through those guys and want them to have that mindset that we play every game until we lose one.”

A few of the guys on the team vocalized that competitive spirit and desire to win. Kameron Edwards, who sat out last season due to injury as well, has high hopes for the new team and the revitalized energy.

“Competing against one another in everything that we do and keeping track of each other has established a new mindset,” Edwards said. “It’s created an amped up environment and we get to see who’s best and then who can beat that.”

Coach Wilson and Edwards established some long term goals, to finish at least top three within the conference. Udenyi said he wants to end his last season at Pepperdine with a WCC championship and a bid to the NCAA Tournament.

“We just want to win. We’ve got a team made up of a great group of guys who are chasing victory,” Lee said.

Udenyi echoed the same inherent desire to just win as a team first.

“We need to win as a team first and foremost,” Udenyi said.

At the same time, a team is not just made up of the players on the court, but the coaches, staff and community behind them. Wilson expressed his desire to do more to rouse students and fans for this upcoming season.

“We need them to show up. We need them to help us win. We go into some hostile environments to compete against some very good teams. Gonzaga was in the national championship last year, we go to their place with a crowd of 6,000, BYU has 18,000, and its hostile. Saint Mary’s gym is no bigger but it’s hostile in there.” Coach Wilson said. “We need students with the team from day one to come in and create an atmosphere that makes it tough for opposing teams to come in and win games”

The Waves will start their season on the road against Oklahoma State on Nov. 10. Their first home game will be on Nov. 14 against Cal Baptist — a school transitioning to Division I for the 2018-19 season. 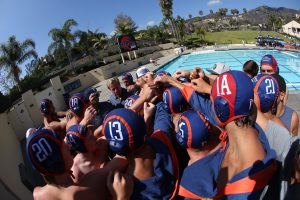