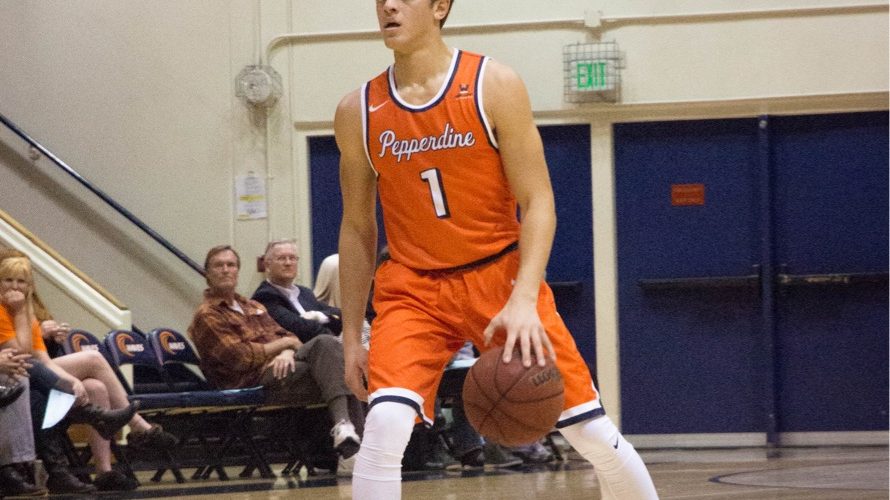 The Waves’ basketball team might be struggling this season, but the sliver lining might be the fantastic play of freshmen who’ve stepped up to the plate after injuries have decimated this team. None of those young players have taken as much advantage of the spotlight as Elijah Lee, the 5’10” guard, who is already looking like an integral piece of Pepperdine’s future.

Growing up homeschooled in Houston, Lee won multiple Texas state championships with his homeschool team. Waves coach Marty Wilson said he took notice of the guard’s electric play while on a recruiting trip in Texas.

“His speed stood out. His confidence and ball handling and passing abilities stood out,” Wilson said. “When we saw him, I think Coach Amaral saw him first, and I was at the same tournament, [Amaral] said, ‘Hey Coach, I need you to watch this guy.’”

Although Pepperdine expected the majority of the guard play to be handled by seniors Jeremy Major and Amadi Udenyi this season, Udenyi’s Achilles injury opened the door for Lee to snag some extra playing time. Lee said he was completely prepared to step up.

“I just had to be ready to do whatever they asked me to do, whether it be limited minutes, playing 10 minutes one game and 37 minutes the next game, it’s just however I can help the team is what I’m willing to do,” Lee said.

Major said he’s seen some significant improvements from Lee despite a rocky start to the season for the freshman.

“In the beginning, he was having problems with turning the ball over, going too fast, not really knowing what’s going on,” Major said. “Now, you’re going to still make mistakes — I make mistakes to this day as well — but he’s understanding. He’s making the right passes, playing at a good pace, making open shots [and] shooting the three ball pretty well. He’s just starting to understand the game.”

Naturally, it helps that Major and Udenyi are helping Lee develop as a player and as a leader, according to Wilson.

“For having two other veteran guys ahead of him, that know the system and know the terminology and all those things, those guys have been great,” Wilson said. “Every once in a while, when [Lee] messes up or they see that he’s overwhelmed with something, I’ll see one of those guys grab him on the side and say, ‘Hey, you’ve gotta do this and this.’ They’ve been good for him, and I think it will help him be able to see the game even clearer.”

One standout game in particular for Lee was the home game against BYU, where he lit up the Cougars for 16 points, six assists and three steals. Wilson said he saw potential in the freshman after that game.

“I told him after the game, I said, ‘Elijah, you had eight turnovers. But you still played a great game,’” Wilson said. “And the scary thing is, imagining cutting those turnovers in half. What does that do for him in terms of him putting pressure on the other teams, him getting in the paint, and getting two or three more assists? He’s just going to get better and better.”

Lee also said he’s been working on giving himself more scoring opportunities, instead of passing automatically to another teammate.

“I’ve had a lot of people tell me, ‘look at the basket’ [and] ‘look to score sometimes,'” Lee said. “It’s something that coaches in the past have gotten on me about, looking to score more, because my nature is to be unselfish and look for guys. I feel like I can implement that even more if I look for my shot, as crazy as that may sound.”

As his travel partner who shares hotel rooms with him, Major said Lee is quite mature for his age, in more ways than one.

“He is a young dude in an old man’s mind. He loves old school music, the way he laughs sounds like an old man, he’s just a funny kid,” Major said. “It’s funny, because he’s probably more organized than I am. When I get into the [hotel] room, I usually just throw my stuff on the side, then I look over to his side, and he has his shirts and everything all folded up nicely, water bottles stacked up next to each other.”

Wilson believes Lee’s maturity and intense dedication to the sport (the coach called Lee a “basketball junkie”) should hopefully make him a great team leader down the road. However, Wilson said Lee can feel a bit awkward when trying to direct plays, and the coach has to keep nudging him along.

“I guarantee you: There’s times where he’s just in his dorm watching tape, or maybe asleep, when he’ll hear me saying, ‘Elijah, I gotta hear you. I gotta hear you,’” Wilson said. “He gets tired of it, but he’s starting to understand the importance of it.”

Of course, even the most sensible people have their vices. Lee said his was the occasional scoop or two of ice cream.

“I do really enjoy ice cream on the weekends,” Lee said. “Cookies and cream, anything with caramel, man, I’m a big caramel guy.”

Lee’s eventual goal is to play basketball as a career (hopefully with James Harden and the Rockets), but for now, he’s happy helping build the Waves team of the future in Malibu.

“I feel like I’ve grown a lot. As a freshman playing significant minutes, I feel like that’s only going to benefit me in the long run,” Lee said. “I love Pepperdine, I love the community here and I’m looking forward to doing great things with this program.” 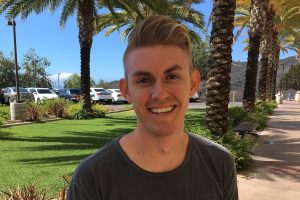