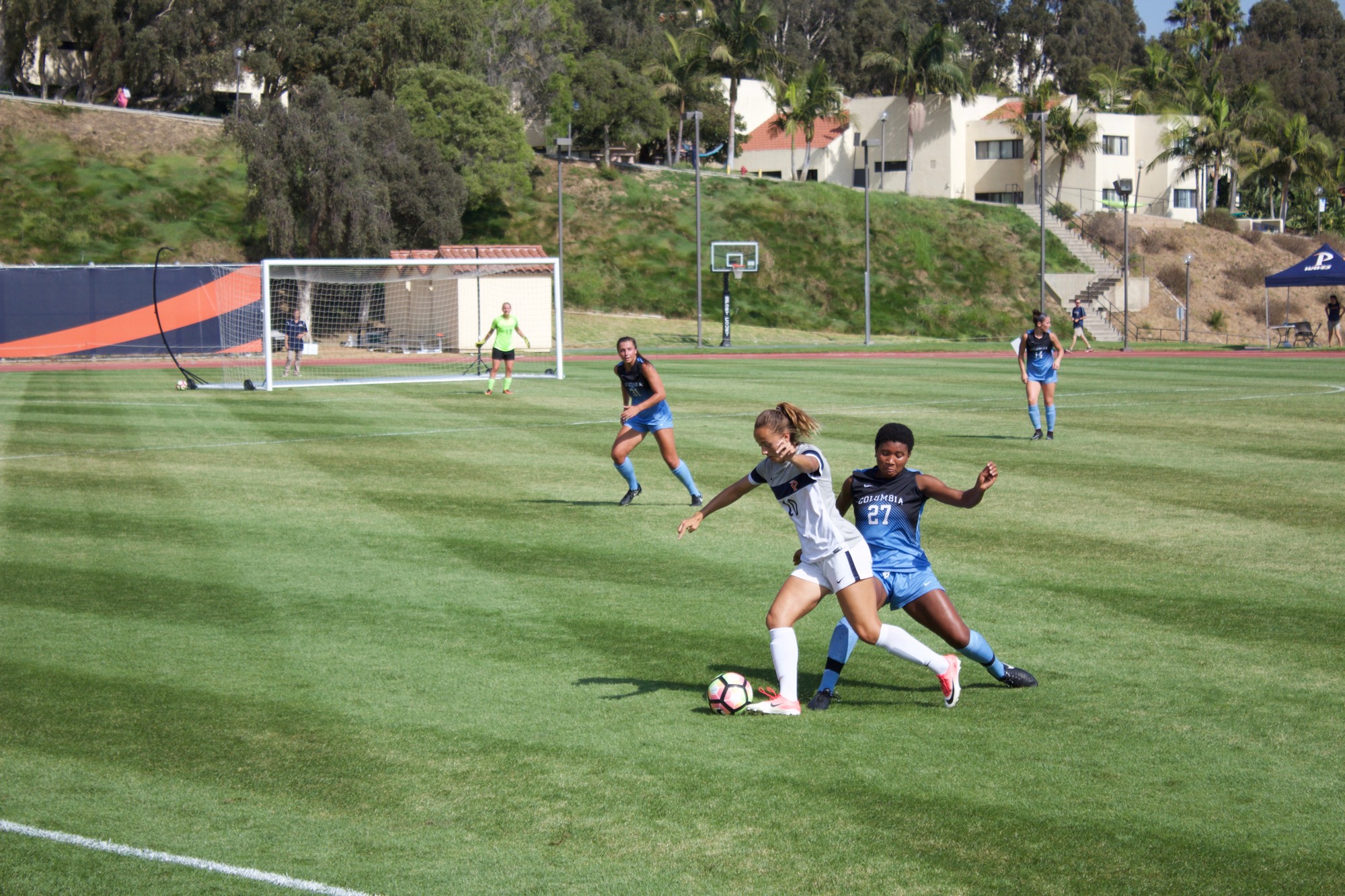 After starting off the season 0-1-1 on the road against Texas A&M and Virginia Tech in San Diego, the Pepperdine Women’s Soccer team returned to Malibu seeking their first win of the season.

In the first game of the three-game homestand against Texas Tech, the Waves came out with a blistering offense and a shutdown defense to capture the team’s first win of the season, 3-0.

Continuing their homestand the following week, Pepperdine secured its second consecutive shutout win against Columbia, 2-0 on Friday afternoon. Despite battling a temperature of 90 degrees, the Waves offense stayed hot by outshooting the Lions 16-9 — including an 8-6 advantage on shots on goal. Junior Brielle Preece was a stalwart on defense, posting six saves in the match.

Sophomore Tara Morris found freshman Devyn Gilfoy early, who chipped a shot in the box off the assist in the 11th minute to give Pepperdine an early 1-0 lead. The Waves continued to outshoot the Lions, but came up empty until the 85th minute, when Gilfoy found the net again off the assist from sophomore Ashley Buck. 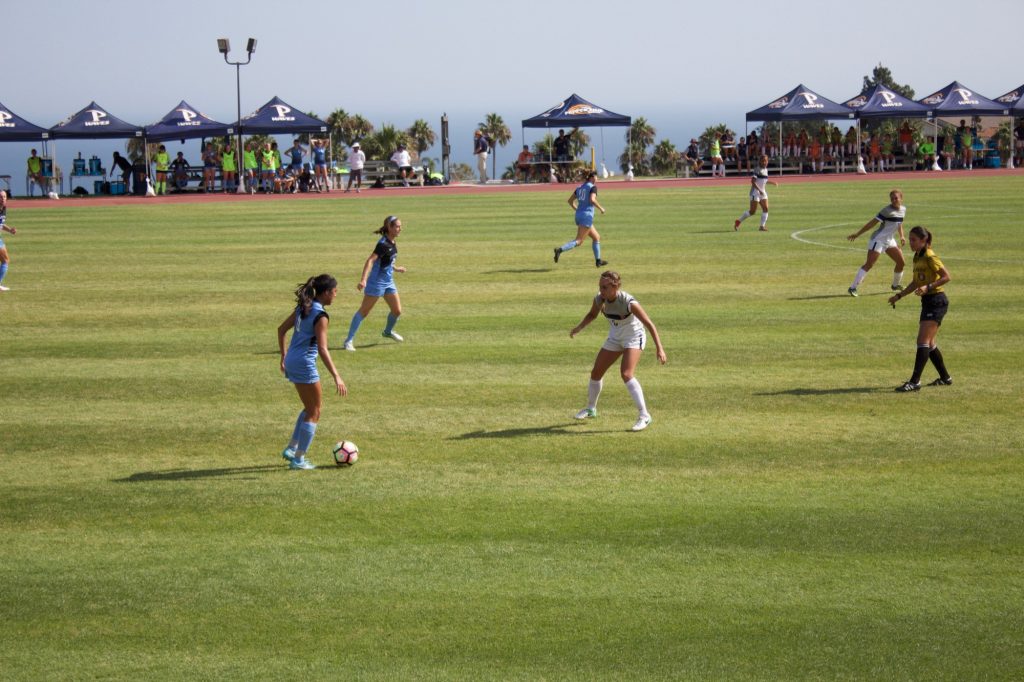 In the final game of the homestand Sunday, Pepperdine made it three straight shutouts, defeating Dartmouth, 3-0. Freshmen Brie Welch and Calista Reyes both scored the first goals of their collegiate careers as Pepperdine dominated with 19 shots compared to 5 for Dartmouth.

Senior Bri Visalli got the scoring going for the Waves in the 12th minute, burying a penalty shot after drawing a foul in the box. The Waves got two more goals later in the game, as Welch knocked in a goal off an assist by junior Katy Byrne in the 44th minute and Reyes sank a shot off a feed by junior Christina Settles in the 74th minute to clinch the victory. 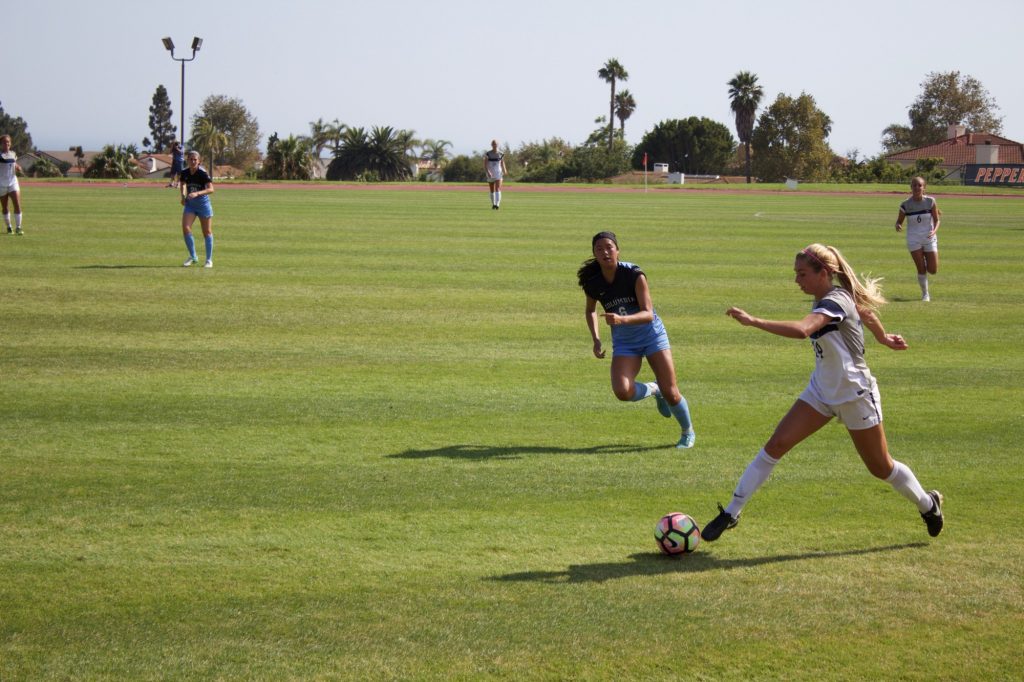 On first career goal, three straight wins: “It’s unbelievable,” Reyes said. “We played well on offense and defense this homestand and it gave us a lot of confidence to come out and compete, especially with a four-game road trip coming up.”

On back-to-back-to-back shutouts: “Got to give credit to the amazing defense the team has played the past few games,” Head Coach Tim Ward said. “Brielle [Preece] has done an phenomenal job protecting the goal, communicating on defense and leading this team in so many different ways.”

On upcoming four-game road trip: “We’re just getting better and better,” Ward said. “Amazing job by all the girls who stepped up this weekend and I know the momentum will carry on as we hit the road for the next four games.”

Pepperdine will play the next four games on the road starting on Friday, Sep. 8 at DePaul (1 p.m. PST) before traveling to Northwestern on Sunday, Sep. 10 (11 a.m. PST).