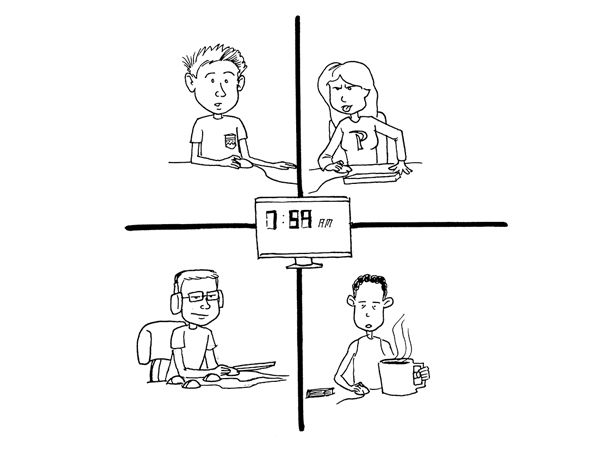 Pepperdine students, it may be time for the Housing Games. The time has arrived for a battle to the death — for housing, for ocean views, for kitchens that don’t smell like feet.

Tributes, remember the reaping: Wednesday March 18, when a battle between juniors and seniors over registration for on-campus housing erupted across campus. Unable to access the online server even a second before 8 a.m. that day, rising upperclassmen attempted to register for housing at the exact moment the clock struck “exhausted.” Remember the brutality. Nails broke as students furiously clicked, waiting for answers. Carpal tunnel snuck into the finger bones of the desperate and transportationally challenged.

After an hour of refreshing the page, students’ screens continued to flash with “invalid ID” notifications. It seemed that the overwhelming number of students logging onto the housing website triggered a catastrophic software crash. (Thanks, Obama.)

Students’ social media accounts blazed with rebellion. Bombs went off on Facebook. Arrows of emails flew rapidly into HRL’s mailbox. With angry organization swelling all over campus as students prepared to rush the office, one can only imagine the suspense building up behind the closed doors of HRL. The phone, ringing without cease, quit out of exhaustion. The doors were barricaded with surrounding furniture. Somewhere inside a frantic HRL office, the staff pulled together a plan together to pacify the masses.

The HRL office, wary of our cries, shut down the online system and instead constructed a housing lottery. That Friday, some upperclassmen received an email with a randomly assigned number — a number that would determine his or her level of homelessness for the following semester.

HRL breathed outward, having manufactured a plan to uphold the peace. The brokenness of the system was momentarily stilled. A system of lottery was instituted to make amends.

But according to the Graphic staff, justice is not entirely met. Perhaps a better solution — inspired by the Hunger Games by Suzanne Collins — is to instill the fear of revolution in prospective students by engaging them in a fierce battle to the death: The Housing Games.

This solution seems to be the only way to silence those students who lack the extra resources required by more expensive off-campus housing. Let’s not even mention: the prices of gas to get to campus, food at grocery stores and the sheer difficulty of coordinating an affordable housing situation near Malibu, California. (I hear Portland is cheap.) Some students do not have cars. Yes, we at the Graphic feel that the best option to instill fear in the population and to subvert attempts of rebellion is the institution of such a ‘game.’ At least then nobody would openly complain.

We believe that a systematic lottery in which students diligently line up and wait patiently for their number is tepid and ineffective. Why not allow those students with an inner Katniss Everdeen or Peeta Mellark to fight for housing in an old fashioned, blood-for-blood competition? Consider of the benefits of a student body that complains less, takes up fewer parking spaces and poses no threat to a, let’s face it, fragile online system. Not to get all Jonathan Swift on you all, but most of Pepperdine’s problems would be solved. Remember: blood makes an excellent fertilizer for the grassy lawn of Alumni field, and it would smell better than the reclaimed water we use now.

Of course, Alumni Field is the most suitable place for the Housing Games to take place (heaven knows we can’t use the soccer field — see the sign). Alumni Field not only provides a large surface for strategic maneuvering, but it also provides trees, the watering hole and benches to allow for greater excitement, and better photography in upcoming recruitment brochures. After all, it will be the most watched sporting event in Pepperdine’s history — not that it’s saying much. Pepperdine’s admission staff and faculty members could spectate the battle from the windows of the Thornton Administration Center.

To commence training, a preliminary competition should be held outside Firestone Fieldhouse to illuminate the strengths and weaknesses of each tribute. The Admissions staff should be responsible for judging timed sprints, bench press repetitions, and, for some reason, scantron testing (the jury is still out on whether this is effective).

After each tribute has been tested, the games are ready to commence. The last tribute still standing would be eligible to choose housing first. The sequence by which the remaining tributes are eliminated would determine the order in which other students would be able to register. In fact, the deaths of a large percentage of the student body would solve the housing problem in a snap.

Let the games begin, and may the odds be ever in your favor. 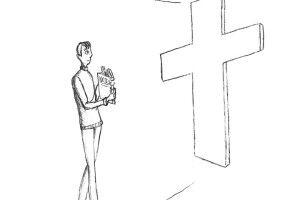 Art by Chris ChenIf there is one thing about Pepperdine that can always draw complaints from its students, it’s the attempt...
Copyright 2013 Jupiter Premium Magazine Theme
Back to top