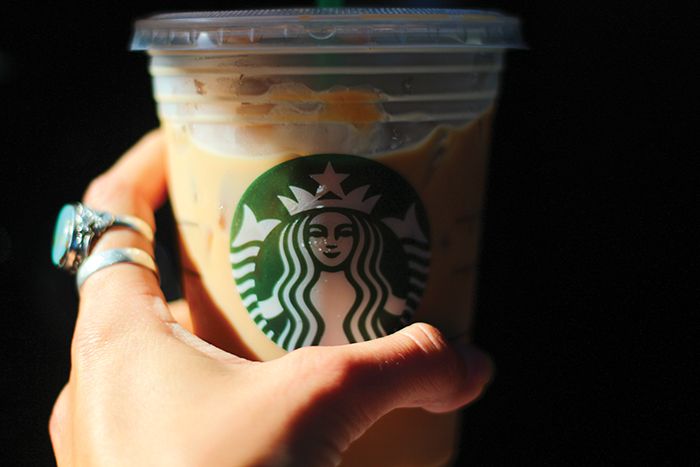 Tap tap tap — your Starbucks Frappuccino is now on its way. Last week, Starbucks introduced pilot programs in Seattle and New York that will allow users to order food, coffee and other beverages delivered straight to their front door or office.

Starbucks Chief Digital Officer Adam Brotman said there will be no minimum purchase required, but that deliveries will require “a small flat fee,” even though that fee already stated hasn’t been specified yet. Delivery workers would be able to accept tips, with delivery times starting at 30 minutes after the order was placed.

This isn’t the first innovative feature to the Starbucks mobile app, since customers can order through the app ahead of time and then pick up their order a few minutes later. The feature is only available in the Pacific Northwest but will roll out to all U.S. customers by the end of the year.

The delivery program being introduced is more business-oriented, with the Empire State Building in Manhattan serving as the petri dish for this experiment. Buildings with Starbucks locations already in them will deliver right to people’s desks, making that hour-long coffee run a thing of the past. Programs were announced at the company’s shareholder meeting in Seattle.

There are two Starbucks locations fairly close to Pepperdine: one in the Country Mart and another close to Ralph’s.

“Speed is the number one thing,” Postmates CEO Bastian Lehmann said in an interview with Re/code. “We’re actually working with Starbucks on trying to figure out what the best delivery containers are. Is there a packaging that we can develop together? Is there a cup that’s a better to-go cup?”

Although Postmates, which is available in more than 60 cities in the U.S., already delivers from certain fast food restaurants such as McDonald’s, Starbucks will be its first major ally.

Junior Caroline Kim goes to Starbucks three or four times a month. Her signature drink is a hot caramel latte and she said doesn’t think the delivery service is a good idea. “It defeats the whole purpose. There are so many locations; people are just lazy. It’s a waste, that pisses me off.” Kim added that even though it might be popular at first, the service will eventually die out.

Sydney Zmrzel goes to Starbucks approximately twice per month. Her signature drink is a mocha, and she said the delivery service is a good idea since no other coffee shop delivers. “It’s definitely a good improvement. Starbucks is such a big business; this separates them from others.”

The possible success of the app is still in the air, with several doubts already presenting themselves. Doubts include how the coffee will stay hot, how delivery workers will avoid spillage, how the delivery service will cater to a complicated order, and whether or not people will use it seeing as how Starbucks locations are practically ubiquitous.

Marlon Young goes to Starbucks every day. His signature drink is a white mocha, and he said the delivery service is a bad idea. “I think the experience [going to Starbucks] is a social experience. People remember you. You take that element out of it.”

Brotman isn’t entirely confident of whether or not the pilot programs will work.

“The truth is we’re not sure exactly how it will play out,” he told Re/code. “Is one the national approach and one for dense urban environments only? We are truly in learning mode right now, but we’re excited about them both.”

Junior Andrew Bowers said he doesn’t like Starbucks and that the delivery service program “is going to go south, hard.” He said it’s going to be complicated for Starbucks to fill the hard demand that will meet everyone’s needs because getting coffee isn’t like getting pizza, since some customers buy coffee once or twice per day, not per month.