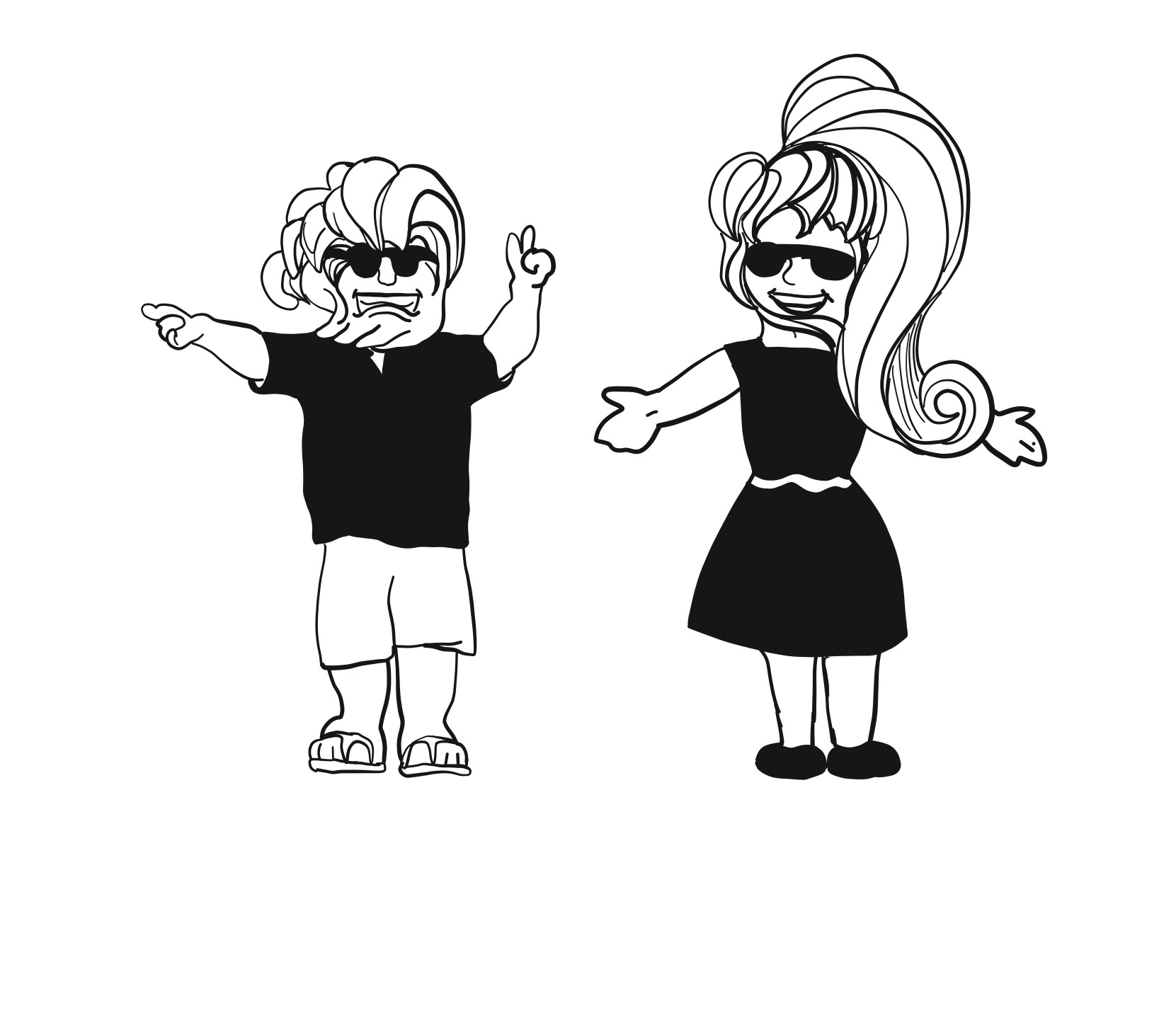 Pseudo-editor’s note: We have informed Kyle Cajero that this article is a fireable offense.

We need to talk about Willie the Wave.

Now this isn’t a conversation about his often-misunderstood public perception, his rocky past or (shudders) The Wave Rangers — in fact, Willie is actually admired outside of the Malibubble. Nor am I advocating for replacing Willie because Pepperdine’s athletics site does say he’s “here to stay.” I’m just saying he needs someone on the sidelines to accompany him during games with little-to-no crowd support. 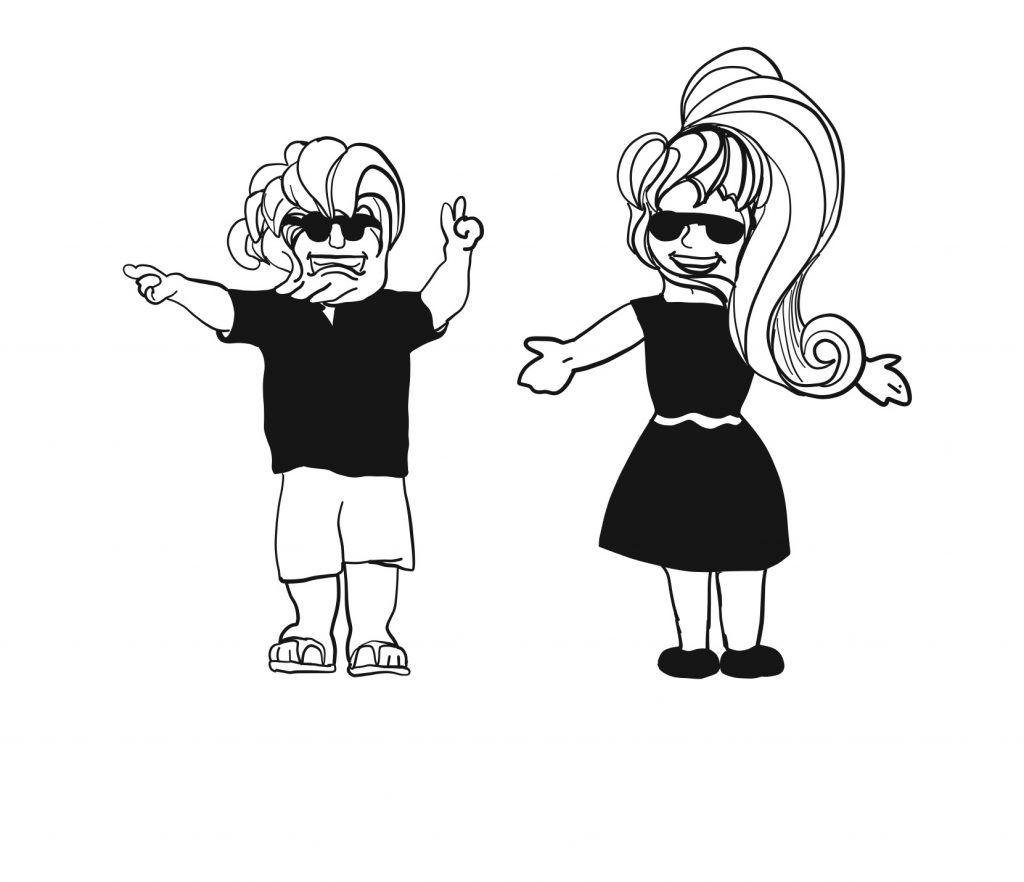 Here are three main reasons why creating a female mascot would be a good idea.

Although it sounds obvious, mascots need to be present for every on-campus sporting events — not only the Men’s Basketball games broadcasted on ESPN. Specifically, Willie’s presence is required “at all home events for men’s basketball, women’s basketball, men’s volleyball and women’s volleyball, in addition to select home events for other sports, University functions, community events and postseason play,” according to the guidelines on Pepperdine’s athletics site.

Logically, it’d be a lot easier to have mascot presence at multiple events if Pepperdine had a second mascot at its disposal. Wendy would give the Riptide Rally Crew a broader presence at multiple sporting events occurring at the same time; for instance: when Willie cheers on the cross-country teams for their sole home race at Alumni Park, Wendy and a handful of Riptide members can cheer on the Women’s Volleyball team in Firestone Fieldhouse.

Not only that: If Seaver keeps accepting more undergraduate students than ever before, then the Student-Mascot Ratio (yes, I just made this up) would be completely out of whack by the time all 1,200 freshmen in the class of 2022 step foot on campus. Wendy needs to bolster our spirit sections if Seaver expands.

DEMOGRAPHICALLY: Having a female mascot makes sense for Pepperdine

A female mascot would also, erm, make waves on a national scale. In a conference where all ten mascots are explicitly male or use malepronouns, having a female mascot could be a progressive move. Only 12 of the 351 Division I schools have female mascots, and two (Akron and Delaware) have strictly female mascots.

This trend reflects the sporting world’s generally male-skewing ways, which includes mascots. To wit, cheerleading purveyor Varsity launched the Female Mascot Project back in 2012 by challenging its readers to design female mascots with “a true visual impact – but also an emotional and social impact on girls of all ages and all sports,” to combat their “old-school, hostile, angry-looking and male” counterparts, according to a press release on their website.

An initiative like this would surely turn more heads in 2017 than it did in 2012; the only digital traces of this contest can be found by either sifting through their Facebook page, or via Maggie Carr’s article “Ladies Take to the Sidelines: The Female Mascot Project,” published Dec. 11, 2012.

This can change, however, with Wendy. Although she’d be merely one more female mascot in a sea of angry, belligerent, male costumes, she’d be a step towards more inclusive athletics iconography.

Admit it: A female counterpart to Willie the Wave could unlock realms of Pepperdine-themed content.

“Ring by Spring” schticks between Willie and Wendy would be inevitable. I mean, what further motivation would one need if Willie set the tone by proposing to his true love at halftime of a 15-point deficit against Gonzaga? I SWEAR, IT’S MORE ROMANTIC THAN IT SEEMS.

But for fear of being merely a love interest, Wendy the Wave could settle for being really good platonic friends with Willie; depending on which Pepperdine students you ask, this could be a more realistic approach. If there’s anything pop culture has taught us in 2017, it’s that strong female leads don’t need to have a love interest. So Wendy can definitely spurn Willie if her heart desires.

Ultimately, the character of Wendy the Wave will depend on the imagination of the person inside the costume. Will Wendy be the “cool Mom” RA of DeBell who runs a club convo with the same spirit and gusto as throwing weekly “Game of Thrones” watch parties? Will Wendy be the high-achieving, extremely-spirited Pepperdine student who spares a moment from running her sorority to cheer on the Women’s Volleyball team? Or will Wendy be the laid-back student who goes abroad to Buenos Aires, comes out of her shell, pierces her nose and eventually wins a Fulbright to teach English in rural Argentina?

No matter what the student body’s stance is on our mascot, it’d be fun as hell to have two anthropomorphic waves on the sidelines.

Come on, athletics staff. Start auditions for Wendy the Wave.