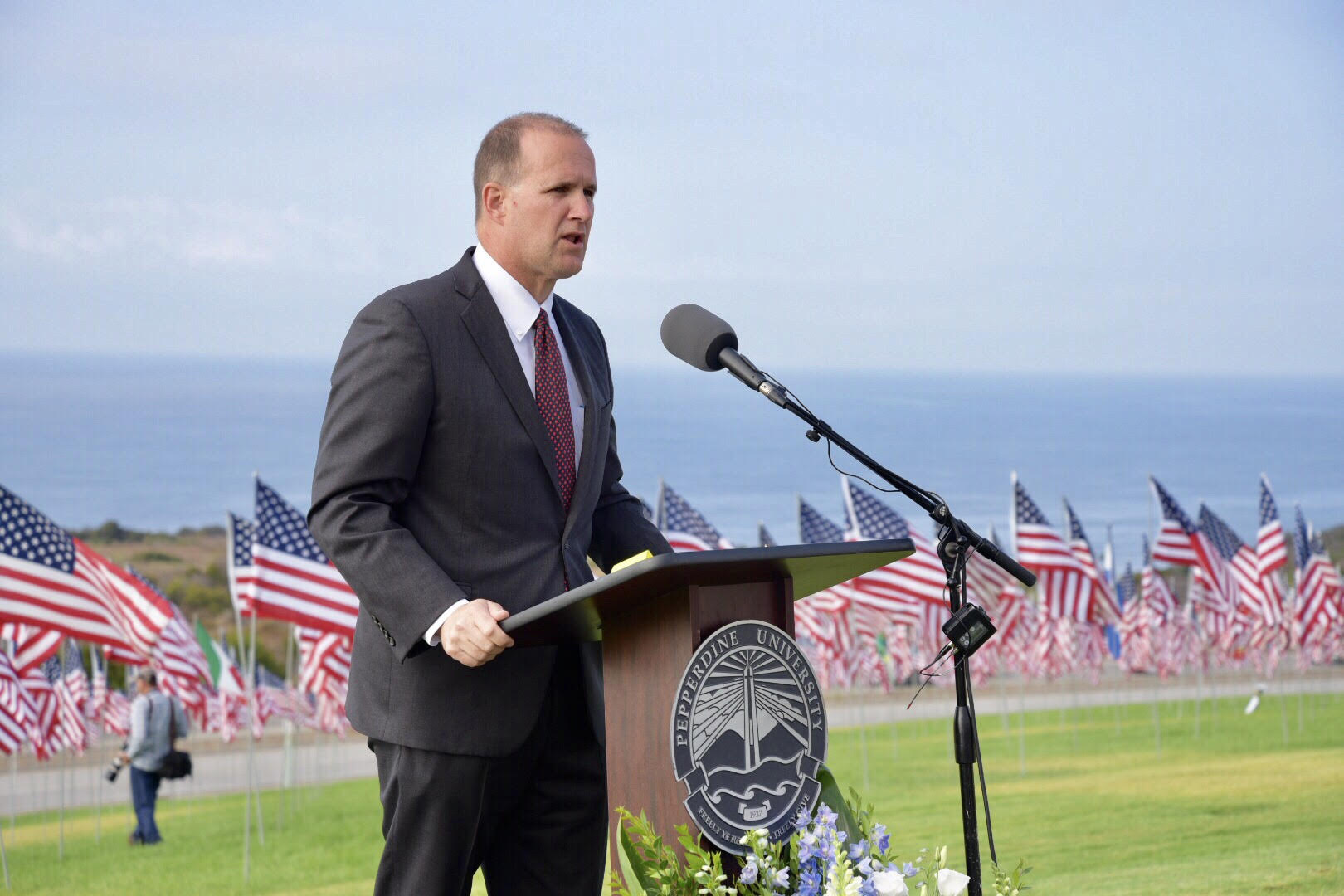 Pepperdine and Malibu community members gathered on Alumni Park to commemorate those who lost their lives during the Sept. 11 attacks on its 18th anniversary.

The longstanding tradition has been to hold the memorial at Hero’s Garden. Along with the location change, this year marks the first time Pepperdine incorporated a symbolic placement of the final flag, honoring alumnus Thomas Burnett, who died on United Flight 93 Sept. 11, 2001. The changes correspond directly with President Jim Gash’s first year of presidency. 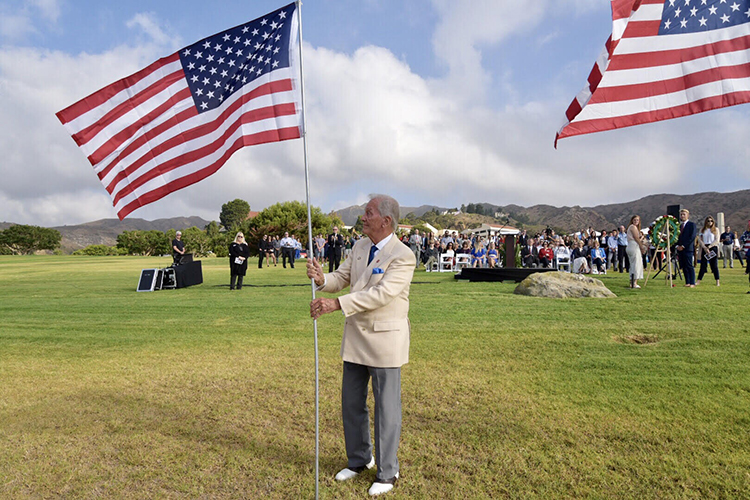 “Those who fell, who we honor today, must not have died in vain,” Gash said. “If we are no different than we were before, we have failed them. But if we rise up to live differently, better, stronger, truer and kinder, we honor their lives and their sacrifice.”

Gash said he moved the memorial to Alumni Park to place a larger emphasis on all who lost their lives and their diversity. Alumni Park exhibits Waves of Flags, a display of 2,977 American and international flags that represent each life lost in the attacks. 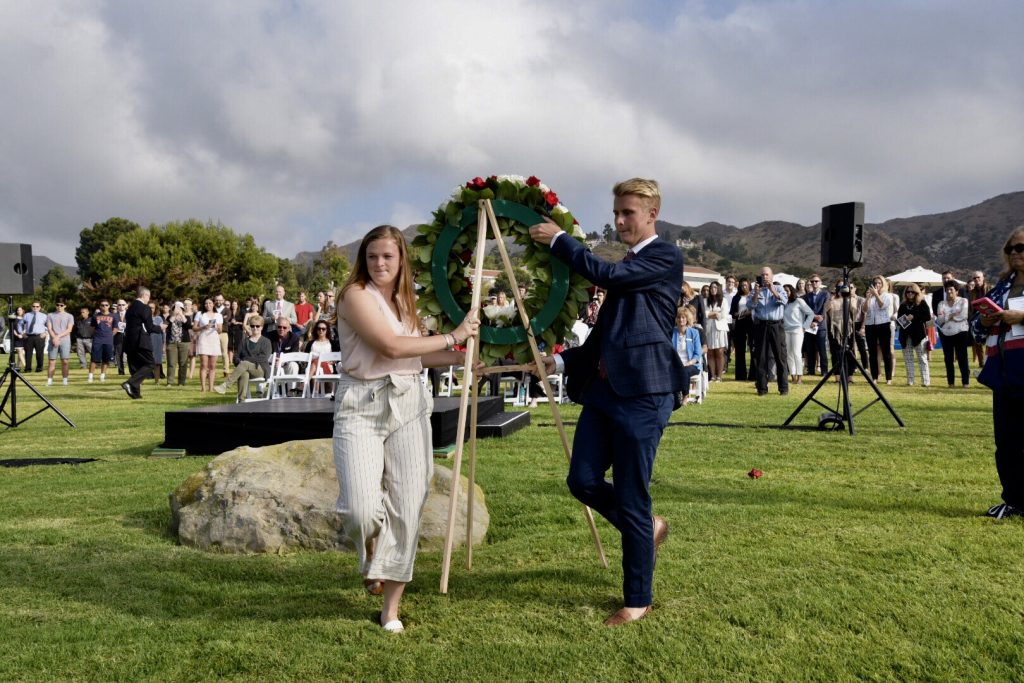 “As you can see, we didn’t plant these international flags in a group at the back or at the side,” Gash said. “Instead, these flags are interspersed with all others, painting a picture of unity and diversity that this world so badly needs right now.”

Chancellor Sara Young Jackson led the ceremony. She reflected Gash’s sentiment about the impact of changing the location.

“We gather today in the midst of the glorious Waves of Flags display to remember and honor every single life that was lost on 9/11,” Jackson said. “As we reflect on that loss, we also take hope and inspiration from the heroic courage and bravery that was demonstrated that day.”

SGA President Meredith McCune read Scripture from Psalm 46 and Sharon Hargrave, executive director of the Boone Center for the Family, offered a benediction.

McCune said she was honored that Pepperdine looked to SGA to involve students in the ceremony.

“I think it’s a great thing that [the memorial] was moved to Alumni because it offers a new beginning,” McCune said. “What it means to us is different each year, so to be a part of it as something new is really special.”

The ceremony closed with a symbolic placing of the final flag by American singer Pat Boone, who helped to fund the initial purchase of the flags in 2008.