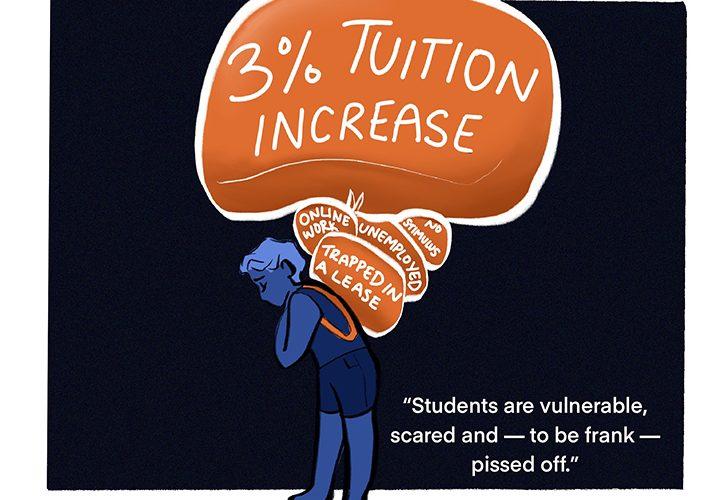 As undergraduate students gear up for another semester of online learning, one question lingers: Why is Seaver College increasing tuition?

Many students voiced their disdain on social media for the 3% increase, calling it immoral in the face of a global health and economic crisis. Others insisted online learning is not equal in value to in-person instruction.

The culminating issue is Pepperdine’s inability to listen to students.

If Pepperdine truly prioritized its students, it would reduce tuition or — at the very least — not impose an increase.

In an interview with the Graphic, Dean Micheal Feltner said although Seaver College administration reconsidered the tuition increase, it ultimately decided it was still appropriate. Feltner cited the costly preparations needed to equip campus for an in-person, socially distanced semester and the high-quality experience students are to receive online.

Dozens of private institutions, including Lehigh, Bucknell and Duke University, froze 2020–21 tuition rates to alleviate student concerns during this COVID-19 pandemic. Williams College, a Massachusetts school of a similar price and size as Pepperdine, and Hampton University both decreased tuition by 15%, while Georgetown University, Princeton University and Spelman College, among others, cut tuition by 10%.

Pepperdine’s peer school, Loyola Marymount University, told its community that “no undergraduate student will pay the university’s standard rates for tuition and fees” this year. To accomplish this, the University implemented budget reductions and pay-cuts for executives, creating an additional $16 million dollars in grants and scholarships — a 20% increase from last semester — for undergraduates.

Even four of Pepperdine’s graduate schools emailed students with options for significantly discounted rates. For example, the School of Public Policy offered a minimum of 50% off tuition to all Seaver graduates, and the Caruso School of Law offered 50% off tuition to Seaver 2020 graduates who applied for the fall 2020 term.

Why Did Seaver College Increase Tuition?

Students who haven’t recently visited campus do not yet have an appreciation of these changes, he said.

“The University spent literally millions of dollars to prepare to deliver classes online and to prepare students to come back to campus,” Feltner said. “All of those things are going to benefit every Seaver College student in the future.”

Feltner also noted students can take up to four credits with an 86% tuition deduction in a shortened January semester.

“There’s a lot of different ways that colleges and universities can indicate care and concern for their students,” Feltner said. “Some have chosen to do that in the fall semester tuition, [and] we felt that the best response for us was to do that this special January term.”

These points are valid but fail to recognize that some students will never return to campus and reap the alleged benefits of campus changes.

It is hard to believe that implementing online instruction and preparing for a socially distanced semester cost comparable amounts of money.

A portion of seniors will graduate in December 2020, and there is no guarantee conditions will be safe enough for the others to resume in-person instruction in spring 2021.

The January term is a great opportunity but does not help seniors who will be at full-time status their second semester — only part-time students pay per credit hour.

Pepperdine’s choice to pursue an in-person fall return was a gamble that students and families were not polled on. Feltner even acknowledged it was made “behind the scenes.”

Around the time of this decision, it was clear the Trump Administration was not going to enact the federal restrictions needed to control the COVID-19 pandemic long-term.

Other schools accepted the severity of the pandemic and acted quickly.

In May, the California State University system announced its decision to move fall 2020 instruction online.

Instead of following their example, Pepperdine held onto false hope and poured students’ tuition money into COVID-proofing the campus, only to make a last-minute switch to online instruction.

Why not charge students for the campus upgrades once they are actually back on campus and can benefit from them?

Further, why are Seaver students reaping the costs of these changes while some graduate students — who use the same campus — get up to 50% tuition cuts?

The debate on whether online classes are as effective as in-person classes began in March when Pepperdine moved spring 2020 classes to online instruction.

A class-action lawsuit quickly ensued, claiming Pepperdine’s prices were for a higher-quality experience than what students received.

Feltner said that though the fall 2020 semester will be different, students will still receive all the same benefits of a Pepperdine education.

“I don’t think it’s accurate to say that you’re not going to receive the resources and the opportunities [that you would] during a typical semester because we’re planning to deliver every program and club in the fall that we would deliver if students were on campus,” Feltner said.

Most students decide to enroll at Pepperdine — despite its premium prices — because of its stellar location and proximity to Los Angeles, plentiful social activities and hands-on classes.

These benefits simply cannot be replicated during a pandemic — even if Pepperdine had gone forward with in-person, socially distanced instruction.

Before Pepperdine decided to switch fall 2020 online, organizations like Greek Life and the Career Coaching program had already announced all-online recruitment and events. The Fine Arts department also announced there would not be any live performances unless LA restrictions changed.

The social perks students expected when they enrolled are simply not possible in a pandemic; therefore, the value automatically diminishes.

Sophomore Claire Copeland admitted she would rather take a semester off than pay more tuition for online learning, pointing out that making friends and being active in organizations is not the same over video conference platforms such as Zoom.

Students do have the option to take the semester off, though they cannot cite the pandemic as a reason to have the $150 withdrawal fee waived, according to the Office of Student Information and Services.

Senior Theatre major George Preston said the distanced experience will not be of equal value because his classes will now essentially be screen-acting rather than theatre classes. Since he aspires to be a stage actor, this is neither the education he needs nor signed up for, he said.

This is not to say Pepperdine’s decision to hold the fall 2020 semester entirely online was a bad decision; it was poorly administered and disappointing to some students, but it was certainly the smartest, safest move for students and faculty.

That doesn’t mean it should still hold the same value, however; all pandemic instruction, regardless of delivery, should be cheaper for students.

The product changed, so the price should as well.

Is This a Moral Issue?

“In all honesty, I felt outraged by [the tuition increase],” Irodotou wrote in an email. “Clearly, discounting tuition is the moral thing to do as a ‘Christian’ university, but instead, [the administration is] choosing to profit from their students during a national pandemic and economic crisis.”

Even before the switch to online, 50% of the 66 students surveyed by the Graphic on July 9 agreed Pepperdine was prioritizing finances over students.

After 1,000+ students signed the petition, Irodotou said she realized the issue is bigger than the tuition drop: It is about Pepperdine’s failure to listen to students.

Many students cited their low-income backgrounds, reliance on loans and loss of jobs as their reasons for signing.

The United States reported its worst fiscal period in history with a 32.9% GDP plunge — four times worse than the previous record.

As dependents, most students did not receive stimulus checks from the U.S. government, and record numbers of people filed for unemployment.

During President Jim Gash’s June 29 President’s Briefing, administrators responded to student and parent concerns about the lack of on-campus housing and the urgency needed to sign off-campus leases with a jocular demeanor.

The panelists said students should hold back their desire to “plan ahead” and “read all leases carefully before signing.”

As a direct result of Pepperdine’s indecisive leadership, many students are now stuck with rent far more expensive than the predicted $5,000 listed on Pepperdine’s tuition breakdown for students “living at home.”

Because of this international crisis, students are vulnerable, scared and — to be frank — pissed off.

If Pepperdine polled students on whether they believed converting campus for the possibility of an in-person semester was worth an increase in tuition, students would have no reason to be angry.

Unfortunately, Pepperdine did not ask the students what they wanted.

Feltner said it best: This is not an issue Pepperdine chose nor is it one that students chose.

Pepperdine is doing its best to deliver the experience that the administration assumes college students want.

In a pandemic as severe as COVID-19, what students truly want — the pre-2020 campus they signed up for — is out of the question.

Without a formal survey, there’s no way to know how students’ wants and needs changed. Pepperdine needs to learn from this and include students in the decision-making process going forward.

For now, Seaver College needs to hear students’ cries and reverse its tuition increase. If it doesn’t, students will forever remember Pepperdine as the institution that took advantage of them during an unprecedented global crisis. 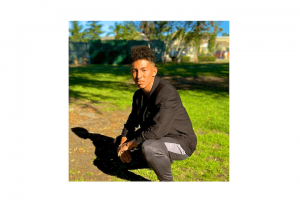 Photo courtesy of Tylin Jarrett Incoming Wave Tylin Jarrett poses in front of his high school after returning from a music...
Copyright 2013 Jupiter Premium Magazine Theme
Back to top