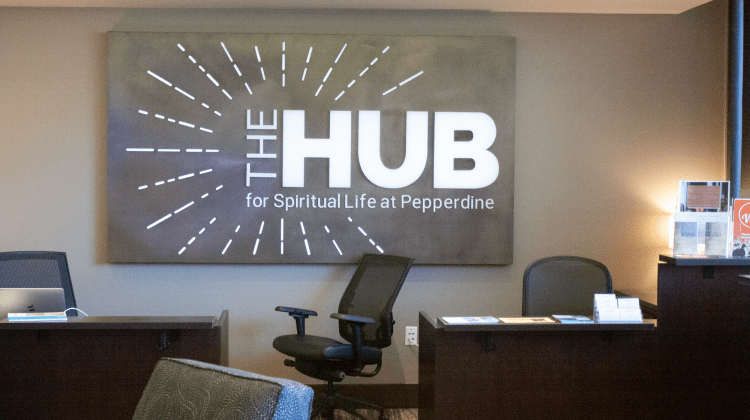 The front desk for the Hub for Spiritual Life sits vacant in the TCC fall 2021. The Hub remodeled the second floor of the TCC for its office suites and student study spaces. Photo by Ashley Mowreader

Convocation Director Gus Peterson announced Feb. 10, 2021 via his personal Facebook page that Pepperdine laid him off.

Then, it was another.

The Pepperdine Volunteer Center shared its final post May 27 via its Facebook and Instagram pages, informing the community it would close unexpectedly at the end of July.

Over the summer, Pepperdine’s Office for Student Affairs closed three departments and laid off six full-time staff members as part of what administrators called a budget and goal reprioritization — all without any public notice. The Convocation Office, the Pepperdine Volunteer Center and Songfest closed their doors July 31.

While these people left Pepperdine by July 31, their job functionalities didn’t.

A new team in the Office of the President picked up service and chapel while Student Affairs redistributed other responsibilities across Campus Activities.

The notices came 11 months after Pepperdine President Jim Gash told the community there would be no layoffs or furloughs due to COVID-19, which the University said remains true — these cuts were not made due to COVID-19 budget impacts.

When the news leaked, community members and employees expressed their disappointment and confusion to the changes, with Freedom Wall posts and outcries online following social media and Graphic coverage.

To Catch You Up – Past Graphic Coverage

– Pepperdine Lays off Convocation Staff Before Start of Spring Semester

“Change is inevitable, and we try to go about that in the most life-giving way possible,” said Danny DeWalt, Pepperdine vice president and chief of staff. “Everything that we’ve done here in Student Affairs and in Spiritual Life is coming out of this incredible vision for enhancement and improvement.”

Since the start of the school year, the community has quietly shifted around changes — slowly learning new names and forgetting old habits.

While members of the administration said they find pride in the reorganization and its effects, community members shared unease and distrust in the University as a whole.