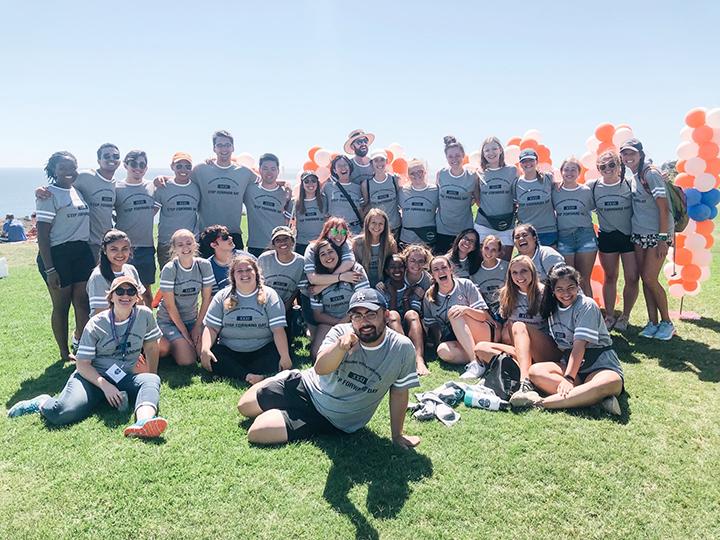 On May 25, Connie Horton, vice president for Student Affairs, wrote in an email to staff that the PVC will no longer exist as a department within Student Affairs, and its functions will be absorbed into other parts of the University.

The PVC, founded by Chancellor Sara Jackson in 1988, served as the focal point of service events at Pepperdine including Step Forward Day, Jumpstart and Project Serve.

“The PVC serves as a facilitator in finding, developing, and coordinating meaningful service opportunities with various organizations, each possessing unique needs,” according to the PVC website.

For the past 33 years, the PVC assisted students in providing opportunities for community-outreach as well as academic development as a part of the non-profit minor.

“By serving both as a facilitator and as an educator, the Volunteer Center seeks to advance the University’s visionary statement, ‘That knowledge calls, ultimately, for a life of service,'” according to the PVC website.

Derek Pinto, Seaver 2021 alumnus, said he joined the PVC the fall of his first year as a Jumpstart Corps Member and Step Forward Day participant and quickly became involved in the workings of the center.

Mackenzie Mazen, Seaver and Graziadio 2021 alumna, also joined the PVC her first year as a Corps Member and moved up through the ranks to a graduate assistant her fifth year.

Both Pinto and Mazen described the PVC as home — somewhere where they felt they belonged at Pepperdine and understood Pepperdine’s mission as “purpose, service and leadership.”

Pinto said he first heard about the office’s closure from a colleague on Tuesday night, after Horton’s email was sent to staff. On Monday, the PVC staff met to discuss plans for next semester, Mazen said, but by Tuesday night the office closed, seemingly without warning.

“We are truly grateful for the work we’ve done and the people that have spent time working for sustainable change,” according to the PVC’s May 27 social post. “This work has been hard but also transformational and we are grateful for every second of it.”

Mazen, who planned to continue working with the PVC until finding other employment post-graduation, said the PVC closure was like a “slap to the face.”

Mazen and Pinto also expressed confusion in the timing and the delivery of the news. There was no official University email or notice to community members outside of the PVC posts.

“It’s kind of wild to me that one, it wasn’t communicated earlier or ever properly explained,” Mazen said.

The alumni explained the PVC’s planning for the fall had been extensive, continuing up until its closure with a five-year review recently completed and new plans for Project Serve in the works.

“I’m fully confident that this was not a spur of the moment administration decision,” Mazen said. “And so to have our students and our staff working on proposals for next year and planning out the future of the PVC, while knowing at a certain point that the PVC is not going to exist — I don’t even have the words to describe how much that angers me.”

Both Mazen and Pinto are non-religious and said they would not participate in the PVC under a religious banner, like the Hub for Spiritual Life.

The reimagining of the Hub for Spiritual Life and the closure of the PVC comes during a remote semester without students on campus, possibly adding to confusion in the return to in-person in the fall, Mazen said.

Pinto said he wished administration had talked to students and staff prior to closing the office.

“They’re not really listening to any of us staff and students it seems like,” Pinto said.