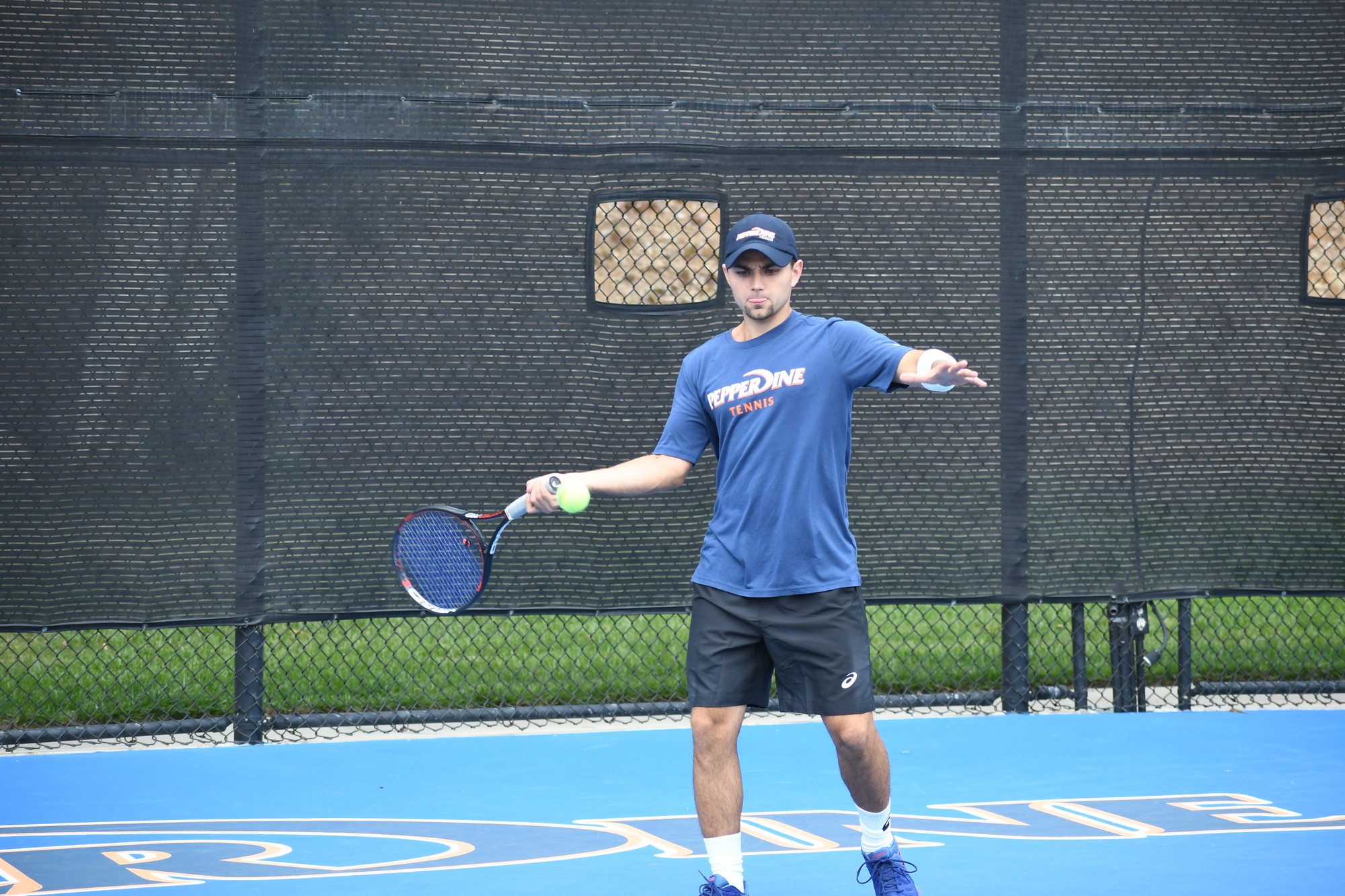 The landscape of Pepperdine Men’s Tennis has changed dramatically from last season to this one. In April, the Waves parted ways with Marcelo Ferriera midway through his fifth season as head coach. The current roster doesn’t have 11-12 players like it had the past three seasons. Instead, the roster contains a modest 8.

As the team makes its way through the regular season, senior Scotland Garapedian and first-year Pepperdine Head Coach Adam Schaechterl spoke about the progress the program has made.

Garapedian headlined the Pepperdine squad last year, taking home two singles victories and going 5-7 in doubles. Two of those victories were in competitive West Coast Conference play. Overall, it was a difficult season for Pepperdine Men’s Tennis as they finished 7-16 and needed to fill the vacancy at head coach.

With one final year of eligibility remaining, Garapedian felt something needed to change.

“Last year was a tough year both on and off the court,” Garapedian said. “We lost a lot of good players mainly to the fact that the culture of the program was heading in the wrong direction. Players did not want to play for a program that didn’t have the leadership it truly needed to make that culture become great.”

Culture was the focal point for the future of the program when Adam Schaechterle was hired in May. One of the first things he said he had to do was address the players that were not going to continue to play tennis at Pepperdine.

“There were five players who did not graduate who are no longer on the team,” Scheachterle said. “And that’s a huge number. I think that was reflective of where the culture was at. Some guys just didn’t want to be a part of it.”

When it was official that the roster would have 8 players for the 2018-2019 season, Schaechterle and assistant coach Tassilo Schmid focused on becoming close with the players before preparing for the season.

“We really wanted to show them how much we cared about them,” Schaechterle said. “The first month was just getting to know them and what their hopes and dreams were. We had a team-building trip in Palm Springs. It had nothing to do with tennis but it did so much for the bonding of the team.”

Garapedian quickly realized how different Schaechterle and Schmid were from previous seasons’ coaches.

“With our new coaching staff this year, it has been a complete 180,” Garapedian said. “Our coaches are motivated to put this program back on track and to establish a culture that is strong.”

The team has played two matches in the regular season thus far, falling to Fresno State University by a score of 1-6 and Abilene Christian 2-4. Transitions of this capacity can take time but Schaechterle is confident in what his team has to offer.

“Our theme for spring semester is to be faithful,” Schaechterle said. “We’re excited to put in discipline work day after day and be faithful to the standard we’ve talked about all fall. Now the guys get that so let’s hit it every day.”

Schaechterle also has high praise for Garapedian, his lone senior and team captain.

“Scotty [Garapedian] is above reproach when it comes to how he handles his day-to-day work,” Schaechterle said. “What we’ve asked of him this year is to not just be a guy who works hard but grow his confidence and he has responded to that.”

He added that Garapedian isn’t just helping this year’s team but establishing a standard for years to come.

“From the first week I got here, he caught the vision that we were going to instill a new culture,” Schaechterle said. “That was something he cared deeply about. He wanted that to be his legacy. We’ve seen him 100 percent buy into that vision and live it every day.”

As the senior captain of the team, his goal is to set the standard high on and off the court.

“Each day I want to elevate my game, as well as to help elevate my teammates each day,” Garapedian said.

Garapedian spoke about the time he has left and what he plans to walk away from when the season comes to a close.

“I do not want to just fly by my last semester,” Garapedian said. “I want to make the most of it. As of now, the external goal is to win the WCC and go as far as we can in the NCAA tournament. Internally, we are just looking to get better each day and make consistent progress.”

On Saturday, Pepperdine will play at Arizona State University at 1 p.m.