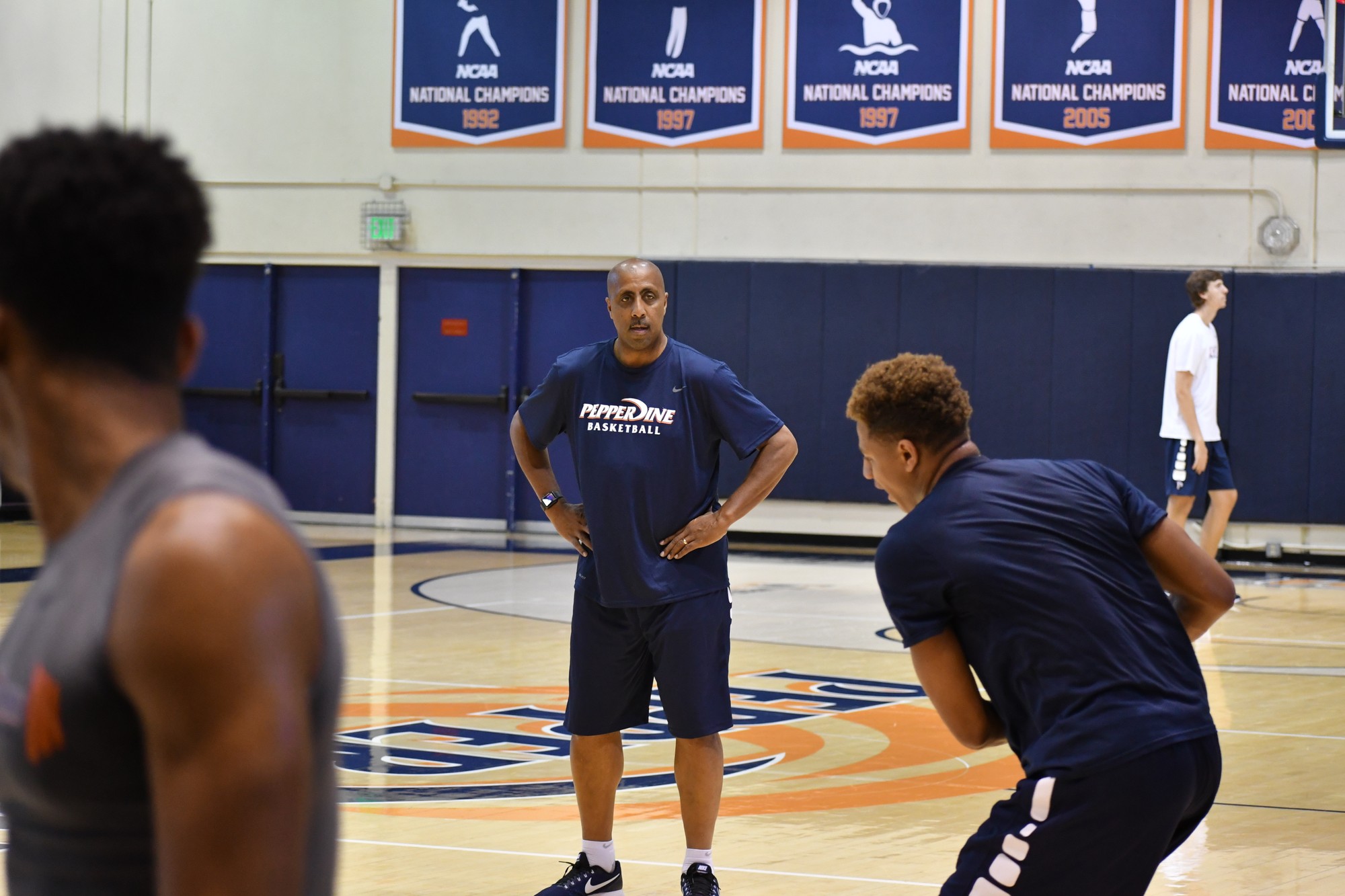 Romar is optimistic about his return

After over two decades of coaching, Romar said he understands what it takes to find success on the sidelines.

“Probably consistency. What you demand is very important and being who you are,” Romar said. “Coach your personality and don’t try to be like someone else.”

As a first-time head coach in 1996, Romar led the Waves to win six games. In 2018, he takes on a team that during last season also only won six games under former head coach Marty Wilson. Taking inspiration from that first season, Romar knows what he has to do for the program.

“You have to build a foundation. Everything that you do is building toward your future. Every drill and event that we do builds our culture,” Romar said. “Knowing what that is and where we should be in the future is what I wasn’t quite sure about when I was here last time but now I [am].”

While the Waves are bringing back many key contributors from past season, five of which averaged at least 16 minutes per game, a missing piece in next year’s team is a true center. With Oregon transfer M.J. Cage sitting out this season due to NCAA transfer rules, the role is up for grabs.

“I think the days of a 6’11” under-the-basket center are almost gone. The game is played differently now. You want size, you want length but the ‘five man’ isn’t the all-out solution nowadays,” Romar said. “Jackson Stormo is an incoming freshman, Victor Ohia Obioha is fast, and both of them have size. They’re versatile and we feel that they’ve made some strides.”

With the players in mind, Romar has his priorities set for the upcoming year and is planning his schedule around key elements that he believes will lead the team to success.

“We have to be a good defensive team. We have to be. That along with sharing the ball, rebounding and competing at a high level. Every workout, everything we’ll do on the floor is geared to those four areas,” Romar said. “We have a long way to go with getting guys to adjust to this system but we’re committed to it.”

Spahn is ready to make a splash in new role

As a former student athlete and long-time coach, Joe Spahn of Women’s Swimming and Diving is no stranger to the world of collegiate aquatic sports. After holding roles at many colleges, including the University of Hawaii, the University of Georgia and most recently Notre Dame, Spahn secured his first head coaching job at Pepperdine following the retirement of Nick Rodionoff, who completed his 18th season as head coach in the spring.

“There’s a good, small feel about this school and I love its Christian values,” Spahn said. “Bigger schools are good, but being elsewhere has showed me that a small-knit community and church school is important.”

Spahn credits his father, who was a swim coach at the University of New Mexico for 24 years, as one of his biggest inspirations for pursuing a career in coaching.

“My dad built my entire foundation,” Spahn said. “We knew from a very early age that I was probably going to coach. My father would always introduce me to other coaches and say, ‘Tell him why this is a terrible idea.’ ‘Tell him that we make nothing.’ But always in a loving sense.”

While Spahn said he is very eager for the season to start, he has more on his agenda than just winning meets.

“Life is all about impacting other lives. It’s just about the vehicle that you use. Mine happens to be swimming, and it’s a fun vehicle,” Spahn said. “I get to see these young ladies grow from girls to young women as they go on to adulthood.”

Spahn has many goals to ensure team success this over the course of this year, but no matter what the record shows, he said he intends to do everything he can to walk away from this season as satisfied as can be.

“I want these girls to enjoy this year, have fun and take pride in the program. It’s going to be a drastic change but they’ll accomplish things in and out of the pool that will be so worth it,” Spahn said. “Next week, I’ll challenge the seniors to leave this program in a better place than they found it four years ago. The past is already written and the rest of the book is blank. As long as that story just keeps getting better, so will our legacy long after I’m gone – hopefully thirty years from now.”

Schaechterle is ready to change the culture

Adam Schaechterle, the new head of Men’s Tennis, is the second coach to be hired in the Athletics Department from Notre Dame this year. After first assistant-coaching at his alma mater, Northwestern University, and serving as head coach for the University of North Florida, Schaechterle spent five years as an associate head coach Notre Dame. Now believes he is more than ready to return to the role of head coach at a university that focuses on “developing the entire student athlete” and alongside the Pepperdine Athletics staff.

“There were a few people who attracted me to Pepperdine and taking the job here. Per Nilsson is the women’s coach and I’m happy to be partnering with him. I’m fortunate to have someone in the same building who I can be mentored by. They are rockin’ and rollin’ as a top-five team and he does it the right way,” Schaechterle said. “Steve Potts, the Athletics director, is also someone that I really look up to with how he integrates faith into his job.”

Schaechterle attributes his recent rise to Pepperdine to his personal relationships with his players.

“All of my coaching success or fortune has all been through deep relationships,” Schaechterle said. “My main style is building these long-term relationships with players, I was even talking to a player from Northwestern today and [that] shows me how fortunate I am.”

With these relationships in mind, he intends to build a tight-knit community around the program here at Pepperdine.

“Family is most important, my wife and kids are gonna be involved with all these players because it’s the players that become extended family,” Schaechterle said.

This season, Schaechterle inherits a squad that went 7-16 last year, 3-6 in conference play, from Interim Head Coach and former assistant coach Ben Mullis after the Athletics Department decided not to renew former head coach Marcelo Ferreira’s contract after his fifth year with the program.

Schaechterle said that he has already noticed things that need to be improved.

“When myself and the coaching staff look at the team, we really don’t view them as the same team that has performed over the past three years,” Schaechterle said. “When we think about Pepperdine as a program, we think about one of the top 10 nationally elite programs over the past 40 years. We inspire to be at that level going forward even though it will take time.”

Schaechterle said the program signed four recruits since he took over as head coach and noted that the team consists of some key players, including the seniors and the freshmen, to watch out for this season.

“I feel lucky to have a senior with the leadership skills of Scotland Garapedian who is really consistent and fluid both on and off the court,” Schaechterle said. “We also have some really talented freshman players as well who have a chance to do some exciting things.”

After Schaechterle walks away from his first season at Pepperdine, there is a “big picture” aspect that he wants to look back on and be proud of, while at the same time being motivated for the next season.

“Goals for this season are integrated with goals over the next four or five years. The number one goal for us is getting the culture right. That’s integrated into how guys practice, how they treat each other, and buying into a program that’s much bigger than themselves,” Schaechterle said.

Keep an eye out for Men’s Basketball, Men’s Tennis and Women’s Swimming and Diving to follow the progress of their coaches’ inaugural seasons.