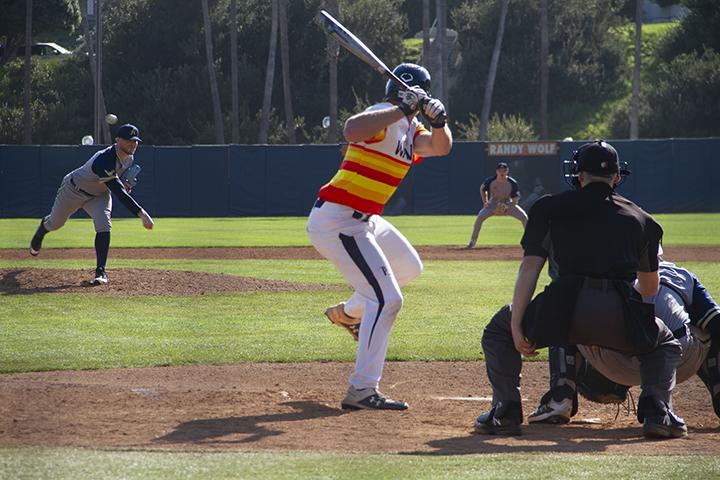 Junior utility Billy Cook winds up for his home run bomb versus Akron on Sunday.

Unbeaten Waves Baseball improved their season record to 7–0 after a commanding sweep of the Akron Zips. After showing out in the Angels College Classic in Phoenix, the last undefeated team in the West Coast Conference had a one-game-stop at Cal Poly San Luis Obispo before their first home series.

The Waves dominated from both the mound and inside the batter’s box, winning the three games by a combined score of 23–2. Perhaps the biggest takeaway for Pepperdine was the hitting mirage by junior utility Billy Cook and the performance of the Waves’ top three pitchers: Wil Jensen, Cooper Chandler and Trevor Kniskern.

“Our starting pitching continues to perform,” Head Coach Rick Hirtensteiner said. “We had good outings during our first weekend, and those guys came out again and had good attack. They threw a ton of strikes and commanded the ball well with multiple pitches. They all gave us a chance to win.”

On Friday, Pepperdine’s opening game was almost perfect. Jensen retired the Zips’ first three batters in eight pitches. Redshirt junior right fielder Reese Alexiades put the Waves on the board at the bottom of the first with a double to left-center that scored senior first baseman Justin Lutes.

That opened the floodgates for the Waves’ batters, scoring another run in the first before Cook smashed a low-hanging fastball for a 389-foot home run over the palm trees behind the outfield in the second. He scored sophomore shortstop Wyatt Young, who was walked by Akron starter Taed Heydinger at the previous at-bat. 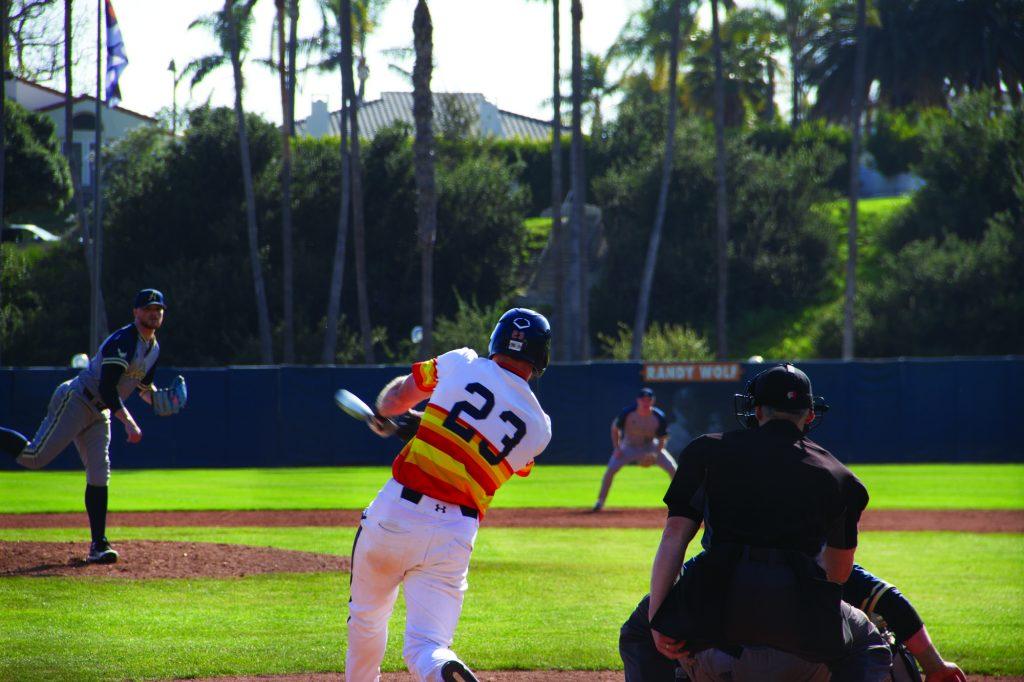 Junior utility Billy Cook hammers a pitch versus Akron. Cook went on to score a 389-foot home run at the bottom of the second.

On the mound, Jensen was perfect through four innings before giving up one unearned run at the top of the fifth inning. He pitched another two innings and finished with eight strikeouts with only four hits.

This was Jensen’s second start after going five innings versus San Diego for game one of the Angels College Classic. Jensen, who is coming off Tommy John’s surgery from the 2018 season, said he continues to progress.

“It was a good pick-me-up,” Jensen said. “The outing before, I felt a little out of sync, but Friday, I was able to locate all my pitches, and it felt good. This time around wasn’t as bad on my arm as well — instead of trying to throw everything as hard as I could, I dialed it back which helped, even though I threw more pitches today.”

After a scoreless third-through-fifth innings, Pepperdine’s batting got back on track with three runs in the sixth and four in the eighth. They won the first game of the series 12–1.

Pepperdine had a much slower start in the second game of the series. While Chandler took a no-hitter all the way to the eighth inning, the Waves’ offense took until the fifth inning to get on the board. Freshman designated hitter David LeBioda singled with a hit past second base. Next, Young singled down the right side, scoring freshman second baseman Ryan Johnson.

With Cook at the plate next, he reached on a fielder’s choice to send Young back to the dugout, but a throwing error from second base to first base on an attempted double-play allowed Cook to advance to second, scoring Johnson and Lebioda.

The Waves scored a run in the eighth for their last of the day. After 10 strikeouts from Chandler, freshman left-hander Shane Telfer finished the last inning. Pepperdine won game two with a score of 4–0, securing their first shutout of the season.

Hirtensteiner said this year’s team’s trust for one another is far ahead of last year’s.

“I think the team chemistry is just outstanding right now,” Hirtensteiner said. “Everyone has a good time with each other, and they all push each other to work hard. Whether it’s practice or games, there’s a lot of team bond, and it’s good to see.”

Kniskern Establishing Himself as a Reliable No. 3

Game three between the Zips and the Waves was a unique one, as Akron took their first lead of the series at the top of the first inning. With two outs on the board, the Zips recorded back-to-back hits for their first earned run of the series and their first score since the fifth inning on Friday.

The starting pitcher for the Sunday contest was Kniskern, one of the gems of Pepperdine’s 2019 recruiting class. Kniskern, a West Coast Conference All-Freshman, posted a team-high 2.42 ERA and was fourth on the team with 37 strikeouts during his first season in Malibu while coming out of the bullpen.

In his first start of the year against Oregon, Kniskern had a strong start through three innings, giving up just three hits while the Ducks’ lone run was unearned off a sacrifice fly. At the bottom of the fourth, pitches started to get away from Kniskern as he hit three batters and gave up four total runs before being replaced by freshman right-hander Josiah Castillo, who got the Waves out of the inning.

Pepperdine came back and won the game after a four-run inning of their own in the top of the ninth to win 8–5. With the shaky start behind him, Kniskern was ready to bounce back.

“He’s a beast,” Jensen said. “Even though he had a rough outing against Oregon with one bad inning, games like this [Sunday are] what to expect. He’s a grinder.”

After two quick groundouts by the Zips to start the game, Akron had back-to-back hits to get on the board. Kniskern only allowed one hit for the next five innings before being taken out.

The Waves tied the game at the bottom of the second with a hard-hit single from left-fielder Mike Malinchak that scored Lutes. Lutes, the transfer from College of Southern Nevada had himself a nice series at the plate with three strong hits and an on-base percentage of .417. 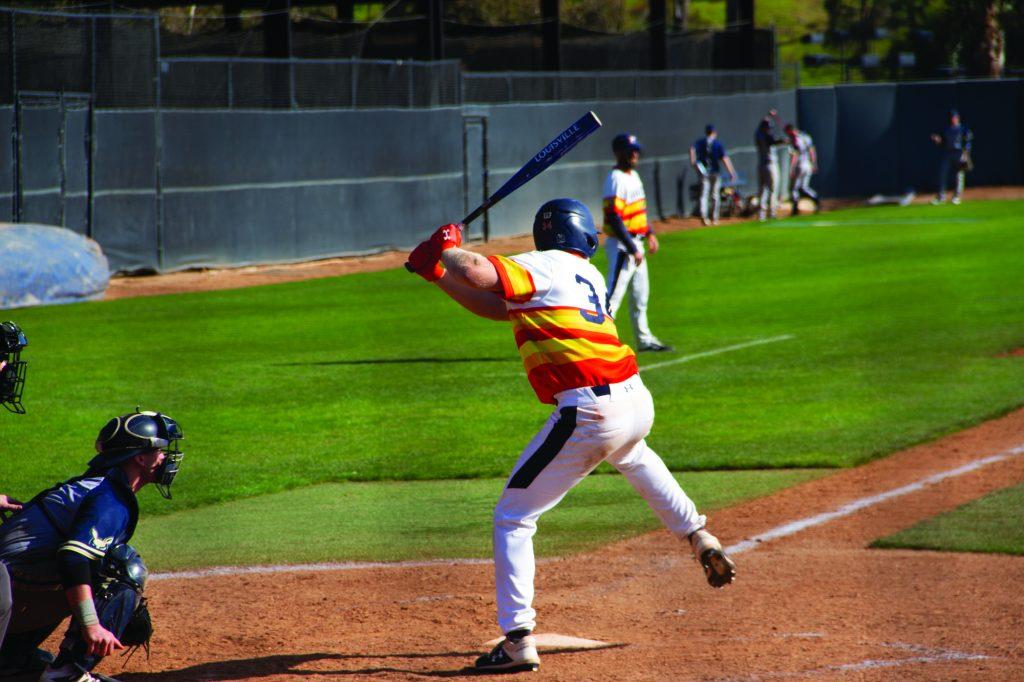 The star hitter for Pepperdine was Cook, who smashed a ball in the bottom of the sixth inning that traveled 421 feet. The solo shot distanced the Pepperdine lead to 5–1, and after two more runs in the eighth, they won 7–1.

Cook had a monster series with six hits on 12 at-bats, three stolen bases, two home runs that traveled a combined 810 feet, and a ridiculous slugging percentage of 1.5.

Cook said he has made strides to improve his swing for this season.

“This past summer, I rehabbed my shoulder and learned a lot about the body and mechanics of a swing,” Cook said. “While you don’t focus on mechanics when you’re in the box, having a better understanding of the swing in general has definitely helped. [Asst. Coach Danny Worth] and I have worked a ton on power while keeping things simple.”

Kniskern, who finished the game with a 1.5 ERA, said the game helped get back to his regular form.

“It was a good mental bounce-back,” Kniskern said. “It sets a tone that can hopefully follow the rest of the year. Today, I was able to hone in my curveball and lead off with it, which sets up the rest of my sequence.”

Hirtensteiner agreed that this game will help the sophomore pitcher.

“Today was beautiful because today, he started with two pitches and two outs,” Hirtensteiner said. “He gave up a quick run but still attacked them and got us into the seventh.”

Pepperdine now looks to a Wednesday game at UCLA, Baseball America’s No. 10 team in the country. May 10, 2016 was the last time the Waves beat the Bruins.

“We’re excited to play them,” Cook said. “We’re gonna win. This is the year we take it back — I’m confident we’ll make it happen.” 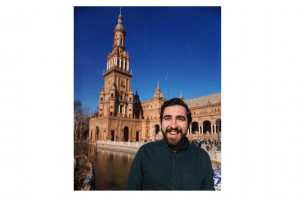 Jaime Del Barrio smiles in front of a Spanish monument while on a trip to Seville, Spain — an excursion he took while...
Copyright 2013 Jupiter Premium Magazine Theme
Back to top