Christine Galyean Finds the “Beauty in the Mundane” through Theatre 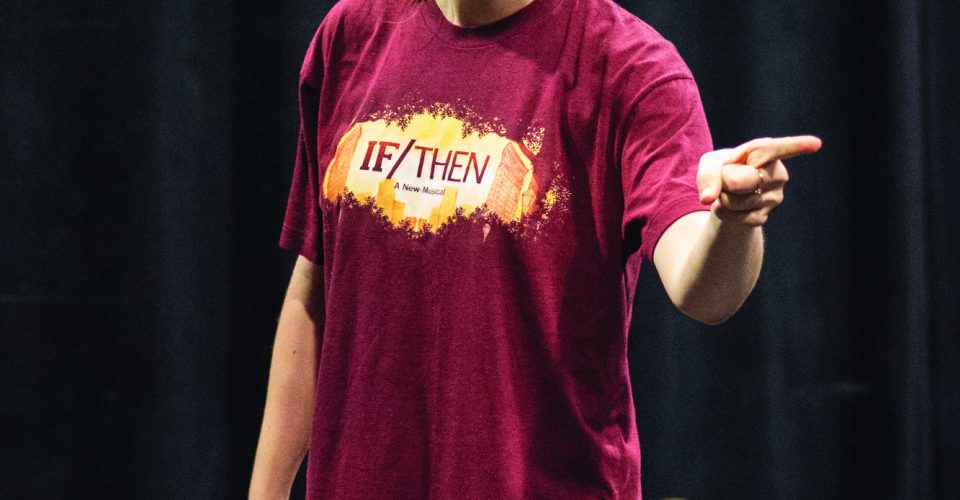 Christine Galyean started acting when she was 11, but not because she wanted to; her parents wanted to break her out of her shyness.

“My parents forced me to take an acting class because I was a really shy child and I didn’t talk to people and they were like, ‘Theatre will help you,’” Galyean said. “I don’t think in their wildest dreams they would’ve ever thought I was actually going to pursue this.”

Now a senior theatre major, Galyean has transformed into many roles during her four years at Pepperdine. She played Hope, Ginette and Sandrine in “Almost Maine”; a member of the Dead Chorus in “The Good Prisoner”; Theresa in “Circle Mirror Transformation”; Hedda in “Hedda Gabler”; Jessica Cranshaw in “Curtains”; Joy, Dottie and herself in “Well”; and the Aryan Princess in “The Abode,” which Pepperdine theatre students performed at the Summer 2018 Edinburgh Festival Fringe in Scotland.

Galyean just finished playing the lead role in the spring production of “The Taming of the Shrew,” a Shakespearean “misogynist comedy.” She played Petruchio — a male role.

Galyean said the director chose to flip the script — it’s “rare” for women to play an “in-depth” role in Shakespeare’s plays. She said the theatre department is embracing modern times by having a dominant female character and a submissive male character.

“By flipping the genders, doing this gender reversal, we’re able to explore what that play is in today’s society and culture and especially in the #MeToo Movement,” Galyean said. “Just seeing what it’s like if we put a man’s [demeaning] speech in a woman’s mouth and she tames the man [as Petruchio does to his wife] and see where that leads us and what kind of conversation will come out of that.”

Galyean said one reason she fell in love with theatre was for its sensitivity toward others’ stories.

“I think something that really stuck with me was just watching a play and seeing people who were not at all like me and people who maybe I wouldn’t give the time of day … and just having more appreciation for them and understanding,” Galyean said. “I want to be able to give that to everyone.”

Galyean was raised in Grand Prairie, Texas, where she attended musicals and plays with her parents in Dallas. She moved to Los Angeles during her high school years to pursue film acting. She took online classes but after two and a half years, she eventually missed the “camaraderie” of an actual classroom and moved back home to attend the new Grand Prairie Fine Arts Academy, which only trained for theatre acting.

Even though theatre acting was completely different from Galyean’s film realm, she chose the academy and found her true passion in theatre.

While she loves “glitz and glamour” and Shakespeare — the stereotypical highlights of the art — Galyean said she finds her love for theatre in plays that portray classic, simple life.

“What I think resonates with me is a show that unpacks everyday life,” Galyean said. “A playwright that really sticks out with me is Annie Baker … She just writes people in ordinary situations, living ordinary lives, and there’s just something so beautiful about seeing the beauty in the mundane.”

Galyean was able to experience an Annie Baker play when she acted as Theresa in “Circle Mirror Transformation.”

Galyean said an important element of theatre for her is its ability to raise awareness on social issues. She said she believes that there is no better way to create change than by listening to people’s stories portrayed on stage and looking at how it’s affecting the audience members’ lives.

Galyean said she plans to attend graduate school to further her education in theatre. Meanwhile, she will travel to Moscow, Russia, this summer to train with the Moscow Art Theatre for six weeks.