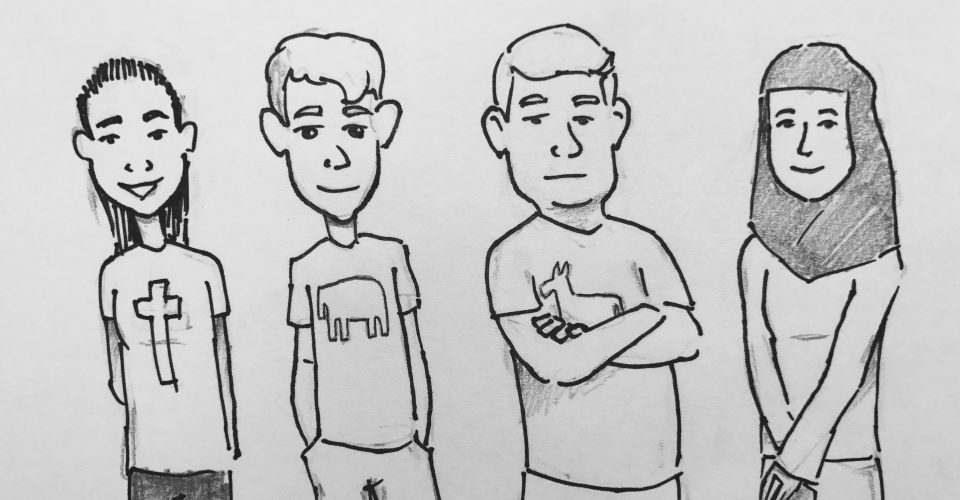 We live in a divided country. This is evident from events such as the 2016 election, the issue of health care and more recently the Charlottesville protests. Events like these cause anger and resentment on both sides and will lead to greater derision unless there is a platform for productive discussion. Pepperdine Graphic Media (PGM) hopes to provide a place for this type of rhetoric.

“Republicans and Democrats are more divided along ideological lines — and partisan antipathy is deeper and more extensive — than at any point in the last two decades,” according to “Political Polarization in the American Public,” published June 12, 2014 by Pew Research Center.

At Pepperdine, we are similarly divided. Although we are a small university, controversial events can cause a division in opinions. Last year, we faced contentious issues — the removal of the Columbus statue and the removal of a LGBTQ+ performance in Dance in Flight— in addition to smaller issues, like the return of the fountains. Students had varied reactions to these events and shared passionate and well-reasoned arguments for and against the changes.

It is vital to listen to everyone. No one should be afraid or ashamed to voice their opinion. It is important to hear from all sides: Republicans, Democrats, Independents, Liberals, Conservatives and everything in between.

Pepperdine has a tie to conservative politics. Ronald Reagan, then governor of California, planted a redwood tree on Pepperdine’s campus. However, there is also a strong presence of progressive politics as well. For years, many students advocated for the presence of a LGBTQ+ organization and succeeded in 2016 with the establishment of Crossroads.

When one is in a diverse environment, a natural instinct is to only befriend and interact with those who share beliefs and worldviews similar to one’s own, avoiding those who think differently. It is easy to get caught in a circle of friends and voices that reflect one’s own opinion. Even when we read different opinions from national news sites, it is simple to distance those opinions from ourselves.

However, when the opposing opinion comes from someone close by, a person is more likely to analyze and be changed by those views. That is why PGM, and specifically the Perspectives section, hopes to represent the various viewpoints of students. It’s easier to bring together two people from different sides when they know each other’s names and might even share a classroom.

It is important that we learn to listen to each other and discuss our differences of opinion in a positive, productive manner. Bringing this country together starts with small steps. Pepperdine students can begin by recognizing the different voices on this campus.

At PGM, we want to be inclusive and represent the variety of opinions on this campus. In the Perspectives section, specifically, we give students a formal outlet for their opinion. Every perspectives piece is well researched and includes evidence from credible sources, so that the articles are conscious and discerning. Students who contribute are not all journalism majors. Students who write about politics are not all political science majors. Anyone is allowed and invited to contribute, whether they want to write one article or ten. Everyone is welcome.

If you would like to write for the Graphic perspectives section and express your opinion, contact the Perspectives editor, Sarah Kiker (sarah.kiker@pepperdine.edu) 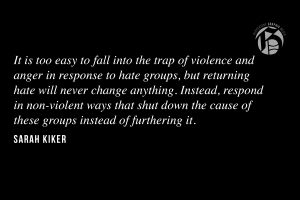 Graphic by Nate Barton How should the public respond to White supremacist events like the Charlottesville rally? With...
Copyright 2013 Jupiter Premium Magazine Theme
Back to top