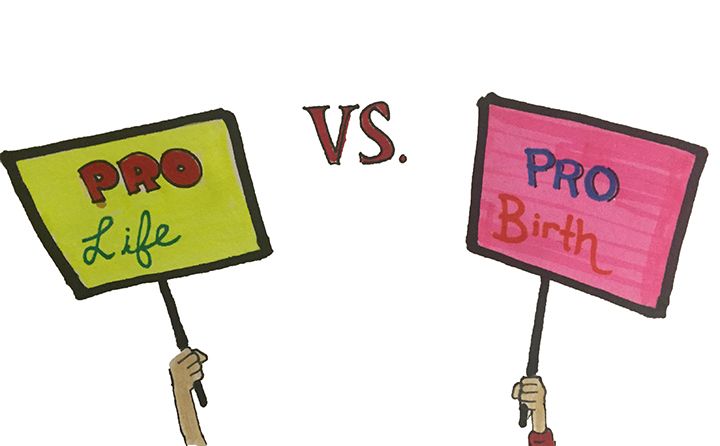 Let’s begin with some elaborations: I am personally pro-choice, but many of my closest friends are pro-life. I respect many tenets of the pro-life movement, even if I may not personally agree with them. It’s a movement that was founded on the well-intentioned goal of bringing life into the world. In and of itself, that’s a wonderful and admirable mission to have. But the problem lies when that desire to help ends at birth.

It’s a mindset that’s been around for a bit now.

Trevor Noah pointed out the hypocrisy during “The Daily Show” on Oct. 10, specifically on the issue of gun control. Republicans — often the dominant force in the pro-life movement — are simultaneously the group least willing to give up their guns, even at the cost of human life. In his segment, Noah likened Republican politicians to “comic book collectors” because to them, “human life only holds value until you take it out of the package, and then it’s worth nothing.”

And this is just the tip of the iceberg.

According to the July 2014 Guttmacher Institutes Fact Sheet on abortions in the U.S., 42 percent of women who have abortions are women below the federal poverty line. These women receive induced abortions, which is the intentional termination of a pregnancy before the fetus can exist independently. This statistic is important because it highlights one of the largest demographics of women who receive induced abortions, and it shows the women and families who are often hit hardest by the loss of access to abortions. This demographic is hit the hardest because these women have the least access to funds and help if something were to go wrong.

If these women give birth to children they cannot afford to have, then the ideals of the pro-life movement should extend to them as well. People who believe in the sanctity of life should logically also believe in its sanctity once the individual is born. These are women who cannot afford to have children. Now before the arguments that “they shouldn’t have had sex in the first place” start, or the arguments of “they should have used protection,” it’s important to remember that most of these women are exposed to sex education only through schools.

Matt Essert’s article “The States With the Highest Teenage Birth Rates Have One Thing in Common” for mic.com reveals, “States with abstinence-only education have the highest rates of teen pregnancies.”

It’s also important to note that according to a piece from Siecus.org by Sarah Grigsby-Reiser entitled “Democrats and Republicans Update Party Platforms” most Republican-backed sexual education programs are abstinence-only.

Unfortunately, all too often, these individuals are left in a dangerous cycle of poverty. It’s difficult to order these individuals to simply pull themselves up by their bootstraps when a 2013 study by a team of researchers from Princeton, Harvard and the University of Warwick showed that “the condition of poverty imposed a mental burden akin to losing 13 IQ points.”

If the pro-life movement so desires to end abortions, then it has to deal with the repercussions of such a decision. The movement as a whole cannot force women to have children they cannot afford and then turn around and accuse them of leeching off of the welfare system — which is a system that many Republican politicians, who are also pro-lifers, are doing their best to decrease. Even just this year, according to the article by Jonathan Weisman for the March 17, 2015, issue of The New York Times, “House Republicans Propose Budget With Deep Cuts,” the plan was to enact “more than $1 trillion in savings from unspecified cuts to programs like food stamps and welfare.”

Sister Joan Chittister said it best when she stated in an interview with PBS, “I do not believe that just because you’re opposed to abortion, that makes you pro-life. In fact, I think in many cases, your morality is deeply lacking if all you want is a child born but not a child fed, not a child educated, not a child housed. And why would I think that you don’t? Because you don’t want any tax money to go there. That’s not pro-life.”

It seems that with this issue, as with many others, people don’t see the forest for the trees. People focus on the “birth” aspect of being pro-life, that they don’t see the other steps necessary to truly be pro-life. It may seem like just a game in semantics, but it’s important. If any desire to be pro-life begins with conception and ends at birth, then change the name of the movement, because that’s not a pro-life movement. It’s just pro-birth. 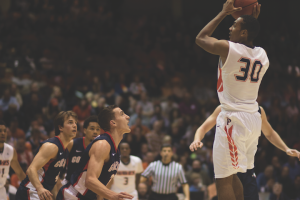 Photo by Matt BentonLast week, the Graphic’s very own John Lawlor published an article addressing not only Pepperdine’s...
Copyright 2013 Jupiter Premium Magazine Theme
Back to top