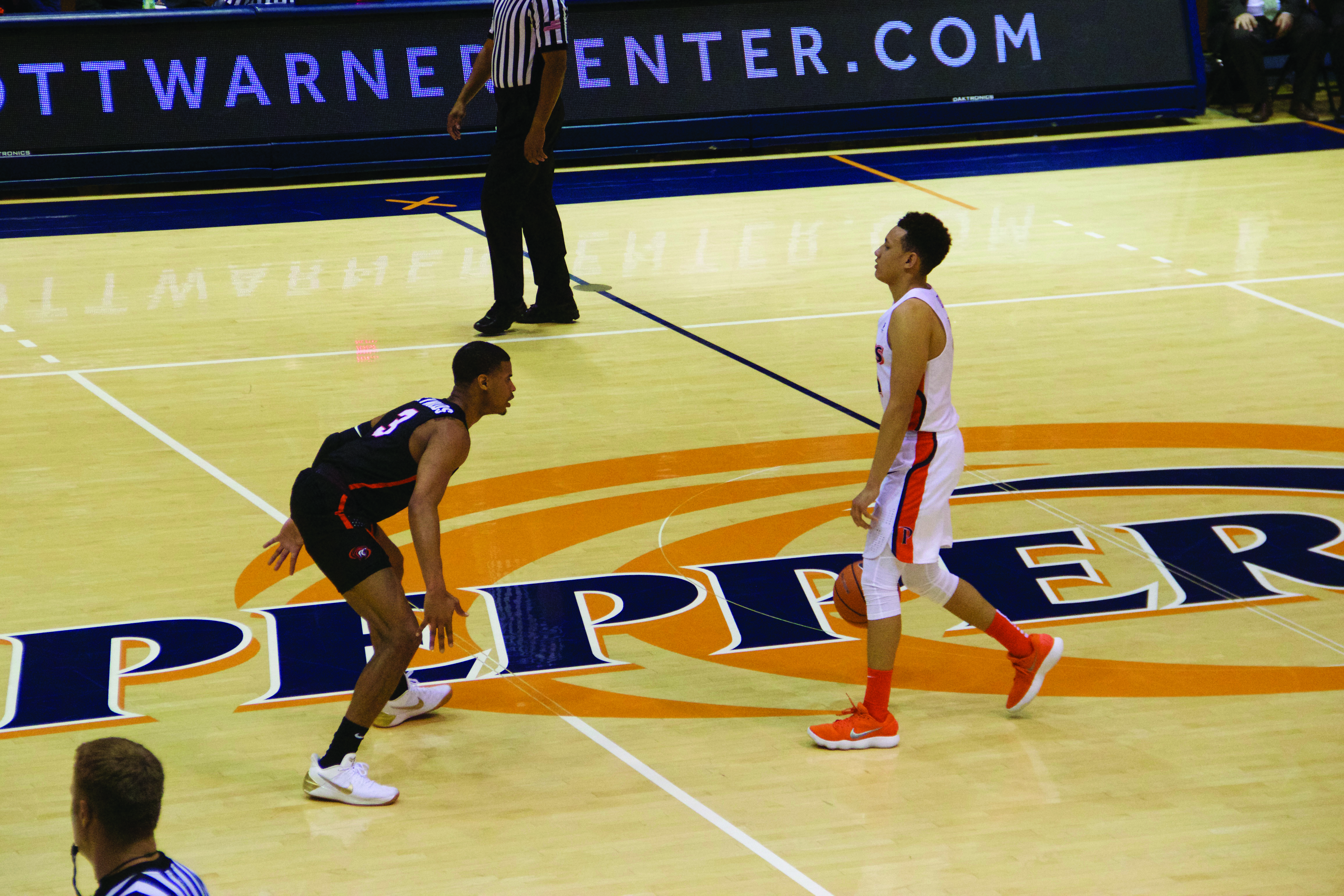 The long, injury-filled season continues for the Pepperdine Men’s Basketball team. Despite the struggles the team has faced on and off the court, the Waves remain optimistic about the final weeks of the season.

“It’s tough with all the players being in-and-out of the rotation with injuries,” Head Coach Marty Wilson said. “But we’re not letting it affect us. We just continue to fight and find ways to stay in the game until the final buzzer.”

Life on the road has not been kind for the Waves this season. With an 85-79 loss to rival Loyola Marymount on Feb. 10, Pepperdine is now 0-12 on the road and 4-22 overall this season.

Senior center Matthew Atewe led the Waves with 18 points and six rebounds against the Lions.

Freshman guard Colbey Ross collected nine assists to take sole possession of Pepperdine’s freshman record for assists in a season. He surpassed Jeremy Major’s number with his first assist of the game and now has 147 on the season.

With his first assist today, @cdot_ross has taken sole possession of the Pepperdine freshman record for assists in a season at 139! #WavesUp pic.twitter.com/LeRN75nyK6

“[It] feels great to be a part of program history,” Ross said. “But I’m just trying to do what my team needs me to do, and that’s helping my teammates get good looks from the field.”

“I thought we played with a lot of energy and made the right plays to get good looks at the basket,” Edwards said. “We just have to continue fighting and grinding, and doing the little things to help us get the victory.”

Prior to Saturday’s matchup, Atewe had a career game Thursday, Feb. 8, scoring a career-high 19 points and grabbing 14 rebounds, but the short-handed Waves lost a close battle to San Diego at home, 68-66. Ross added a team-high 20 points and five assists.

The Waves, who have their lone four wins at Firestone Fieldhouse, dropped to 4-10 at home with the loss to San Diego.

Pepperdine and San Diego traded baskets early in the first half with seven lead changes and two ties. The Waves heated up late to take a 25-20 lead off a layup by freshman guard Jade’ Smith, but went into the break with a two point lead, 27-25.

“We had a solid offensive start, but we got a bit too relaxed starting the second half,” Ross said. “We made a strong effort to come rally back late and we need to play with that intensity and aggressiveness the whole game, not for parts of it.”