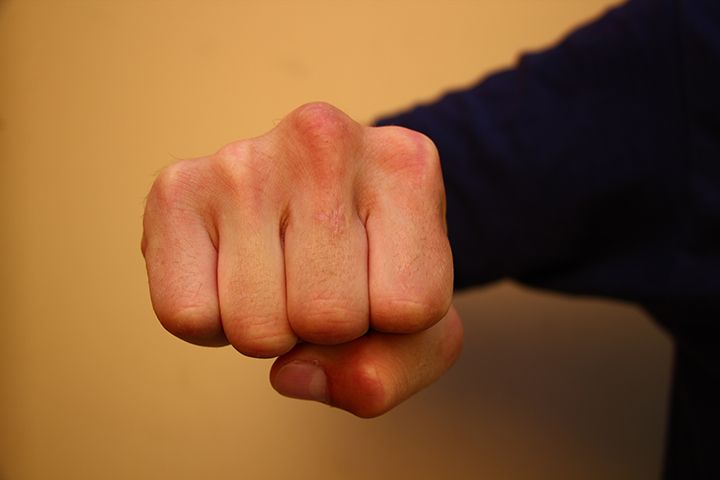 Ray Rice, former NFL running back for the Baltimore Ravens, was suspended indefinitely by the NFL after a video surfaced of him assaulting his then-fiancee, Janay Palmer, in February.

Rice and his now-wife, Janay Rice, got into a physical altercation in an elevator in Atlantic City. During the altercation, Rice punched his wife, whose head then hit the railing of the elevator, knocking her unconscious. After the altercation, the video shows Rice dragging his wife’s body out of the elevator, where he was then approached by a hotel employee who took control of the situation by calling the police.

Rice’s wife did not press charges after the assault occurred; however, he was still charged with third degree aggravated assault. A grand jury indicted Rice, but the charges were dropped when he agreed to attend court-supervised counseling.

Since 2003 there have been about 700 reports in which  NFL players have gotten into trouble for violent acts, according to Assistant Professor of Psychology and licensed clinical pyschologist Judy Ho. Out of these offenses, one out of six were reported as domestic violence.

Pepperdine has always taken concerns about domestic violence and other threatening types of incidents very seriously and they maintain strict policies to address them, according to Deputy Director of the Department of Public Safety Dawn Emrich.

These policies are put in place to remain accountable for the assailant and support for the victim.

Pepperdine’s policies and response protocols are extensive and follow all guidelines as prescribed by California law, according to Emrich.

Pepperdine is affiliated with the Rape Treatment Center located in Santa Monica as part of the UCLA Medical Center. They have emergency medical care, supportive services, counseling and advocacy that they provide to victims of sexual assault. All of their services are completely confidential.

“Most people think it won’t happen to them,” freshman Makayla Marvin said.

This is a common assumption, specifically among college-age adults, according to Ho.

Marvin also said that although no one thinks it will happen to them, domestic violence and sexual assault will always be a problem because men have a tendency to react violently in some situations.

“In my opinion there is no way I would ever see physical abuse as OK in any situation,” freshman Ryan Murphy said.

According to Ho, one in three young adult girls are at risk of being victims of social, physical or verbal abuse.

Pepperdine’s “Immunity for Victims” policy from the Student Handbook states, “Sometimes, victims of physical assault or sexual misconduct are hesitant to report to university officials because they fear that they themselves may be charged with policy violations, such as visitation, underage drinking or sexual activity at the time of the incident. To encourage reporting, Pepperdine offers victims immunity from policy violations related to physical assault or sexual misconduct.”

sexual assault presentations in all of the freshman dorms. “I liked that they had the meetings. It’s one thing for there to be a policy, it’s another for students to be aware that there is a policy,” freshman Simone Raeth said. “The freshman dorm meetings were a way to help students understand the policy.”

In cases of domestic violence and sexual assault there is always more than one cause, according to Ho. “Whatever was going on, I think this is a long-established pattern. Both are trying to solve their problems through violence,” Ho said about the Rice family’s relationship and problem solving techniques.

College-age individuals, typically between the ages of 20 to 24, in relationships tend to put up with more, according to Ho. These individuals need to come to a place where they can navigate what they want in a relationship.

According to Ho, putting up with behavior that one doesn’t agree with creates strains in relationships. These strains need to be dealt with early on, before the raised issues escalate.

“I hate the fact that women always have to be worrying about feeling safe on campus,” sophomore Cyrus Reynolds said.

Men don’t have as much to worry about when it comes to feeling safe on campus, according to Reynolds.

“Pepperdine has policies in place to keep us safe, and resources readily available, should we need them,” Raeth said. “I know the policies are in place, I just haven’t seen it actually enforced.”

Another factor to consider in domestic abuse and sexual assault is education. Fewer reports of violence and assault are reported among individuals with higher education, such as an undergraduate, graduate and/or doctoral degrees. Those with higher degrees are less likely to use domestic violence to solve problems in relationships, according to Ho.

Ho said to seek help and support if you or someone you know is or becomes victim to domestic abuse or sexual assault crimes. 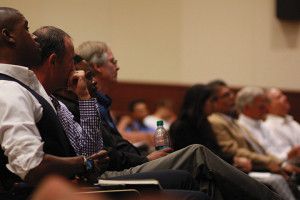