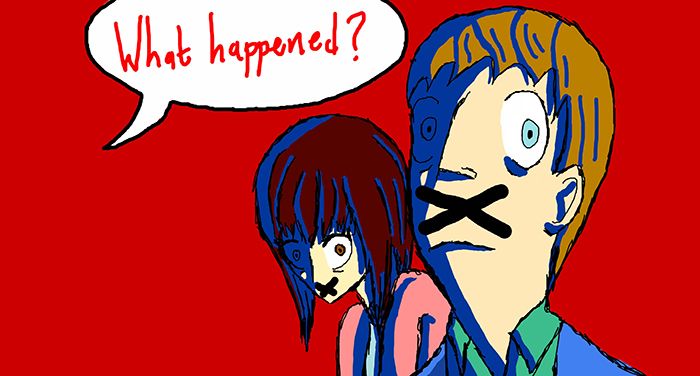 Of the many lists that Pepperdine University has landed on in the past year, the list of schools under review by the U.S. Department of Education’s Office for Civil Rights “for possible violations of the law’s requirements around sexual violence” was not one of them.

According to the Rape, Abuse & Incest National Network, up to 60 percent of sexual assaults go unreported in the United States. Thus, we are only left to assume that sexual assaults simply aren’t being reported with the same frequency in which they occur here at Pepperdine.

We must realize that although it isn’t Pepperdine’s fault that sexual assault happens, it’s the university’s responsibility to facilitate an atmosphere of openness regarding this topic.

The university’s definition of sexual assault is “a general term that covers a broad range of inappropriate and unlawful conduct, including rape.” The university is clear that sexual assault is never tolerated. Moreover, victims and the “Good Samaritans” who may assist them are immune from charges of policy violations (if any such violation occurred when the assault took place).

Few incidents have been reported, but this doesn’t mean sexual assault isn’t happening on or off campus. In 2012, three reports of sexual assault occurred according to records from the Department of Public Safety. Under the Clery Act, the university is required to disclose crime that occurs on and around campus, which it did in these instances. On Sept. 17, 2012, Isaac Yasharal groped a female student and on Sept. 20, 2012, Hank Lee assaulted female students. These assaults occurred publicly with witnesses involved, but the majority of assaults are not visible and often perpetrated by someone the victim knows. According to the National Institute of Justice, two-thirds of victims ages 18 to 29 had a prior relationship with the offender.

Having a “dry” campus and no-sex policies can cause harm when trying to discuss issues directly tied with both acts. A dry campus facilitates off-campus parties which can present a riper environment for sexual assault because of alcohol being present. Knowing that drinking and drunkenness are not allowed on campus can add to students’ fear of reporting sexual assaults that occur during off-campus events, despite the “Good Samaritan” policy.

Along with the taboo outlook on alcohol, Pepperdine’s affiliation with the Church of Christ does not condone sexual activity outside of marriage.

With this in mind, many students may feel their place within the church may be negatively affected, not only by the assault itself, but because of the perceived blame they might face. This additional self-blame may cause heightened anxiety when reporting because the victim may feel as if they went against the core beliefs Pepperdine and their upbringing hold.

When victims fear more blame being placed on them rather than the attacker, they may also fear the process of seeking justice.

For centuries, society has placed blame on the victim, inadvertently telling them they should’ve prevented the act from happening. With this being the premise of sexual assault cases, women are constantly being told not to wear certain clothing or flirt with men because this is “putting themselves out there.” The fact that men can also be victims — a much more taboo form of sexual assault in our society — may cause male victims to feel discouraged from reporting their assault as well.

While California recently passed the “yes means yes” law on Aug. 28 — a standard where silence or other non-verbal cues do not symbolize consent — the rest of the nation has yet to address this topic more seriously.

As a society, we must begin to facilitate a community that consistently punishes those who assault women and men while also refraining from judgment or disbelief when a victim decides to report the event. This can all begin with opening dialogue on campus about sexual assault in order for our community not only to become a safe zone if a student ever becomes a victim but also, to be able to recognize a sexual assault when it occurs and know what to do next.

If you are sexually assaulted, find a safe location away from the offender and know what happened is not your fault. Report the attack to law enforcement and seek medical attention as soon as possible. The Counseling Center is also a great resource for victims.