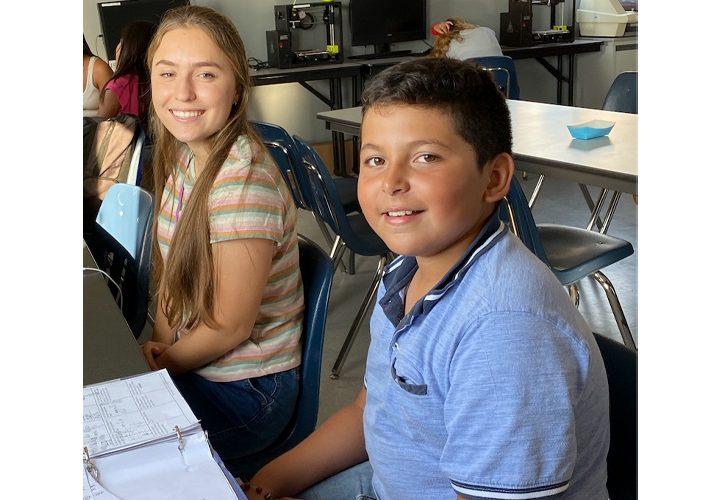 Pepperdine athletes are showing passion and discipline off of the field and court by participating in the Successful Education Achievement Program in Malibu, which provides individualized mentorship to struggling middle school students.

The program is an education initiative of the Emily Shane Foundation that Malibu resident Ellen Shane started after her daughter Emily died in 2012 after being hit by a driver on Pacific Coast Highway near Heathercliff Road. After seeing her daughter struggle in certain subjects in school before her death, Ellen Shane said she wanted to create a non-profit that balanced tutorship and mentorship for students who learn at a different pace.

Instructors of the SEA Program help students with school work and organizational habits. According to Ellen Shane, the best instructors are often Pepperdine athletes.

“While we’re mentors and tutors, we also serve as role models for them,” redshirt junior and Pepperdine Women’s Soccer goalkeeper Zoe Clevely said. “We’re positive influences that believe in them.”

One-on-one interaction with students is an issue that’s personal for Ellen Shane. She said she experienced the shortcomings of the standard classroom.

“I know the frustration of having a kid who struggled in school,” Ellen Shane said. “She [Emily] was lucky because we were able to provide her with the help she needed. We know that isn’t a reality for every student out there and we wanted to create a way to change that.” 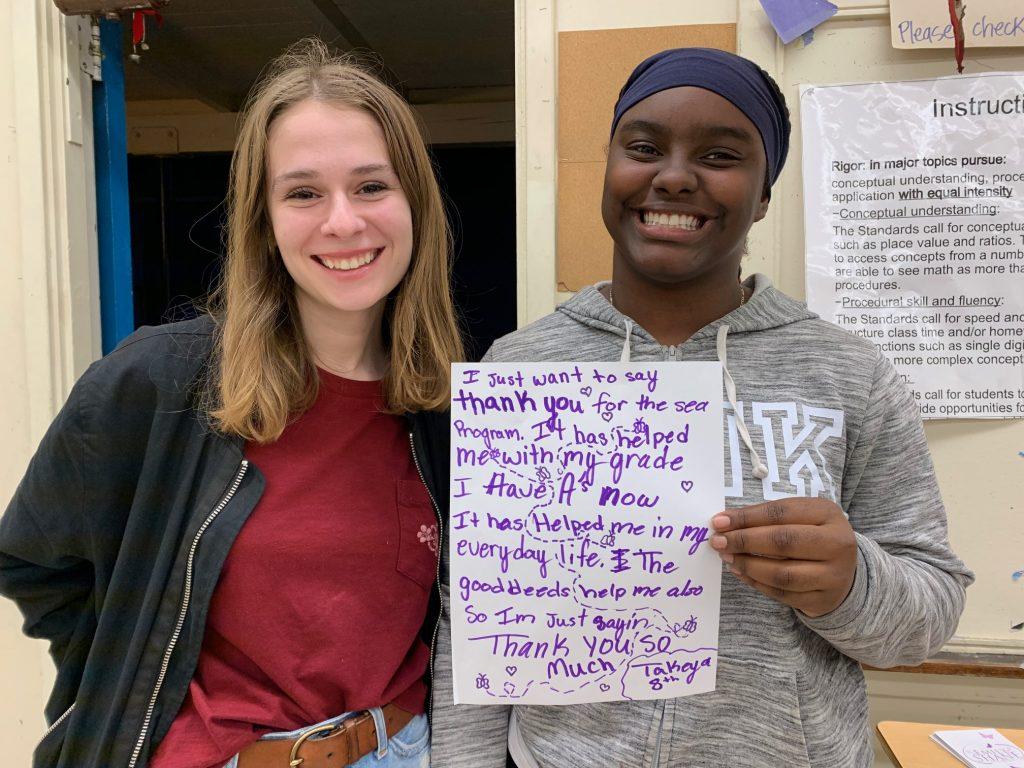 SEA tutor Zoe Clevely (left) stands with eighth grade student Takeya (right), who she tutored for one semester in Westchester, CA. Ellen Shane established many SEA affiliates outside of Malibu, including this duo.

Ellen Shane said it wasn’t until she paired her daughter with a Pepperdine student that she saw significant results.

“Very quickly we saw that she did the best with students,” Ellen Shane said. “They’re more relatable, great role models and they’re at a university and living examples of what can happen with hard work in the classroom. I modeled the program completely off of my experience with Emily.” 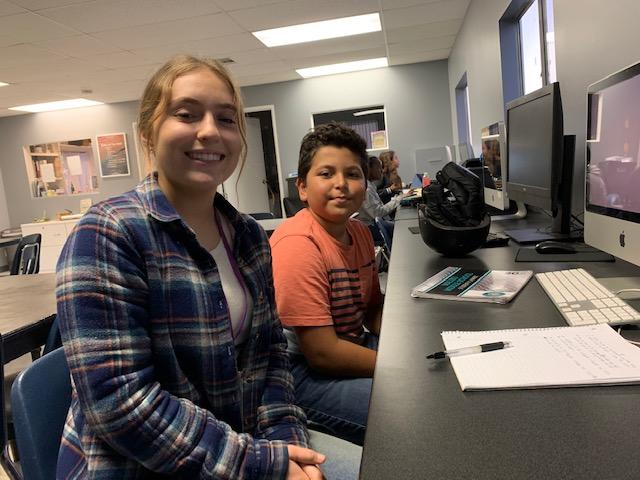 Ford tutors Yariel in a classroom for one of their first sessions together in fall 2018. Ford was one of the many Pepperdine students that serve as tutors and mentors for the SEA program.

“It was strictly posting images of people doing acts of kindness locally for her honor,” Ellen Shane said. “After a difficult two years in court after Emily’s death, I felt compelled to do something more.”

The website led Ellen Shane to contact local middle schools, asking about the availability of extra help for some students. She said she was dissatisfied with the lack of resources that the schools provided for children who fall behind in the typical classroom setting. Instead of looking into the programs that schools offered directly, Ellen Shane started her own program in 2014.

“I started with three kids in Malibu and one mentor, a Pepperdine student at the time,” Ellen Shane said. “It just grew every year and became very successful with many students around town.”

The SEA Program currently has 50 middle school students and all meetings have been virtual since March. Ellen Shane said switching gears to Zoom learning has helped her reach a wider variety of students and she hopes for a hybrid model of the program in the near future. 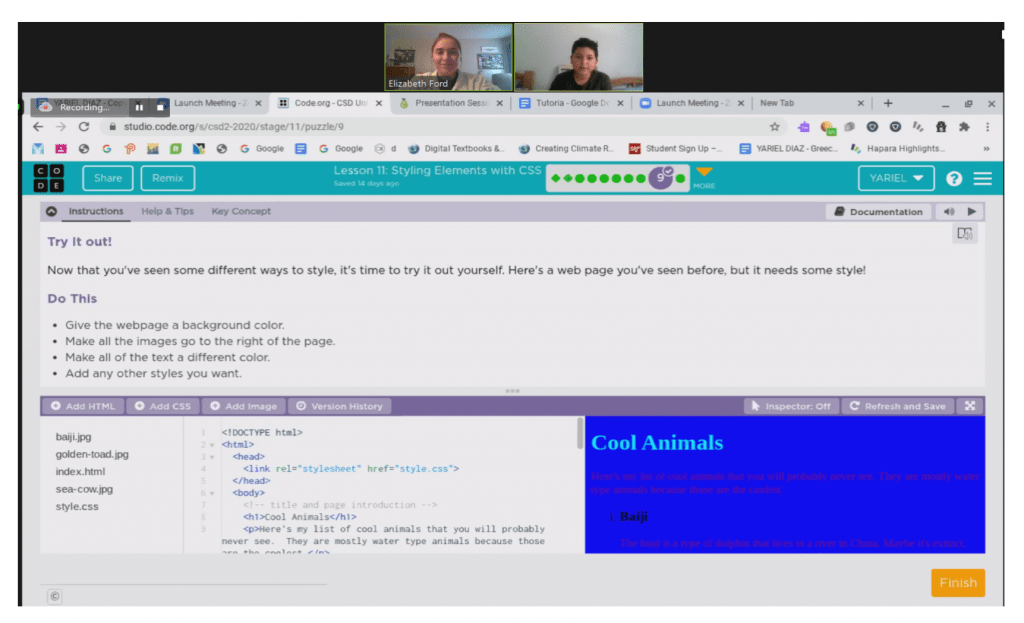 Ford (left) meets virtually with Yariel (right) on Zoom during the 2020 school year. The move to tutoring children in their homes allowed SEA to reach more students.

Clevely joined the SEA Program in September when teammate Aliyah Satterfield — who babysits for one of Ellen Shane’s friends in Malibu — sent a text to a team group chat asking if any of them would like to be a part of it. According to Clevely, he jumped at the opportunity to work for the program.

“It just fell into my lap,” Clevely said. “After hearing about it, I sent in my resume and Ellen and I completely hit it off. It’s been amazing getting to help kids in a certain subject, or how to stay organized and learn new study habits.”

Clevely said her main job for SEA is to get other parts of Pepperdine Athletics involved with the program. On Dec. 9 SEA hosted a virtual fundraising event where Pepperdine Men’s Volleyball, Women’s Beach Volleyball, Women’s Swim and Dive, Men’s Cross Country, Men’s Basketball and Women’s Basketball donated money to the program, raising $462. SEA used the money to buy 22 books that they donated to Children’s Hospital Los Angeles.

“It would be amazing to get one athlete from each sport,” Clevely said. “It can almost be an informal club where we can be a voice for the foundation and serve as mentor-tutors. Before I leave I want to make sure we keep the Pepperdine tradition going.” 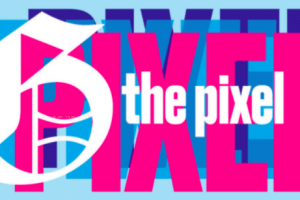