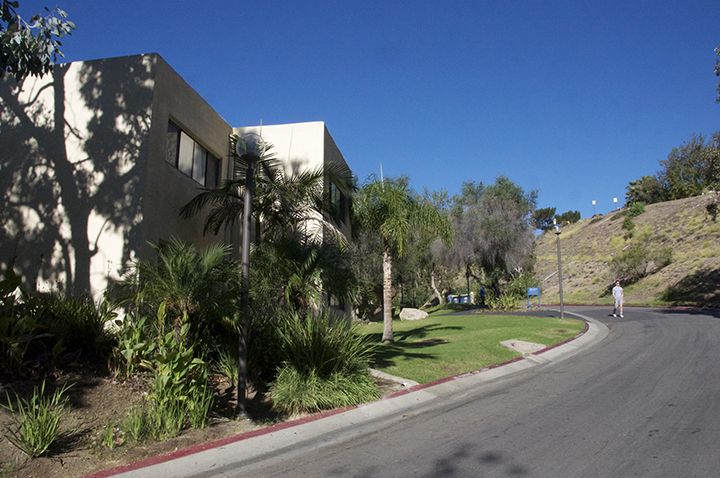 All students living in suite-style residence houses received an email memorandum from Housing and Residence Life on Oct. 3, notifying them of the presence of encapsulated asbestos in the acoustical ceiling material of the residence halls.

The memo stated that undisturbed asbestos-containing materials do not put residents at risk, but health risks may arise if the ceilings are scraped, punctured, pounded or otherwise disturbed.

Director of Communications Ali Taghavi said the memo is supposed to be sent to students every year, but this year it was released later than usual because of “staff changes” in the HRL office. The memo was not released in 2012 or 2013 due to these staffing changes, according to Luke Bost, associate director of housing.

According to Pepperdine’s Operations and Maintenance plan for asbestos-containing materials, “All members of the campus community who may come into contact with [asbestos-containing material] or be exposed to airborne asbestos fibers on campus must be made aware of that potential exposure” to inform them of potential hazards and reduce the possibility of accidental unknowing disturbance.

Associate Dean of Students Housing and Residence Life Jon Mathis said that in the last three years multiple personnel shifts occurred across several positions, including associate dean director, who is ultimately responsible for making sure the HRL office sends the notification to residents. Mathis has been the associate dean of HRL for four months.

Mathis said notifying residents about the presence of asbestos will now be added to HRL’s beginning-of-year checklist to ensure that it is not overlooked again. The memo will be sent out within the first two weeks of the academic year, ideally within the first week. 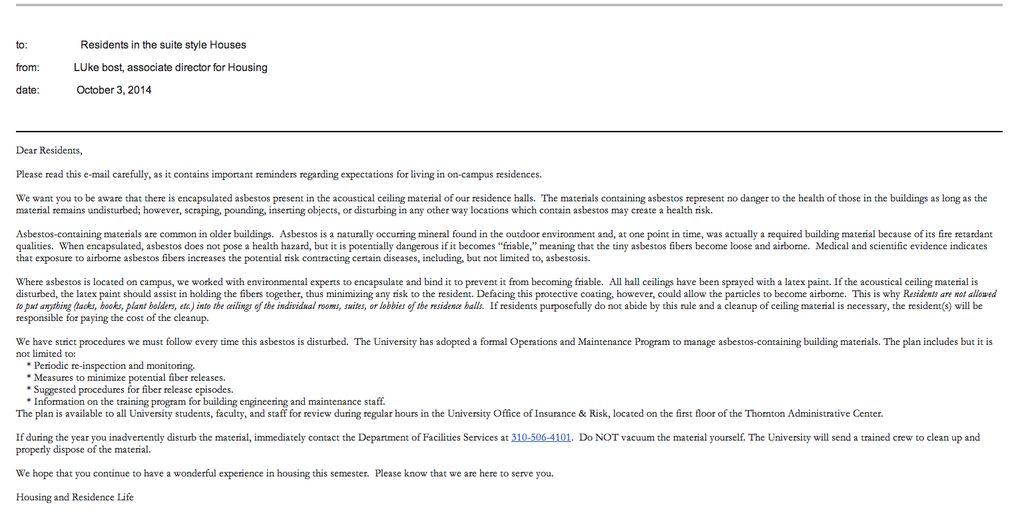 According to cancer.gov, asbestos is a natural material composed of fibers resistant to heat, fire and chemicals.

Because of these properties, asbestos was used in many industrial products, including ceiling and floor tiles, until all new uses of asbestos were banned in 1989 by the U.S. Environmental Protection Agency, according to cancer.gov. Exposure to asbestos can create three major health risks, including increased chances of developing lung cancer, mesothelioma (cancer in the lining of the lungs, chest, abdomen and heart) and asbestosis, a lung disease, according to the EPA’s website.

According to cancer.gov, everyone is exposed to asbestos in their lifetime, but most illnesses occur only after prolonged and regular exposure. The symptoms of illness may not appear for as many as 10 to 40 years.

Freshman Eden Arbogast, who lives in Roy P. Crocker House, received the memo. She said she is not concerned about her safety, but she thinks it is important to be aware of it to know when to report damage. “I don’t think that if it was a real problem that we’d be allowed to stay here, so obviously they’ve done enough research and they’ve looked into it enough that they’ve deemed it to be safe enough for us to live here,” she said. “I think it’s really important, because it’s about our safety, and I think safety is a priority.”

Junior Morgan Beck no longer lives on campus, but lived in suite-style housing her freshman year. She does not recall receiving an email notification about the asbestos.

“I feel like that’s an important thing to notify people of,” she said, noting that though she did not personally experience any problems and the immediate risk to students is minimal, “It’s still something that we should be informed of.”

The cancer.gov website also states that per EPA regulations, school’s must “inspect buildings for the presence of damaged asbestos and to eliminate or reduce asbestos exposure to occupants by removing the asbestos or encasing it.”

Taghavi said the asbestos present in the ceilings of the residence halls is encapsulated and further sealed with multiple coats of latex paint, which serves to hold the fibers together to reduce exposure if the material is disturbed. These measures bring Pepperdine into compliance with state and federal guidelines regarding asbestos management.

Pepperdine’s Operations and Maintenance Plan detailing the procedures for monitoring and managing asbestos material is available to all students, faculty and staff by appointment in the Office of Insurance and Risk, according to the memo.

The Asbestos Hazard Emergency Response Act (AHERA) states that schools, public and private, must prepare management plans and notify parents, teachers and employee organizations yearly about the plan’s availability, according to the EPA’s website. AHERA also requires schools to do a full inspection every three years in addition to periodic inspections of materials known to contain asbestos.

Pepperdine’s Operations and Maintenance plan states that materials must be periodically visually inspected, with a full report of the inspection being sent to the asbestos coordinator.

Insurance and Risk manager, Johnathan Weber said the buildings are inspected each semester by Facilities, Management and Planning  (FM&P) staff and every three years by American Environmental Specialists, the company that assisted in creating the plan.

Should the material be disturbed at any point, the plan specifies how trained facilities employees should manage the debris. However, it also states that disturbances are unlikely to occur in routine maintenance:

“Special work practices are only required where the disturbance of [acoustic ceiling material] is likely. For example, simply changing light bulbs in fixtures located near ACM would normally create little chance of disturbance … Likewise, work around low friability ACM is not likely to cause fiber release unless ACM is directly manipulated such as by drilling or cutting.”

Melissa Thornsberry, Director of Insurance and Risk, elaborated on what qualifies as a disturbance:

“What we’re really avoiding is the student that wants to hang a hammock from their ceiling, and so they take their dad’s power drill and they take a two-inch bit and they bore inches up into the ceiling so they’re going all the way through the layers of latex and drywall and everything else,” she said.

She added that students should not hesitate to contact FM&P if they believe the material is disturbed.

“If any students are at all concerned about it, we urge them to reach out to facilities, call them anytime, and let them know, because it is better to err on the side of safety,” she said.

Weber said that if a disturbance was reported, facilities personnel would assess the damage and either clean up any small debris or seek assistance with larger disturbances.

“Some of our facilities folks are specially trained to do this, but if it’s larger than what … they’ve been trained to do, then we would call in an outside third party who has more extensive training in handling and abating asbestos, and they would come deal with it,” he said.

Weber said that Pepperdine is very concerned with the well-being of the community and has taken several measures to ensure their safety.

“We care about our community,” he said. “We don’t want anything bad to happen to them. That’s why we have this plan to make sure that we’re dealing with asbestos in an appropriate way, so that we’re not putting anybody at risk,” Weber said.

Part I: There is a Difference Between Islam and IS 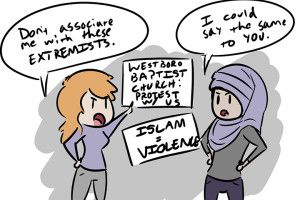 Part I: There is a Difference Between Islam and IS

Art by Sacha Irick Editor’s note: Read the second part of this piece in next week’s issue, which will be published...
Copyright 2018 Pepperdine Graphic
Back to top