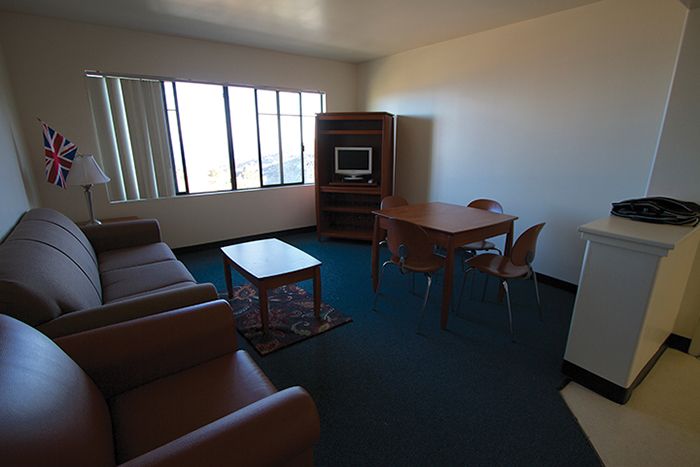 Students received an email Aug. 12 from Housing and Residence Life that said there would be a change to the current housekeeping policy.

The shift would’ve resulted in bathrooms and common spaces no longer being cleaned on a weekly basis and in students having to take their trash to the dumpsters as well as maintaining the cleanliness of their bathrooms.

“Because we want to respect your living space, we have changed our Housekeeping policy to afford you more privacy and fewer interruptions from our housekeeping staff,” the email read. “As a result, housekeeping will no longer be emptying the trash or surface cleaning your apartment.”

The email also mentioned that the new policy “lines up with the university’s mission to give you a more realistic living experience.”

Students received another email Aug. 15 from the Housing Office. This one started with: “We hear you!” and then proceeded to explain why the new apartment cleaning policy would not be implemented for the 2014-2015 academic year. The second email cited the absence of student feedback and a lack of consistency in regard to the student handbook as the main reasons for the original ruling being overturned.

There were two main reasons behind the shift in the housecleaning policy, according to Associate Dean of Students and Director of HRL John Mathis.

The first one was to “afford students more of an opportunity to prepare for what it’s like for life beyond Pepperdine.”

The second one was because Housing — in collaboration with Facilities Services — noticed there may be other higher needs around campus that housekeeping could address if they weren’t doing the apartment cleaning.

“It was really about us trying to support the Department of Facilities Services,” Mathis said. “It was the whole goal.”

Some of the general concerns were whether or not there would be a loss of employment, something Mathis addressed. “People weren’t going to lose their jobs or have hours reduced. It was relocating their resources. That was the intent behind it.”

However, that didn’t stop students from opposing the policy, such as fifth-year senior Robert Escudero.

“Students who support it would be students who haven’t lived on campus before,” he said. “I’m pretty sure everyone that’s lived on campus and seen them come in, take out the trash and clean the bathroom would definitely appreciate it.”

“That’s honestly something that we could’ve thought through better,” Mathis said. “I sincerely apologize that it got to this point and that student frustration was as high as it was because that was never our intent.”

Mathis also showed remorse in regard to how the shift in housekeeping policy was handled. “I want the student body to know we are here to serve the students,” he said. “I don’t want it to feel like Housing or Facilities Services is trying to do anything in their own best interest. We’re employed because students attend Pepperdine.”

Mathis said he didn’t want to contradict the student handbook because it’s a two-way street and that if students can be held accountable to it then so should faculty and other university services.

He also mentioned the possibility of the policy being implemented in the future.

“The communication in the email we sent out could’ve been better, I will acknowledge that,” Mathis said. “That’s not what we felt it was communicating. It felt that we’re not being forthright and that is by no means the case.”

Mathis also mentioned that even though the shift in policy seemed to be a last-minute affair from a student’s point of view, it had been an ongoing conversation since last spring.

“As long as they tell people earlier and they’re aware of it, I think that’s why people were so upset; because it came out of nowhere,” junior Olivia Kim said. “But if they took a step-by-step process and people knew about the policy before they signed up, then they’re mentally prepared.”

Even though the policy won’t be implemented for this academic school year, there is a possibility it will be for the 2015-2016 cycle — something Mathis mentioned would only happen if there is clear university-student communication.

“We need to talk to students very openly about ‘What are your thoughts?’ ‘Could this be a benefit?’ ‘What are your concerns?’ And we didn’t do that,” he said.

Others said new housekeeping policies should redirect their focus toward taking out the trash instead.

“They should focus more on the trash problem instead of the actual cleaning,” Escudero said. “Trash bins are so far away from the majority of places so to have bigger dumpsters closer will help keep the place clean easier.”

Kim said she believes that even though some trash bins and trashcans are only five minutes away, “To actually get out there and do it yourself … It’s just so much easier if someone does it for you.”

Another recent point of controversy was the limited amount of housing available for students at sign-up. This resulted in some being forced to find off-campus housing.

Mathis clarified that even though housing was 100 percent at capacity at registration, spots have opened due to “extenuating circumstances.”

“There could be withdrawals from the university, different reasons why people would have to leave their contracts,” he said. “It’s common for there always to be [openings] at some point.”

Some places are left open intentionally because of possible emergencies such as a facilities issue or another significant event that warrants a change of dormitory.

“There are some we could still fill with people coming in,” he said. “It’s a bit of a process trying to figure out how to make all that work but we’re in the midst of that now.”

Students received an email from Housing on Aug. 22 detailing the availability of “a limited number of spaces” that were originally set for graduate students. Those interested were asked to contact Housing as soon as possible. 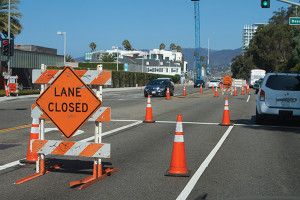 Photo by Marisa Padilla The construction for the sewer system on Pacific Coast Highway that began earlier this year is causing...
Copyright 2013 Jupiter Premium Magazine Theme
Back to top