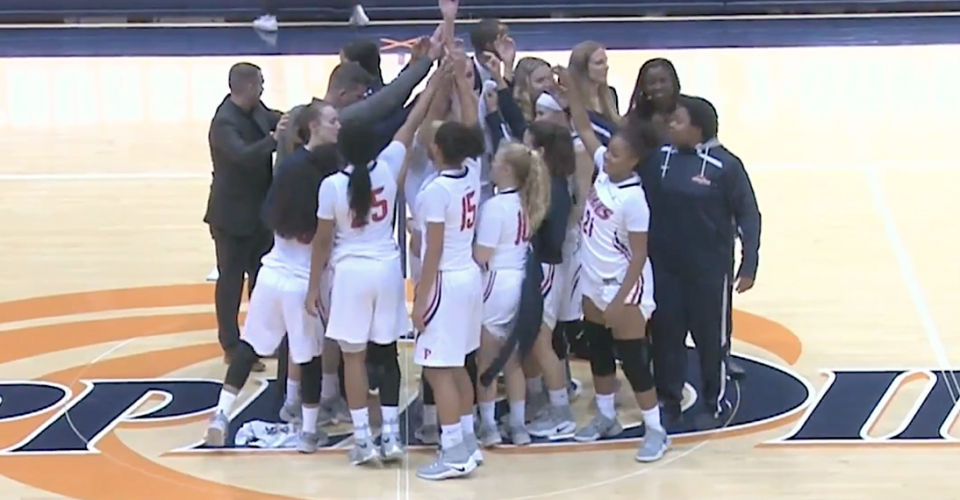 Sophomore forward Yasmine Robinson-Bacote scored 21 points on 8-of-14 shooting as Pepperdine Women’s Basketball hung on to a late lead down the stretch for a 59-58 win at Firestone Fieldhouse on Thursday night.

Robinson-Bacote had 10 rebounds for her seventh double-double of the season, and freshman center Megan House added 14 points and 8 rebounds for the Waves, who picked up its fifth win in its past seven games to move atop the West Coast Conference standings at 3-2.

“We’re playing really good team basketball right now on both offense and defense,” Head Coach Ryan Weisenberg said. “We have a tough stretch of games coming up, but I’m confident that our team will continue our strong play as we get closer and closer to the midway point of WCC play.”

Following a close first quarter with Pepperdine leading 17-16, Pacific’s offense erupted early on in the second as they jumped out to a 32-21 lead behind a 16-4 run that included three unanswered three-pointers. Pepperdine answered back with a late 8-2 run keyed by Robinson-Bacote, but the Tigers entered the half with the lead 34-29.

In the third quarter, Pepperdine’s offense came out of the break on fire as Robinson-Bacote sparked the Waves to a 10-2 charge to take a 39-36 lead. Pacific regained the lead by taking a 5-0 run to go up 41-39, but the Waves responded with an 8-2 run of their own to go back up 47-43. With three seconds left in the quarter, the Tigers got the last laugh, knocking down a layup to cut the Waves lead in half 47-45 after three.

The lead changed four times down the stretch in the fourth quarter, as both teams went toe-to-toe until the Waves got back-to-back jumpers to roll in for a three-point lead, 59-56 with a 1:32 left to play in the game. Pacific cashed in on a bucket the next possession to cut Pepperdine’s lead down to one with 1:15 left to play, but both teams struggled to score a point down the stretch.

The Tigers had two late opportunities to take the lead with nine seconds left, but the layup missed the rim resulting into a shot-clock violation. Pacific got another chance with 1.1 seconds left after tying up the Waves inbounds play, but were unable to get a shot off before the buzzer.

Neither team shot the ball well from the three-point line, as Pepperdine went 2-for-13 and Pacific went 8-for-27. The Waves shot a solid 45 percent from the field, going 24-for-53 while limiting the Tigers to 34 percent.

“Everything is coming together for us and we’re seeing the benefits behind our hard work as the season goes on,” said House. “As a young team, that’s our greatest advantage because we work so well together and it’s a sign of what’s to come.”

Up next, Pepperdine will have a two-game home-stand against BYU and Saint Mary’s on Thursday Jan. 19 and Saturday Jan. 21. 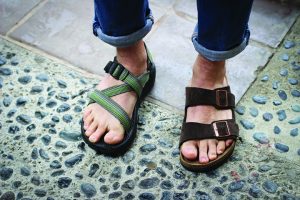 Photos by Terra Atwood No matter what the weather is like or what is going on around campus, one can rest assure knowing...
Copyright 2013 Jupiter Premium Magazine Theme
Back to top