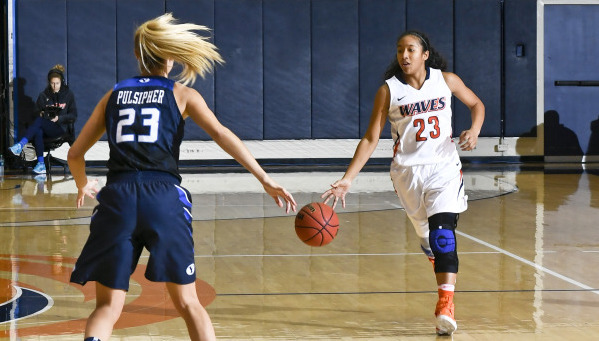 Pepperdine Women’s Basketball looked to jump ahead in the West Coast Conference standings as the team entered a tough stretch hosting three of four games at Firestone Fieldhouse.

Despite winning the first match against Pacific 59-58 in the previous week, the Waves fell to Santa Clara on the road 61-40 before returning home to play host to two of the top seeded teams in the conference, BYU and Saint Mary’s.

“I think we have been doing a great job since our schedule turned to conference play,” Head Coach Ryan Weisenberg said. “Now it’s all about coming together and letting the pieces fall in place.”

In the first match, Pepperdine hosted top-seeded BYU on Thursday night, but had to play shorthanded with two of their leading scorers, sophomore forward Yasmine Robinson-Bacote and senior guard Allie Green, out due to prior injuries.

In the first half, Pepperdine battled BYU in the early minutes of the first quarter with the Cougars jumping out to a 14-7 lead after one, but BYU caught fire on offense in the second, going 11-of-25 from the three-point line (with seven three-pointers in the second quarter) leading to a 41-12 halftime lead over the Waves.

In the second half, both teams struggled offensively, but Bordonaro led the Waves with 13 second half points. Pepperdine made a late rally down the stretch in the fourth quarter, going on a 13-0 run to close out the game, but Pepperdine fell to BYU 73-47.

“It was a tough test to play a top-seeded team without having two of our best players [in Green and Robinson-Bacote], but I think the girls all stepped up to the occasion,” Weisenberg said. “[Kim] Jacobs and [Sydney] Bordonaro did an excellent job leading this team offensively, but there are still some issues that we’ll continue to work on defensively.”

After falling to BYU, the Waves had an opportunity to bounce back with Robinson-Bacote back in the lineup, but had to face another top-seeded team in the WCC in Saint Mary’s without Allie Green.

In the first half, Pepperdine and Saint Mary’s went point-for-point early in the first quarter, but the Gaels pulled away late with a 5-0 run to take an 18-13 lead after one. Jacobs got a three-pointer to fall for the Waves early in the second to cut the Saint Mary’s lead to 18-16, but the Gaels rolled on offense, riding an 11-1 run to capture a ten-point lead, 42-32 into the locker room.

Coming out of the break, Bordonaro sparked a 13-6 run to cut Saint Mary’s lead down to a six-point game 54-48 in the third quarter, but the Gaels put the game out of reach for Pepperdine in the fourth, as the road team jumped out to an 18-5 run. Freshman guard Barbara Sitanggan and Bordonaro gave the Waves their first points of the quarter midway through the fourth to cut into the lead, but Saint Mary’s held on to win the game 81-60.

For the second consecutive game, Bordonaro and Jacobs led the Waves on the offensive end with 14 points each while sophomore guard Paige Fecske added 10 points and 6 assists.

“It was another gutty performance for us to play two top-seeded teams back-to-back, but I think we know what to work on moving forward,” Jacobs said. “Once we get everyone back healthy to 100 percent, it will definitely help as we approach the second half of the season.”

Up next, Pepperdine will travel up to the Pacific Northwest to take on Portland on January 26 at 7 p.m. and Gonzaga on January 28 at 2 p.m. 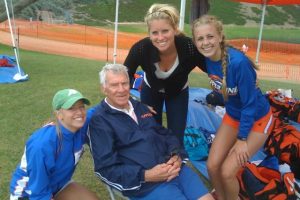